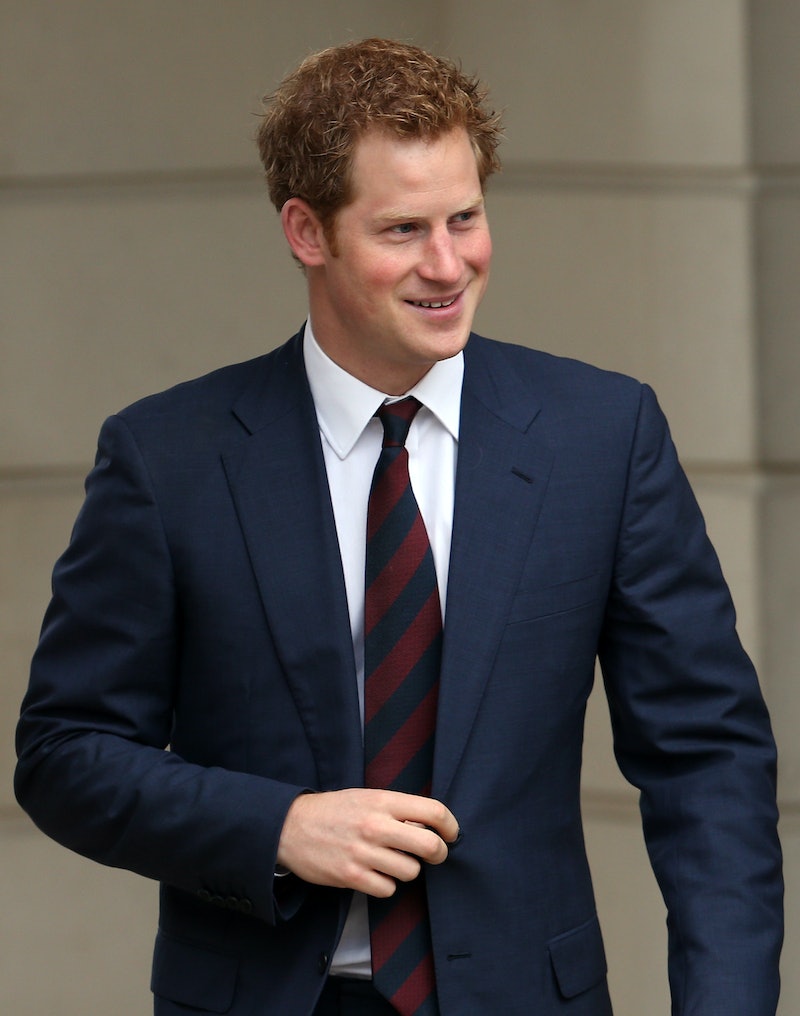 In the latest Internet-breaking news, Kate Middleton gave birth to a baby girl on Saturday morning at St. Mary’s Hospital in west London. Predictably, the fervor surrounding the arrival of their newest bundle — Middleton and Prince William's second child — was almost difficult to keep up with, giving an entirely new meaning to the phrase, “It’s the weekend, baby.” Aside from completely consuming everyone’s two days of downtime with a ridiculous amount of cuteness, Kate and Will’s precious baby has already been christened by social media as the new “#RoyalBaby” in town. While fans have been commenting on the royal birth since the news broke on May 2, however, it's just now that we're hearing from one of the closest people to the new royal baby: Her uncle. On Sunday, Prince Harry released a comment about the new princess, and it's pretty much the sweetest.

To say that the response to the arrival of the baby has been absolutely insane would be an understatement: From the barrage of hilarious Royal Baby #2 jokes to the comparisons between Royal Baby # 2 and her parents, it's been crazy in the best way possible. And, while the latter may be kind of a difficult call to make at the moment, one person we can absolutely count on to settle the score is her uncle. Prince Harry, who was taking in a soccer match in Australia at the time of his niece's birth, had this to say about the royal family's newest member. In a statement, Prince Harry said:

Who else is about ready to beg this adorable family to adopt them already? Because seriously, how cute are they?

Congrats to Kate and Will!