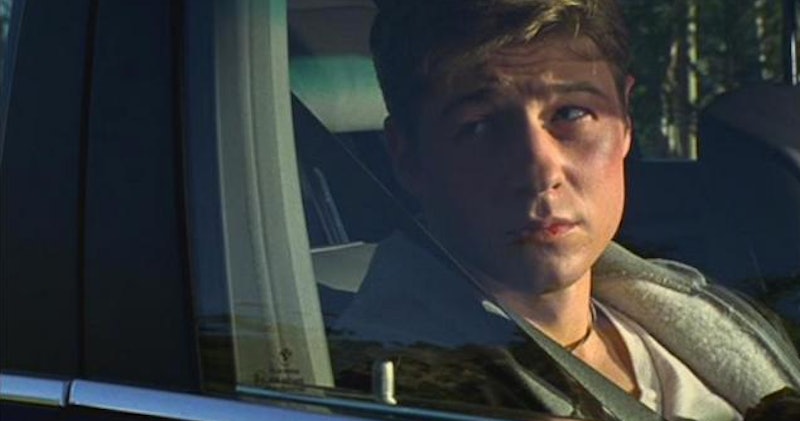 I just can’t stress enough how much I love The O.C. Ever since Josh Schwartz and Stephanie Savage graced my life with this show in 2004, I have been a mega-fan ever since. Despite this, though, I really never paid much attention to the pilot. I mean, it’s a great pilot, as far as pilots go, but there are so many other episodes on which special attention can be paid. The episode where Seth and Summer finally have sex? The one where Marissa shoots Trey? The first Chrismukkah episode? I mean, come on. So many episodes (four seasons of episodes, to be exact), and so little time. But I did rewatch it, and boy, did I pick up on things I didn’t notice when I was 16.

For those of you who didn’t watch The O.C., why? But let me catch you up — The O.C. tells the tale of one Ryan Atwood, a handsome high schooler from the wrong side of the tracks. In a nutshell, he gets arrested, thrown out of his house, and abandoned by his alcoholic mother (I promise this show isn’t a downer). Sandy Cohen, his public defender, takes him home to his posh mansion and makes him one of his own. Heartwarming, right? There are plenty of bumps along the way (and a lot of punching), but Ryan eventually assimilates pretty seamlessly into the Cohen clan. And let it be known that this was the show that inspired MTV’s Laguna Beach — not the other way around.

Anyway, now that we’ve cleared that up, let’s take a look at some things you probably missed in the pilot episode of The O.C. California, here we come.

They Use A Weird Filter For Chino

The cinematographers for this show were using filters way before Instagram was even invented. Every time they show Ryan or Chino in the episode, they use this weird, blue-tinged filter to signify that this is not the place you want to be. White trash or poor = blue tones. Remember that next time you’re ‘Gramming, people.

Some of you may know this, but the OG Caitlin Cooper (aka Marissa’s little sister) was played by bulletproof coffee enthusiast and homeless actress Shailene Woodley. I’m going to venture to say that she’s the only person who starred in The O.C. who has been nominated for an Academy Award. The role of Caitlin Cooper was recast later on in the series, and she was played by actress Willa Holland.

Peter Gallagher Is A National Treasure

I mean, just look at Sandy Cohen. Peter Gallagher plays him perfectly. He can be paternal, he can be stern, he can sing, he can grow one hell of a pair of eyebrows. I think the better question is, “what can’t Peter Gallagher do?”

Luke Is A Jerk

Chris Carmack is really lucky he plays a more sympathetic character on Nashville than he did when he was on The O.C., because I would pretty much have to hate him forever if I only thought of him as Luke.

The CGI Is Pretty Good...

The Cohen’s backyard view of the rolling waves of the Pacific Ocean is actually a green screen, but I bet you can’t tell. I’ve seen some pretty janky CGI backgrounds as of late (cough cough, Nashville, cough cough), so cheers to The O.C. for doing it right.

…But The Acting Is Not

This was a lot of the younger actor’s first real roles, so I can’t put too much fault on the fact that some of them are terrible actors. (Like most of the extras. And Mischa Barton. Sorry, girl. You hit your stride later, though!) Let it be noted that Ben McKenzie and Peter Gallagher are much better actors than necessary for a show like The O.C.

I could not for the life of me find a screenshot that was suitable, but it’s true. When Seth and Ryan sit at the kids’ table during the fashion show, Seth is talking to Chester, his sailing pupil, and the camera pans over and — boom. Comes right at you like a spider monkey.

Trey Was Recast From The Pilot

The hunky Logan Marshall-Green was the Trey Atwood that we all know and love (and watched get shot), but he was not the Trey we met in the first episode. That Trey was played by Bradley Stryker, who is currently starring on Lifetime’s The Lizzie Borden Chronicles .

...But The Rest Of The Fashion Is Awful

All of Summer’s clothes are absolutely heinous. And Luke has a puka shell necklace on. I know you live by the beach, Luke, but come on. Our protagonist, Ryan, also has a penchant for leather cuffs, so I can’t pretend like he comes out of this smelling as fresh as a daisy.

More like this
What Is the Net Worth Of Each 'Stranger Things' Season 4 Cast Member?
By Hugh McIntyre
'Friends' Creator Marta Kauffman Opened Up About Misgendering A Guest Character
By Grace Wehniainen
Jesse Tyler Ferguson Had A Funny Run-In With A Fellow ‘Modern Family’ Alum
By Grace Wehniainen
“The Door Is Always Open” For Another 'Breaking Bad' Spin-Off, Says AMC Boss
By El Hunt
Get Even More From Bustle — Sign Up For The Newsletter