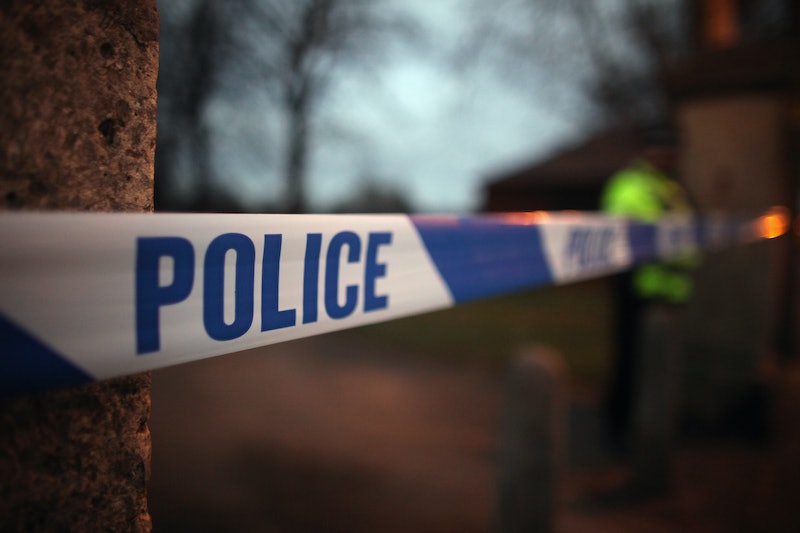 According to authorities, two suspects were shot and killed Sunday after opening fire outside a Texas art exhibit that was hosting a controversial contest for cartoons of the prophet Muhammad. The gunmen drove to the front of the Curtis Culwell Center in Garland, Texas, near the end of the day's event and began shooting at a security officer, the city said in a statement posted to their Facebook page. The security officer's injury were not life-threatening and the surrounding area has been evacuated as there is still a bomb threat, the city said. But what's the motive behind the Muhammad art shooting? While the motives of the gunmen are still unknown, the story behind the art contest could be front and center.

In Islam, depictions of the prophet Muhammad are banned since the figure is viewed as a sacred religious figure. The Charlie Hebdo attack in Paris that left 12 people dead in January was a response to the satirical magazine's portrayal of the prophet, which some called blasphemous. But while Charlie Hebdo's cartoons offered a journalistic point-of-view that could be safeguarded under the rights of press, the Garland event has taken on the mantle of freedom of speech, a claim that could be up for debate.

The Muhammad contest was organized by the American Freedom Defense Initiative, which calls itself a "human rights organization dedicated to free speech, religious liberty, and individual rights," according to its Facebook page. But critics claim the AFDI and an affiliate group, Stop Islamization Of America, are extreme right-wing organizations with views that have been called "Islamophobic." For example, in 2010, SIOA sponsored bus ads in San Francisco that encouraged Muslims to leave their faith. Sunday's AFDI event was headlined by Geert Wilders, a radical Dutch politician who in December was charged for promoting discrimination and hate speech in the Netherlands. The Southern Poverty Law Center, a nonprofit civil rights advocacy has labeled AFDI and SIOA as hate groups.

AFDI reportedly booked the Muhammad contest in response to "Stand With the Prophet," an event that was intended to fight Islamophobia and also hosted at the Curtis Culwell Center on Jan. 17, according to The Dallas Morning News. The decision to hold the Muhammad art contest at the same venue was allegedly a conscious choice, the newspaper reported, and AFDI claimed they were exercising their right of freedom of speech. After much debate among the center's director, city officials, and the surrounding community, the contest went ahead as planned.

While the First Amendment guarantees the freedom of speech, it is right that should not protect views that promote hate and bigotry. But as many Muslims denounced the Charlie Hebdo attack, similarly, violence should not be the choice reaction to enacting change. As authorities investigate the shooting and more details about the gunmen's identities and motives emerge, the debate of religious rights versus freedom of speech will prove to be as complex as ever.