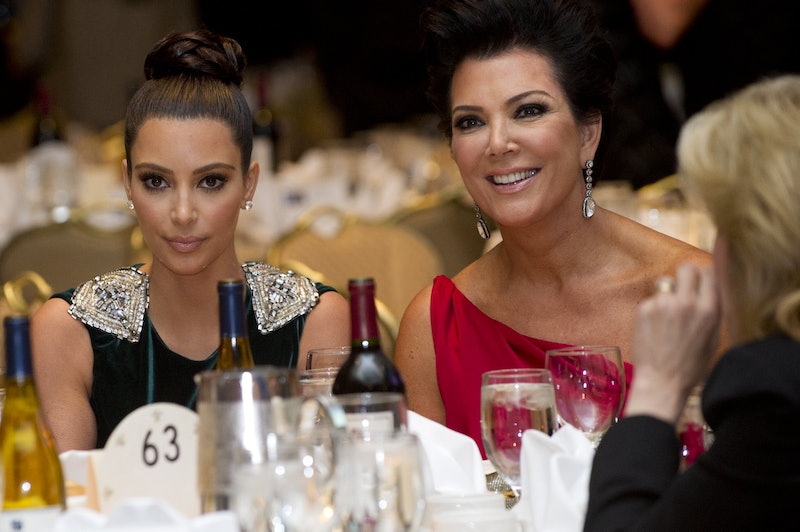 There are a few things in life that are inevitable — death, taxes, that one night every year when you accidentally drink an entire bottle of wine and decide it's a good idea to eat an entire sausage pizza alone at 4 a.m. — but is turning into your mother one of them? The idea that all women eventually transform into the lady who birthed them is nothing new. Oscar Wilde wrote "All women become their mothers; that is their tragedy" in The Importance of Being Earnest in 1895, which was at least 100 years before your most obnoxious ex told you "If you wanna know what a chick will be like in 20 years, look at her mom."

Of course, the inner psychology of women was not necessarily Wilde or your ex's strong suit. But is there any truth to this wildly prevalent claim? Do we all, in fact, hit a certain age and start turning into our mothers?

It's a loaded question for all of us — but it's especially loaded for those of us who didn't have happy childhoods, close family relationships, or otherwise enjoy our years with our moms. Are we, too, destined to become the women who raised us, even if we can barely stand them?

In honor of Mother's Day coming up, we looked towards the top research in the field of turning-into-your-mom-ology. So hold on to your capri-length chinos and your subscription to O Magazine, folks, because we are about to dive deep into the top four ways research says you might turn into your mom.

The most popularly quoted study regarding whether we turn into our mothers was conducted in the UK in 2013 — NOT by a research program or university, but by a gaming site called Dotty Bingo, which noticed that most of the site's users had been introduced to the hobby of bingo by their mothers. Of the 1,000 women surveyed by the site, half reported feeling like they had turned into their mother.

Of those women, most reported that they "became" their mothers between the ages of 30 and 35, with 27 percent claiming that they completed their transformomtion at age 31. How did the survey define "turning into" one's mother? Well, it included identifying your mother as the "most inspirational figure" in one's life (over 50 percent), as well as lifestyle similarities like watching the same TV shows as your mother (24 percent), having the same hobbies (16 percent), saying similar phrases (15 percent) and being attracted to similar kinds of men (nine percent and agggggggghhhhhhhh).

2. ... Or Really, When We Ourselves Become Mothers

Analyzing the data on the Dotty Bingo survey, one can see that turning into one's mother is a more complicated affair than simply having the clock strike midnight on your 31st birthday and finding that you now care about balanced meals and nurse an insatiable sexual attraction to Josh Brolin.

Rather, the most common event that women cited in the survey as kickstarting their transformation into their mothers was the birth of their first child. Thirty-six percent of women reported acting more like their mothers after they became mothers themselves for the first time — which makes logical sense, especially considering that most first-time parents probably only really have their own parents to model their own behavior on.

But just because acting like our own moms once we become moms may be our default setting, it doesn't mean that it's inevitable. So if you think your mom did a great job, feel free to embrace the habits you unconsciously picked up from her; but if you think your mom's work as a mom should get an F from the Board of Moms, know that you're not doomed to repeat her behavior yourself.

And a 2009 study found that mothers and daughters tend to age facially in the same way — which explains why in her prom photos, your mom looks like you, photographed in the middle of doing some 1980s cosplay.

Even if you've dodged the bullet of turning into your own mom, don't be so quick to feel relieved — you may have just turned into someone else's mother. The research out there analyzing how often we marry people who remind us of our parents is kind of alarming.

And it doesn't just impact our physical taste in partners; a 2008 University of Iowa survey of 2,700 straight men found that they were most likely to marry women with an educational level and career similar to that of their mother.

Though we may be a bit inclined to pick a partner who looks like our mom, or to shout our mom's favorite catchphrase when we get frazzled, that doesn't mean we don't have a choice about whether we become our moms.

Remember, only half of the women in that Dotty Bingo survey reported feeling like they turned into their mothers, period — and that was from a self-selected group who were already interested in pondering their similarities to their mommies dearest. We all have a choice about what habits, attitudes, or tendencies we pick up from our parents — and if we want to, we can avoid becoming our parents as long as we stay conscious of it.

So if anyone tells you this Mother's Day that you'll turn into your own mother soon, just smile and nod, confident in the knowledge that we are full actors in our own lives, able to make choices we are proud of and create lives that we want to lead.

Except for the bifocals thing. Might not be any way around that. Sorry.