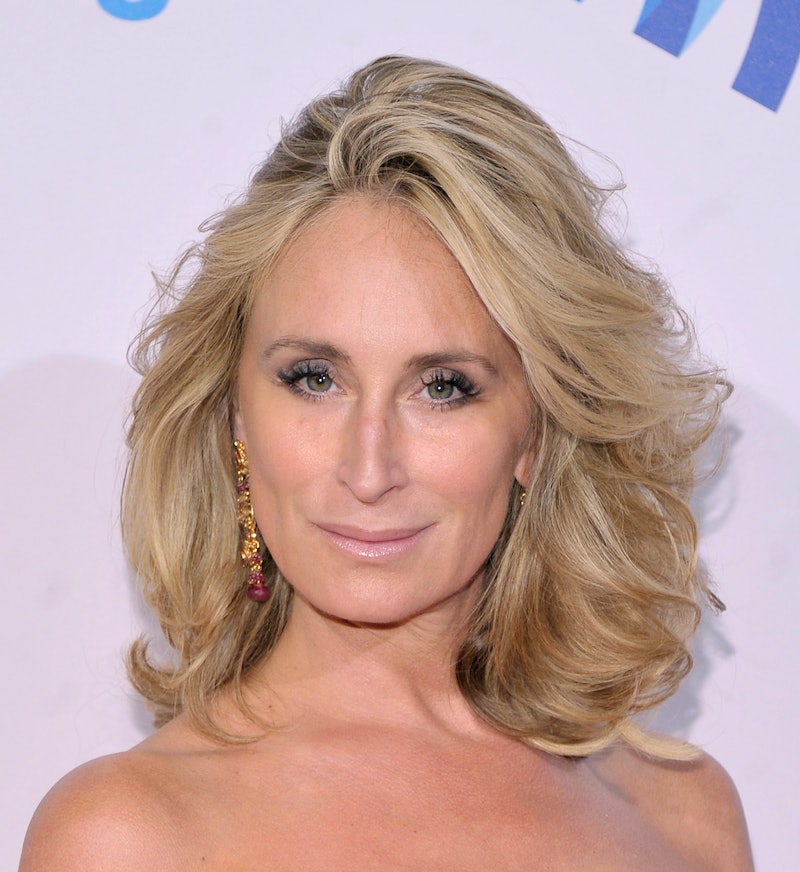 I'd argue that out of all of the Real Housewives of New York City , Sonja Morgan is by far the most fascinating. She's says some of the most simultaneously odd and observant things, she has the class to keep her private life with daughter private, and even though she's more often than not made to seem like a huge flake business-wise with a proclivity for younger men, she really does seem to have a certain amount of business and social savvy. With all of that in mind, there's just no possible way that Sonja didn't have huge things in her life before Bravo, but what exactly did Sonja do before Real Housewives Of New York ?

According to her official website, Sonja was a "mover and shaker" in NYC before RHONY fame took hold, which is pretty awesome because the phrase "mover and shaker" always makes me LOL for days. In all seriousness, though, while working to receive her bachelor's degree in Marketing from the Fashion Institute of Technology, she travelled around the globe as a model and an actress. She also worked as a luxury brand consultant for top establishments across the country, and while her bio was suspiciously vague on names of such establishments, she has long been associated with popular establishments such as Le Cirque and important businessmen like Donald Trump. On top of all of that, she was a producer on The Marsh , a movie that just recently came out starring Forest Whitaker and The Tudors' Gabrielle Anwar. Either way, it explains how she was so easily able to throw such an extravagant send-off for her late puppy.

So, as strange as all of this may seem to people who only know of Sonja's business skills from #ToasterOvenGate, Sonja really does have a pretty aggressive background in business and entrepreneurial ventures. To all the Sonja haters out there who think she's just famous for being wealthy, I say what Bethenny Frankel once said: Get off her jock.

More like this
Everything To Know About 'RHONJ' Season 13
By Brad Witter
‘RHOBH’ Newcomer Sheree Zampino Is Still Close To Ex-Husband Will Smith
By Brad Witter
Kourtney & Travis Crashed His Daughter’s TikTok Live In Their 2nd Wedding Outfits
By Grace Wehniainen
When Was 'Bling Empire' Season 2 Filmed?
By Alyssa Lapid
Get Even More From Bustle — Sign Up For The Newsletter