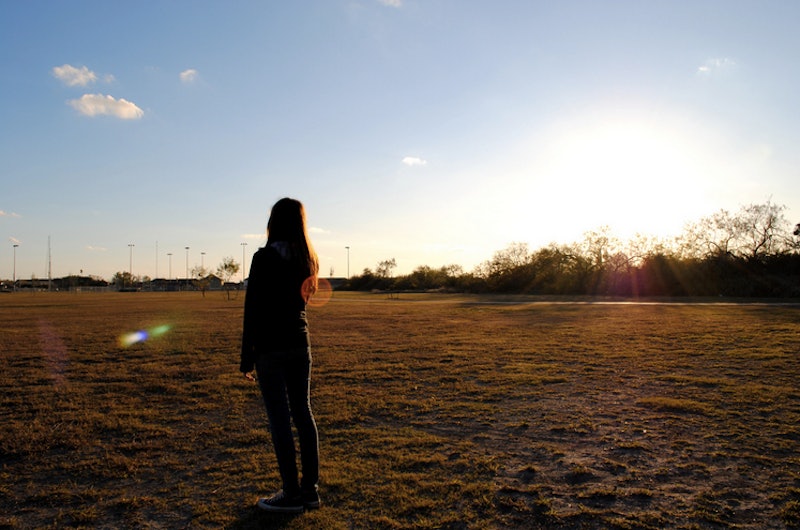 Recent news suggests an urban legend spurred a surge of suicides in a South Dakota Oglala Lakota reservation area, and the entire situation is utterly terrifying and tragic. Swapping ghost and other kinds of scary stories is a pretty thrilling experience. Although ghosts are pretty creepy, urban legends are the most frightening—mostly because they develop and evolve among one's immediate community. Usually, these are nothing more than creepy stories. Sometimes, however, these tales can inspire real life tragedy. The Sioux Native American community in Pine Ridge Indian Reservation have seen a devastating 103 suicide attempts since just December. All of the people involved are between the ages of 12 and 24. Nine of those attempts, sadly, were successful. Some sources speculate an urban legend, Walking Sam, may be to blame for the boom in teens seeking to end their lives.

There are only between 16 and 40 thousand people living on the reservation. Oglala Sioux Tribe President John Yellow Bird Steele says a lot of Native Americans believe in a spirit (which some are comparing to Slender Man, because this is the internet and that kind of instant comparison is what we do) which serves as a presence that provokes young people to commit suicide. He also says many young people in Pine Ridge have been sharing really bleak instructional videos on how to tie nooses on Facebook, including directions to a specific field outside the village where a series of nooses are already hung. "Use them," they said.

Activist Keith Janis is coordinating an anti-suicide march on May 5 in Pine Ridge. Here Janis explains his plan, which also includes a prayer rally:

Pastor John Two Bulls recently discovered a plan for a group suicide. He says by the time he made it to the wooded area, luckily no one had yet gone through with the pact. He counseled the teens and says they explained they found their impoverished lives unbearable and many suffered parental abuse.

Mystical theories aside, over half of the Pine Ridge village live in extreme poverty. Schools have a 70 percent drop-out rate. Alcohol is another huge issue plaguing the community—75 percent of the adults suffer alcoholism and 25 percent of the youths have fetal alcohol syndrome. It is not an easy hand to be dealt. One Lakota community board says there are only six mental health professionals to service the whole village. So obviously, resources are limited. Other Pine Ridge citizens are also doing their part to try to dissuade the perpetuation of this tragedy, including 14-year-old Janay Jumping Eagle. Eagle, a basketball player, shared this image on her Facebook page:

If you ever experience feelings or inclinations towards ending your own life, please don't hesitate to reach out to the National Suicide Prevention Lifeline at 1-800-273-8255. They also offer a free online chatting service 24/7.

More like this
How The City Healed Five Years On From The Manchester Arena Attack
By Ella Glover
10 Times Boris Johnson Got It Wrong On Trans Rights
By El Hunt and Sam Ramsden
If Your Refrigerator Is A Mess, These 25 Organizing Products Can Help
By Courtney Young
Here’s What Sarah Jessica Parker’s Canned Cosmo *Actually* Tastes Like
By Emma Garza
Get Even More From Bustle — Sign Up For The Newsletter