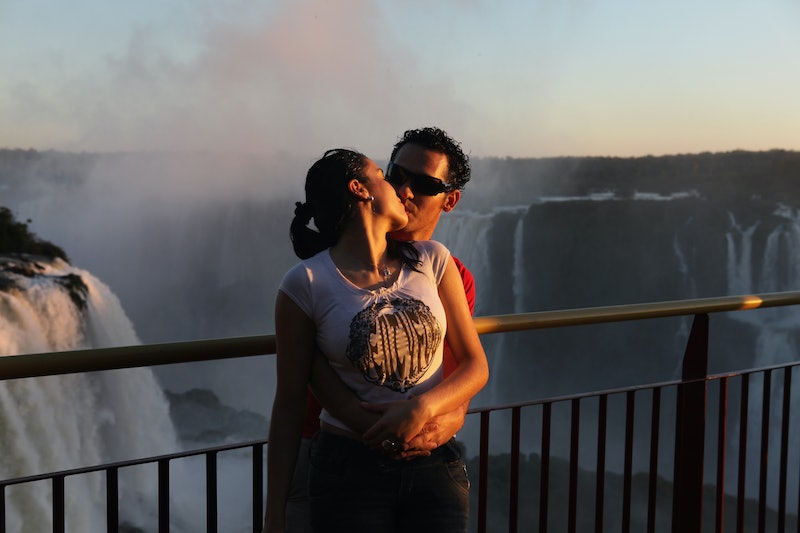 Getting pregnant isn’t always easy. According to the Center for Disease Control, one in eight couples have a hard time getting pregnant or bringing a pregnancy to term. Stats have also shown that over 7.4 million women have used fertility services in the hopes of finally getting that little bundle of joy cooking in their uterus, and yet even after that sometimes the struggle to conceive continues for months or even years. With the creation of Astroglide TTC (Trying to Conceive), the personal lubricant brand hopes to have a hand in making conception an easier task for couples with their new “sperm-friendly” lube. In other words, lube that's not going to stand in the way of sperm doing its thing.

Lubes, even if they’re not spermicidal, can sometimes mess with the pH level in a woman’s vagina. Not only that, but traditional lubes can also interfere with the speed and proper mobility of sperm, which makes for a not so great situation when a couple is trying to conceive. But Astroglide TTC is going to change all that with their new formula that’s not only compatible with sperm, but egg cells, too, and is also low in sodium and potassium, two other substances you just don’t want around when hoping to conceive.

Two studies published in the Journal of Sexual Medicine last year found that lube use is pretty prevalent among both men and women. The research found that 70 percent of all men had used lube at least once before and 65 percent of women had, as well. Lube, especially for women, helps reduce pain during intercourse that might come from vaginal dryness, and makes for a much more pleasurable experience for both partners.

It makes sense that a couple, who’s probably having sex a lot in the hopes of conceiving would want to load up on lube, especially a lube that won’t interfere with the important work they’re trying to get done. Trying to get pregnant should be fun, not a chore, and lube can help with that.

More like this
Here’s How To Reignite The Spark In A Sexless Relationship
By Vanessa Marin
Here’s How To Deal With Sexual Frustration If You Don’t Want Casual Sex
By Annakeara Stinson and Mackenzie Sylvester
I'm 42 & I've Never Had Sex. Is It Too Late?
By Sophia Benoit
Are Gemini & Cancer Compatible In A Relationship?
By Kristine Fellizar
Get Even More From Bustle — Sign Up For The Newsletter