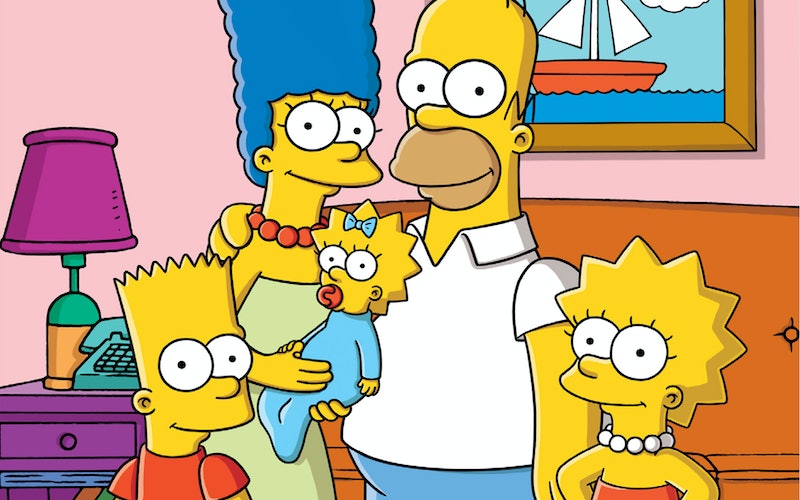 The Simpsons has been renewed for two more seasons by Fox, and the world rejoiced with a resounding, "Woo hoo!" Well, not the entire world, as there are plenty of Simpsons fans and critics who think the show dropped off in quality somewhere around season 10. But let's not listen to the Nelsons and Kearney of the world. Let's all embrace our inner Ralph Wiggum and just enjoy the fact that The Simpsons will be reaching 28 seasons and 625 episodes. That is an achievement far greater than eating a Guatemalan Insanity Pepper or opening up your very own Leftorium. Though I do agree that The Simpsons doesn't have the same impact as it did in the 90's, I'm still happy it's still around. Quite simply, I don't want to live in a world without Homer, Bart, Marge, Lisa, and Maggie.

The Simpsons is sort of like a televised comfort blanket. Just hearing its theme songs sends waves of warm fuzzies all over me because The Simpsons was my childhood. I grew up with these characters and they were always a much more realistic depiction of my life than anything you'd see on Full House. The Simpsons is almost single-handedly responsible for my absurd sense of humor and love of pop culture. There were the houses where you could watch The Simpsons and houses where you couldn't...and to this day I can almost always tell which people grew up in either of those houses.

Springfield's hey day might be over, but its visibility is still important. If young fans discover it now on Fox, they're more likely to find those glorious first seasons where The Simpsons taught its viewers that fighting with your family is normal and your parents will still love you even if you're more of a Bart instead of a Lisa. You could argue that The Simpsons will still thrive in syndication, which it does, but it's not quite the same as knowing that Sunday night on Fox means Homer time.

Here's why I will always want The Simpsons around:

Lisa Is A Bleeding-Heart Feminist

The more young fans soak up her widsom, the better.

Homer's Songs Will Get You Through Anything

It'll cure what ails ya.

We Still Need the Phrase, "Eat My Shorts"

Milhouse Will Always Keep You Optimistic

And no one does being a sidekick quite like Milhouse.

Maggie Taught Me How To Deal With Enemies

She is wise beyond her years.

And Homer Will Always be This Guy to Me

I'M NOT CRYING, YOU'RE CRYING.