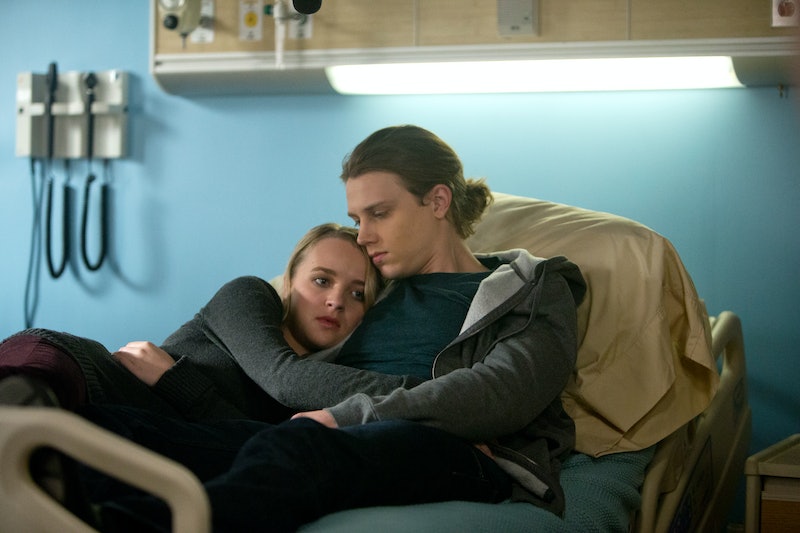 Max is easily the best person on Finding Carter. He’s cute, he’s smart, and he’s the only person that doesn’t involve himself in drama that he’s not a part of. Did I mention that he’s only like, 16 years old? Though it wasn’t easy in the beginning, Max deftly navigates Finding Carter 's complicated storylines. In fact, he reminds me of another one of my favorite “wrong-side-of-the-tracks” characters: Ryan Atwood, the protagonist and “fish-out-of-water” on the cult-classic teen drama The O.C.

For those of you who don’t remember The O.C. or were aware of it and didn’t watch (the only reason you shouldn’t have watched is because you didn’t own a television), let me catch you up. Ryan Atwood is a teen on the fast road to trouble: He comes from Chino, a California town only shown in a moody, blue filter. When his brother gets him arrested, Peter Gallagher’s Sandy Cohen is his public defender, and Sandy ends up bringing Ryan home after Ryan’s mother kicks him out. Eventually, Ryan stays with the family forevs, and he must learn to navigate a world of rich kids, water polo, and many secrets. He also wears a lot of T-shirts and a leather cuff or two. Sound kind of familiar?

It’s not lost on me that Ryan Atwood has a ton in common Max, and here’s proof.

Ryan & Max Both Have Parents They Don’t Live With

Ryan’s mom Dawn threw him out after he got arrested, and we saw her a couple of times over the rest of the series. While she was getting sober, Dawn was willing to sacrifice her own time with Ryan to let him stay in the more stable Cohen household. Max came to the Wilson household basically because he was following Carter, and he just… stayed there. No school requirements, no curfews, just… living with somebody else’s family. We’ve also met Max’s mom — she was at the hospital with him after he got shot, and then was kind of whisked away. Sorry, Mom(s).

Ryan’s love story with Marissa Cooper, the literal girl next door, is a tale as old as time. While it wasn’t without some major conflicts, Ryan and Marissa’s love story is one of the foundations of The O.C. After Max moves in with the Wilsons, he falls in love with the girl in the next room: Carter’s twin sister, Taylor. Again, this relationship is fraught with peril, but I really like them as a couple — if Taylor would get her act together.

Ryan & Max Both Start Out With Conflict

Ryan’s transition into the Orange County culture was a lot more difficult that Max’s assimilation into the Wilson household. Ryan punched a lot of people (remember, “You know what I like about rich kids? Nothing.”), and Max, well, really didn’t. That isn’t to say that Carter’s parents thought Max was a good influence on their daughters: They didn’t. But when they realized Max was only hanging out because he loved both Carter (in a friend way) and Taylor (in a love way), they were happy to have him stick around. Also, both Ryan and Max really chilled out, and it was nice to watch.

Ryan & Max Both Adopt This New Family As Their Own

I still think it’s very strange to just decide to live with a new family, but hey, they did it. Ryan was a lot less open to letting the Cohens into his heart (he’d been hurt before, and by many people) than Max was with the Wilsons, but each of them became a true member of their respective family. I guess both Max and Ryan now have two families — one biological and one adopted — and both love them very much.