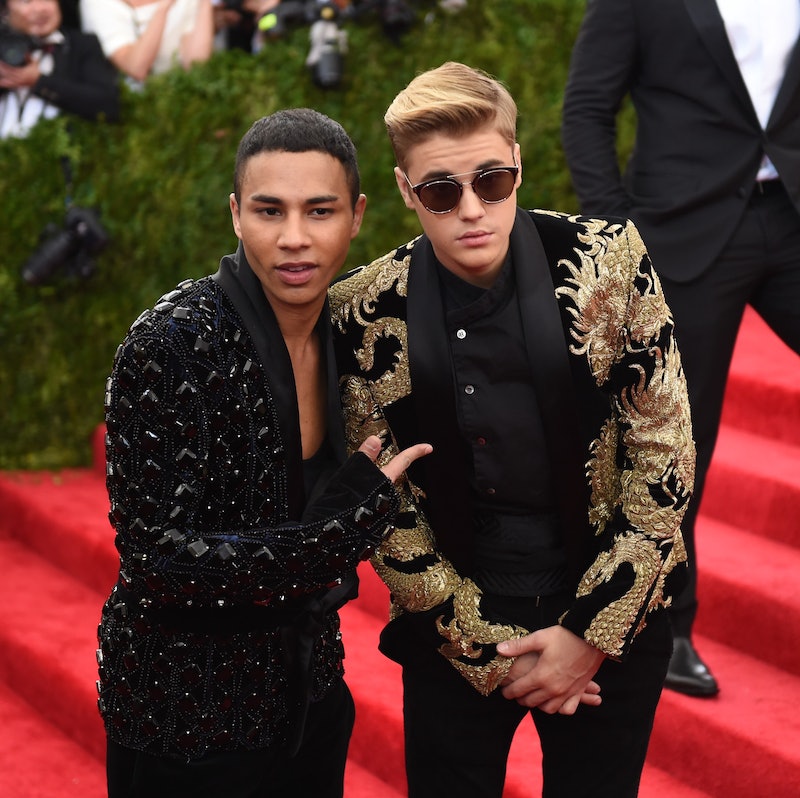 This year's annual Met Gala implemented a social media ban and guests were informed that “The use of phones for photography and social media will not be permitted inside the gala.”, according to Page Six. Apparently, Anna Wintour and her Vogue entourage weren't strict enough, because celebrities like Behati Prinsloo, Justin Bieber, and Kim Kardashian disregarded the Met Gala social media ban, posting tons of #selfies and groups shots with their famous BFFs via their smart phones. Nice try Wintour, but did you really think you could come between a Kardashian and a selfie?

I wonder if this rebellious stunt will cause any friction between the fashion queen and fashion-loving stars? I'm pretty sure any hope of Miley Cyrus landing a Vogue cover is now gone.

This #nophones rule was definitely a little ridiculous, at least IMO. I totally get wanting everyone to unplug and enjoy a special night with friends and colleagues, but you can't expect to order celebs around and tell them what they can and cannot do with their own personal possessions. What's next, taking away cell phones all together? Are we back in high school?

Besides, if I spent hours upon hours getting glammed up for a high-profile event, I would definitely want to show it off and share it with the world. I can't blame celebs for wanting to do the same.

Here are all the celebrity social media shenanigans from the Met Gala, despite the no selfie rule.

Can't keep the selfie queen from her selfies.

No surprise here. Hollywood's most notorious rebel was (obviously) one of the first to break the social media ban.

Madonna was clearly influenced by Kim to break the no selfie rule, and judging by that caption she clearly doesn't give a damn.

Once again, no surprise here.

I didn't expect this from Kerry Washington! This proves that everyone was doing it.

...And Kendall Jenner, Jourdan Dunn, Emily Ratajkowski and ever other supermodel at the Met.

Even new BFFs Reese and Sofia got in on the fun.

VS angels at the Met gala? That obviously deserves a snap.

FOMO is hitting pretty hard right now. Maybe that was the reason behind the ban?

Of course Vanessa Hudgens hopped on the bandwagon. She LOVES Instagram.

Kendall is part Kardashian, which means selfies are in her blood.