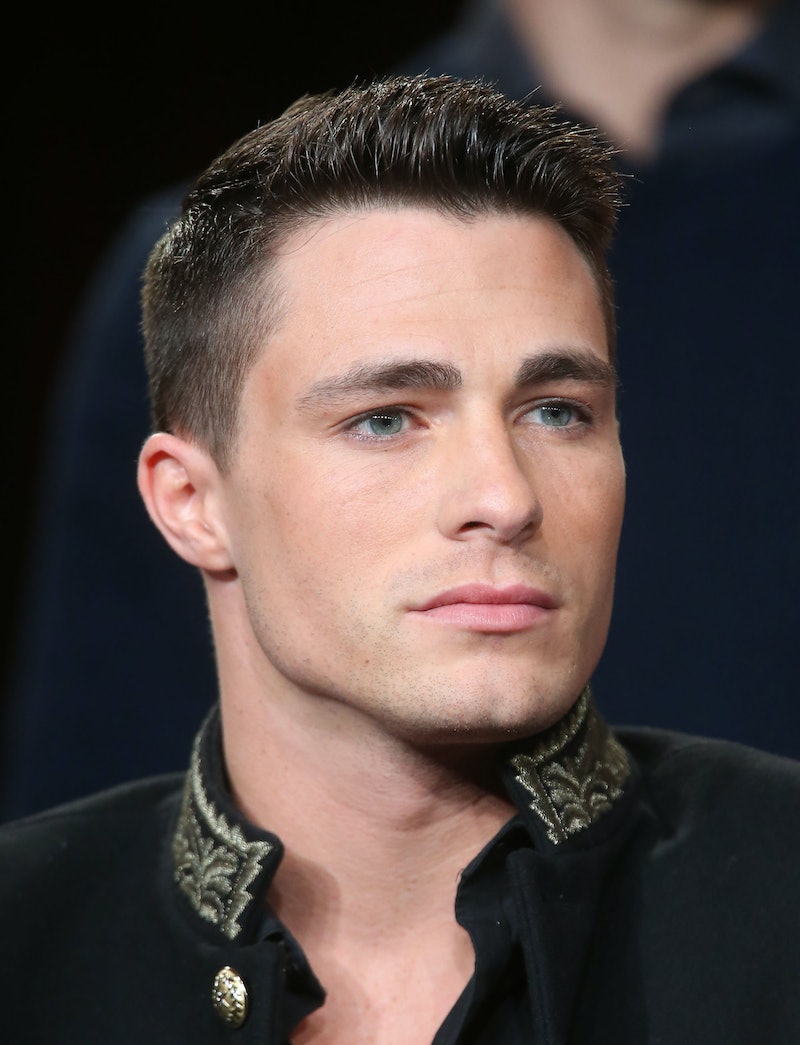 Goodbyes are just the worst. Next week marks not only the end of Arrow Season 3 (how I am going to survive the months between seasons is still beyond me), but also the very end of the Arsenal-era, with Colton Haynes leaving the series. No, I'm not crying — it's just really dusty in here, you guys. There are many things I'm going to miss about having Roy Harper around (but that's a post for a different day), and not having Haynes on my TV screen week after week is going to take some adjusting to. The bright side is, it's not like we've seen the last of him. Haynes already has a solid career under his belt with starring turns on both Arrow and Teen Wolf, and now he has nothing but options ahead of him. However, exactly what he will be up to remains a mystery, since he hasn't revealed many details about his life post-Starling City, which leaves me to wonder, what will Colton Haynes do next?

First up seems to be movies, since the next big thing for Haynes was actually made while he was still working on Arrow. He is starring alongside Dwayne "The Rock" Johnson in the movie San Andreas — and I for one could not possibly be more excited to see it. While we wait to see his future career moves, I have some suggestions for what Haynes can do next.

You heard it here first folks, this guy is going to be big. While he is clearly cut out for action-adventure movies, I can see him doing every bit as well in the more dramatic roles. This guy has range!

We know he is really really ridiculously good looking, and he had already worked as a successful model before he started acting. Let's put those cheekbones to good use!

What's the harm in adding in one more superhero show? It would fit in perfectly with the action-packed line-up currently on The CW. Plus, think of the crossover potential. Thea could pull double duty on both shows, and everyone would meet up for family dinners. Can someone please make this happen?

Because if you haven't heard him live-tweet an awkward first date, you haven't truly lived.

He's wry, he's witty, and he looks great in a suit. What more do you need? It's basically a perfect match. Correspondent Jason Jones is leaving The Daily Show , so why not replace him with Haynes? It would let the former Arsenal do something totally different while still gracing our TV sets.

Hopefully it would just be filled with on-set pranks and of all of the different workouts he and Stephen Amell did together — with photos. There would have to be beautiful photos.

This one is a personal favorite since Rickards and Haynes are real life besties and out of this world cute together. This new show could follow them as they travel the world wearing cool outfits and eating exotic foods.

But no matter Haynes does after leaving Arrow, even if it's totally unexpected, I will so be there.