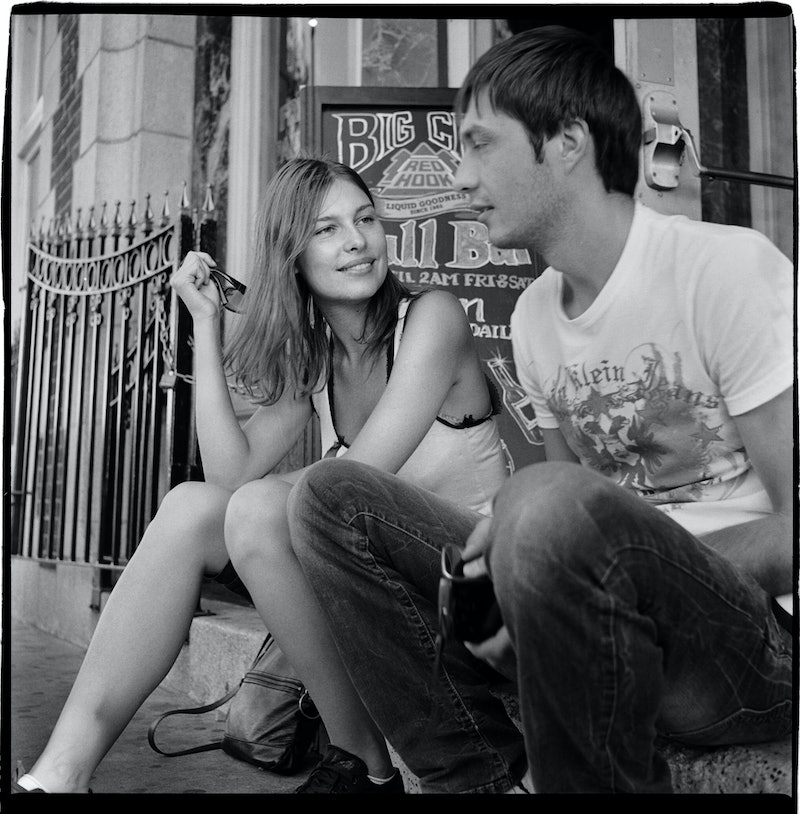 Someone just leaked a guide called "Steps To Becoming A Douche Bag," which was circulating around a Connecticut high school back in 2010, to Jezebel, and it's the worst. And in the process of being the worst, it has revealed all the worst things about so-called "pickup artists," a group of men who practice and share tactics for manipulating women into sleeping with them.

I hadn't heard of pickup artists until I was a victim of one. Well, of a "former" one, as he described himself to me over sushi at a restaurant in New York City's Greenwich Village.

He spent a phase of his life buried books and online forums about how to trick women into giving him a notch to add to his bedpost, he confessed. But that was back when his self-esteem was nonexistent, before he realized that the foundation of any worthwhile relationship is an honest understanding of your partner. Allegedly, he had come to this understanding over the course of a year immersed in Buddhist meditation on a boat.

I thought he was interesting. I wanted to hear what other insights he had gleaned during his meditative months. So, I agreed to follow him to a nearby speakeasy. (Cue the part of the horror movie when the audience screams at the screen, but the protagonist just can't see that vampire behind her.)

Then, on cushioned benches over spiked cider, he said something truly shocking:

"You're definitely cute but you could go up a few points with better styling."

"You're wearing a lot of solid colors. You could use a necklace to dress up that shirt."

I had spent fifteen minutes before that date at Sephora doing myself up with samples (the highest and most expensive form of primping I tend to indulge in), so this was not cool.

"What do you mean, a few points? That's, like, implying I'm not enough points for you."

"Come on, you knew you weren't the prettiest girl in New York City."

At the end of the night, he demonstrated impressive psychic powers: "So, I guess I'll probably never see you again?"

"I think the most we could ever hope for is a friendship."

(Don't worry, I didn't retain any hopes for a friendship or a fuck.)

When I told my friend this story later, she stopped me at the part when he critiqued my appearance.

"He was what?" I pictured the magical eggs known as "neggs" in the virtual pet game Neopets.

My friend explained to me that "neg" spelled with one G was something far less pleasant than a prize you collect online for your virtual pet during Easter. Instead, negging is the pickup artist technique of saying something to decrease a woman's self-esteem so that maybe she'll want to sleep with you to bring it back up. It's often qualified with positive statements ("You're cute, but...," "I'd still fuck you") to let her know that though you're the dealer of the blow to her ego, you can also heal it. So basically, "former" pickup artist my ass.

That's when I decided there was a special place in hell for men who exploit women trying to get to know them and form a connection in good faith — especially women like me who give them the benefit of the doubt.

But negging only scratches the surface of what's gross about pickup artists, and the "Steps To Becoming A Douche Bag" guide (at least the title's self-aware!) exposes more disturbing thought processes in their heads.

1. They believe the "friend zone" is at worst an injustice and at best a trap to break out of.

The Twitter account DARPA Dad originally conceived of this spot-on metaphor: "Friendzoning is bullshit because girls are not machines that you put Kindness Coins into until sex falls out." Pickup artists view their lines and tactics as coins to coax sex out of the machine.

The goal of the pickup artist is not to engage in a sexual relationship with someone who genuinely wants to sleep with them. And even when the goal is not to outright sexually assault them, it is to force consent out of them that they would not otherwise give. "Girls are not intelligent, any woman can be tricked into doing almost anything you want them to do," the guide reads.

These men don't realize that if they would just be decent human beings, at least someone at some point would willingly sleep with them, and they wouldn't need to be manipulated into it. As Laurie Pennie wrote in a response to MIT Professor Scott Aaronson's complaints about feeling utterly undesirable and abject during his adolescence, there were girls who "were terrified, just like you, and ashamed, just like you, and waiting for someone to take pity on our lonely abject pubescence, hungry to be touched." But pickup artists would rather have as many meaningless one night stands as possible than one authentic relationship. "Quantity is more important than quality," the guide instructs. And honesty? Useless to the cause: "Lying is one of the most useful tools when dealing with girls."

4. They categorize women based on their sexual behavior.

Playing into the classic "virgin/whore" duality, the advice in the guide is broken into different techniques to use on different women like "The Slut" and "The Goodie Goodie." After reading the advice for "The Goodie Goodie," I wondered if that's how my pickup artist pegged me that night, given that one piece of advice for dealing with Goodie-Goodies is "you need to show that you want to change your ways (haha)." Could talking about how he was no longer a pickup artist have been my date's chosen pickup artist tactic?These tactics aren't just wrong; they're sad. I went into my date-gone-wrong excited to meet him, and if he had just been himself and treated me like a human being, I likely would have been happy to see him again and so forth. But he gave up this shot at a relationship with a nice person for ... what exactly? The chance to insult me so that he could maybe sleep with someone with self-esteem as low as his? That's where the problem stems from. Pickup artists have such low self esteem that the first scenario I described, in which a woman actually wants to spend time with them, doesn't seem like a possibility. So, they'll take what they can get — and all they can get in their minds is maybe a shallow, false, one-night thing. I am sad that they feel this way, but it doesn't excuse their behavior. There are plenty of people with low self-esteem who don't objectify people, lie to them, make them doubt their self-worth, and employ any means necessary to add notches to their bedposts.