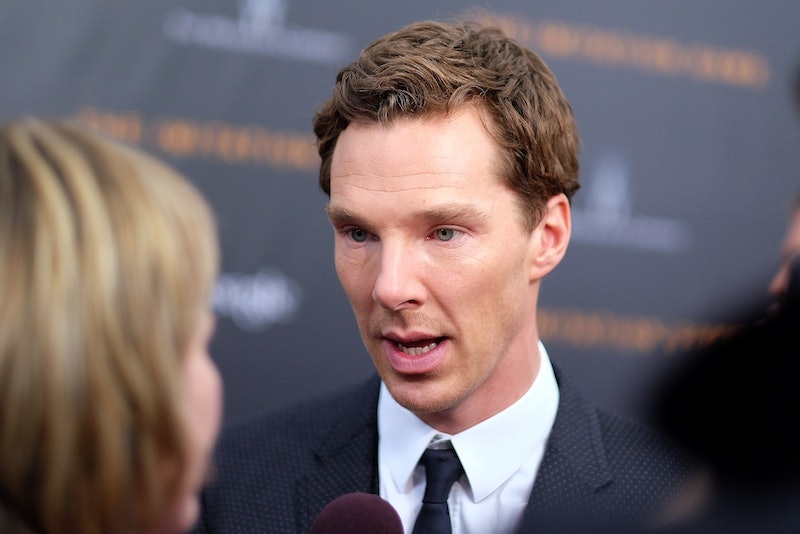 I know I can't be the only person who had a small heart attack when it was announced that Martin Freeman would be in Captain America: Civil War. Freeman is best known for playing John Watson on BBC's Sherlock, alongside co-star and Tumblr prince Benedict Cumberbatch. Now, Marvel has already cast Benedict Cumberbatch as Doctor Strange in one of their many upcoming movies, but I doubt anyone thought that Freeman would be joining the MCU anytime soon. I know I'm still trying to get Marvel to listen to my pleas to put Tom Hiddleston and Cumberbatch in the same movie, being that they are off-screen best friends and all, but what about Holmes and Watson? Will Cumberbatch appear in Civil War, too? Don't hold your breath, Sherlock fans.

There are two things working against Cumberbatch's appearance in the film. First of all, it's a Captain America film and not an Avengers film. That means the plot is not going to be based around an ensemble — and thus be shot with the idea of a huge, storyline resolving blockbuster in mind — but instead be based around Captain America, Iron Man, and, like, one or two of their friends. I'm anticipating some Natasha Romanoff, I'm anticipating some Sam Wilson, and I'm even hoping for a little Pepper Potts and James Rhodes, but the fact that the film is a Captain America movie means we probably won't get the sprawling comic book storyline in its entirety. (Although, fun fact, Doctor Strange was a neutral party in the conflict.)

The second problem is that Cumberbatch's Marvel character hasn't been introduced to the MCU yet. That wouldn't normally be a problem, considering Black Panther will be introduced for the first time in Civil War , but introducing two characters in the same film might be asking a lot. After all, it was that kind of overreaching that kept Captain Marvel from appearing in Age of Ultron, which introduced five or so new characters in one film. Marvel wants to save some amazing things for their upcoming movies, which means that, even if we did get Cumberbatch on set of Civil War, it would likely be for a solo stinger that wouldn't have him and Freeman anywhere near each other. Let alone Cumberbatch and Hiddleston, my real prize here.

So as much as I'd like Cumberbatch to be included in all the things ever, and as much as I already think that not giving Cumberbatch a role in Civil War is wasting the opportunity to make use of the platonic chemistry he and Freeman have down pat from years of being on Sherlock together, I wouldn't hold out hope that it's actually going to happen. We might yet see Freeman appear in Doctor Strange, depending on who he ends up playing Civil War, but Civil War is probably as big as it's going to get without adding more Marvel heroes that haven't been introduced yet into the mix. Besides, at the end of the day, this is a Captain America movie. We should be spending most of the film's runtime with him.