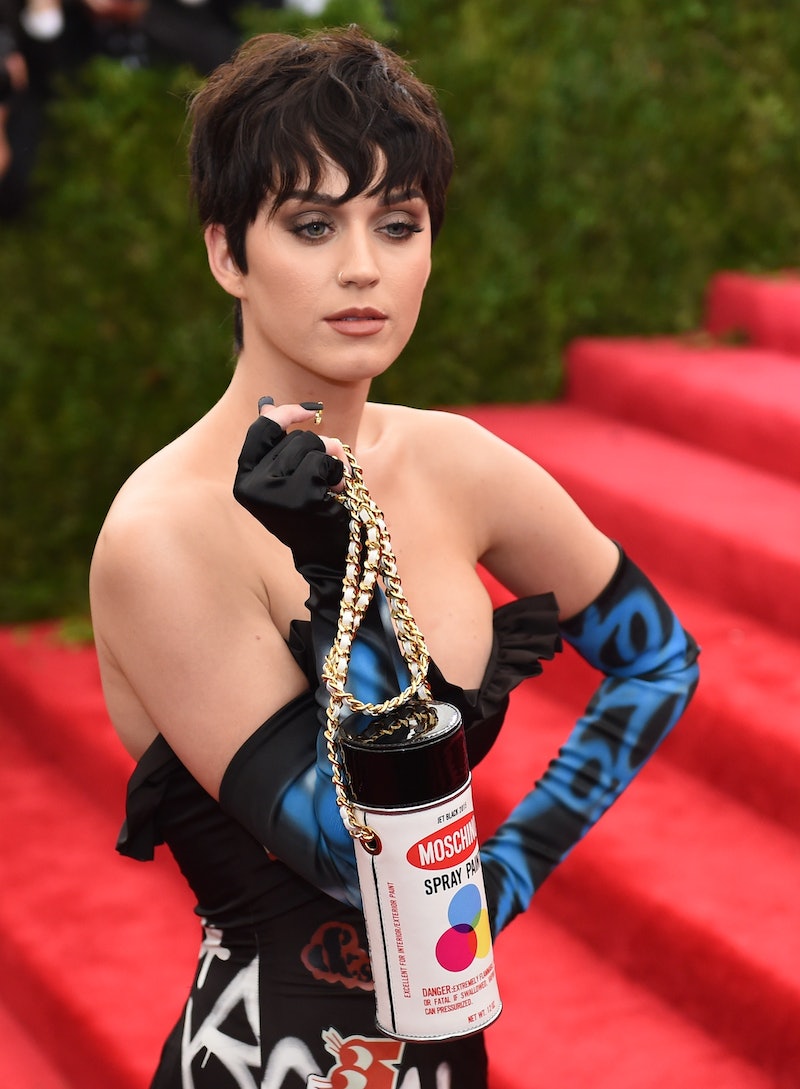 TIMOTHY A. CLARY/AFP/Getty Images
By Arielle Dachille
May 6, 2015

If there is a favorite Kardashian to be had, most people will say Khloe (or Bruce, in light of recent news), but Katy Perry is not most people. In a red carpet interview at the Met Gala, Katy Perry said she's Kris Jenner's "biggest fan." Later on, inside the hallowed halls of the Met, Jenner probably dubbed Perry an honorary Kardashian child. Her name starts with K, so it works.

Perry told Entertainment Tonight during an interview on Monday's Met Gala red carpet that she thinks the Kardashians are "completely valid." The singer said, "I was thinking the other day, we’ve all had our own commentary on the Kardashians, but if Kardashians’ hadn’t existed, there wouldn’t have been the fantastic Bruce Jenner, who is just evolving everyone right now with all of his wonderfulness.” Perry is, of course, referring to Bruce recently saying that he identifies as a woman.

But out of the whole Kardashian Koven, one lady has a very special place in Perry's heart. "Kris Jenner is very important to me," the singer said. Proclaiming that the world's most famous momager was the source of inspiration for her new haircut, Perry said that she was Jenner's "biggest fan." Lest you think she's being ironic about her Kris fan-ship, she went on to clarify that her fangirl status is for realizes. “That is not sarcastic at all. She has a great sense of humor and she’s kind of like the mother of everyone.” If by "mother of everyone," she's thinking of the cool mom a lá Regina George's mother, she's got it about right.

But why specifically is Katy Perry so into Kris Jenner? Let us count the (probable) reasons that Purrz is such a big Mama Kris fan.

Not like a regular mom... A mom who loves margaritas, Justin Bieber, and keeps up on all the hot gos... Happy hour is from four to six, guys!!!

She LOVES her friends

Jenner's hokey vintage video about all the things she and her friends did back in the 20th Century is a classic. My best guess is that Perry not-so-secretly desires to accompany Jenner on any and all visits to Valentino, Thehe Cheesecake Factory, and Judith Lieber.

It's no secret that Perry began her career as a Christian rock singer, and Kris Jenner is heavy into church and bible study and all that jazz. Obvs, if you got these two in a room, 60 percent of their conversation would revolve around their mutual friend, JC.

She's SO EXCITED TO BE HERE!!!

Hollywood nonchalance isn't for KJ. She's all about the cheesing.

Perry is undoubtedly endeared to this.