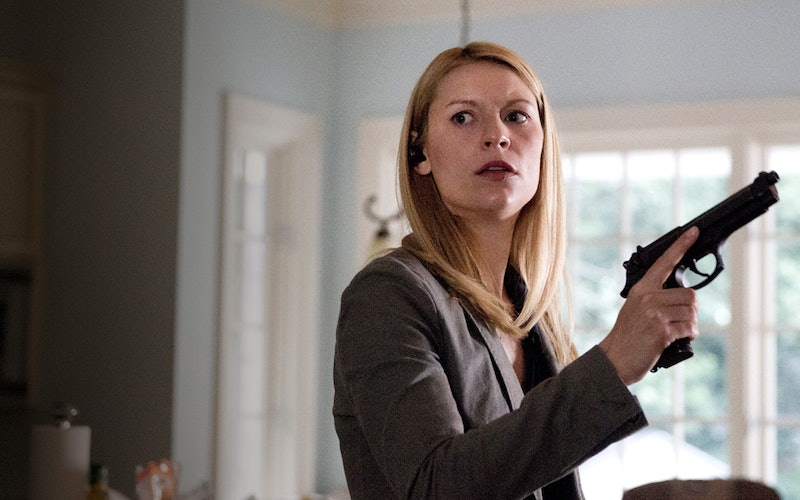 So, it looks like the massive "it was all just a ploy" arch is more or less over at this point. But hey, it's not like that plot line was any more ridiculous than Carrie Mathison and the Homeland team searching for the Big Bad Wolf. Oh wait, that was Sesame Street. Anyways, what happened this week on everyone's former favorite drama? Carrie is at work. Saul is at work. Peter Quinn is at work lurking in some dark corners. Claire Danes is topless in Interview.

Majid Javadi is the new bad guy on the Homeland scene and like any good intelligence officer (and he is, just for Iran), he knows to say delicious poison-in-the-ear-like things such as, "The most important ingredient: Trust."

Not that it is a lie, exactly. Who you can trust is one of the overarching themes of the show (and for the show runners, why do they constantly pull this stuff?!). The characters cultivate sources so that they can be trusted, and therefore betray someone else. SPOILERS AHEAD.

And this week's winner is: Saul! Because while drawers full of used pregnancy tests and killing your ex-wife with a broken bottle is insane and depraved and gross, the slow, plodding ridiculousness of the present CIA storyline (of which Saul is the mastermind) wins it all!