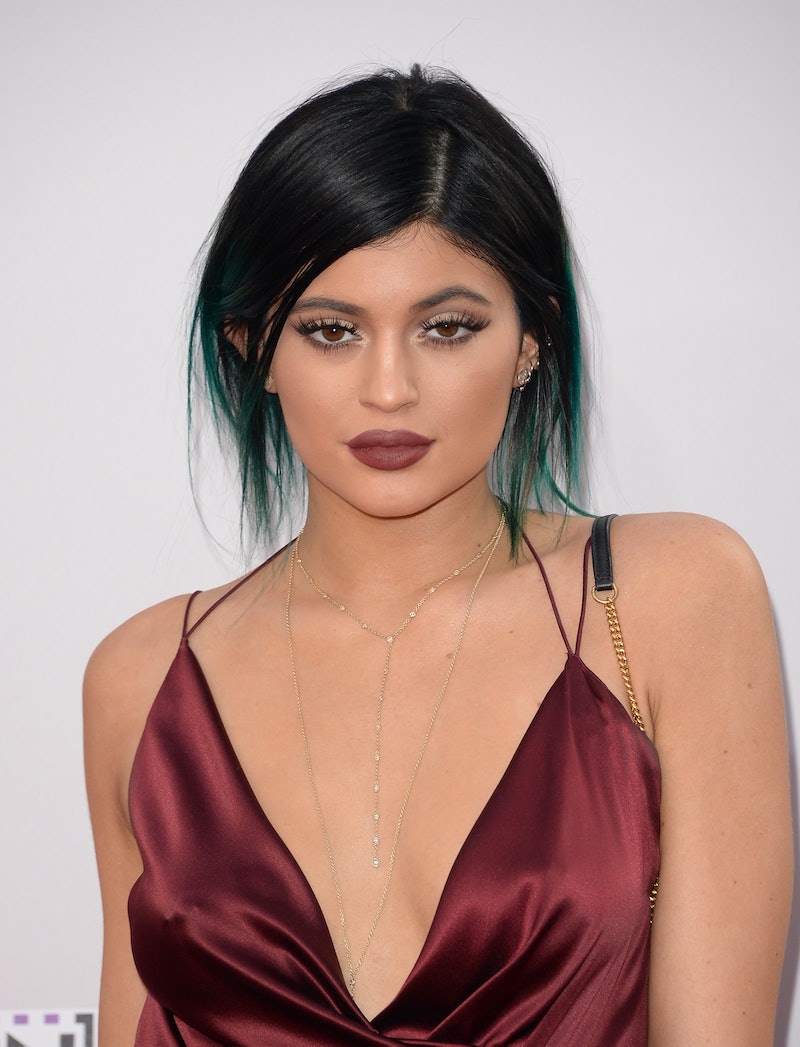 OK, everyone, it's time to stop the #KylieJennerChallenge. The reality star has finally revealed the secret behind her plumped-up pout, and we have some questions — what are temporary lip fillers, anyway? Finally, we can all stop sucking on shot glasses and get the truth.

Temporary lip fillers are an alternative to implants, which can last for years, or until you decide to have them removed (and hopefully not on the TV show Botched.) The injections, on the other hand, last about six months, according to WebMD. There are several types of fillers that are used in lip injections, including collagen and hyaluronic acid fillers, the most common of which is Restylane. The latter seems to be the preferred method, as allergic reactions are much more common with collagen.

A fat transfer is a third option, and although that may last longer than Restylane or collagen, it requires the surgeon to take a small amount of fat from another area of your body (such as your stomach or thigh,) and the only way to do that is via an incision. I don't know about you, but I like to avoid going under the knife if at all possible.

Even if they don't require a full-on surgery, lip injections definitely shouldn't be taken lightly; it is still a cosmetic procedure, so it's not free from side effects. They usually only last a few days after the injections, but there's a possibility of bleeding, swelling, bruising, and redness. Not to mention the actual process — there's anesthesia involved, but having needles stuck into your lips isn't exactly a day at the beach.

They don't come cheap, either: insurance generally won't cover cosmetic procedures, so you're looking at about $500 to — deep breath — $2,000 depending the type of injection, the doctor, and where you live, according to WebMD. Plus, you'll have to get them done again once the filler is reabsorbed into your body.

If you're interested on going the way of Kylie Jenner and trying out lip injections, more power to you — just remember to choose a reputable plastic surgeon and do some serious research (remember Farrah Abraham's lip injections? Yikes!)

As for me, I'll probably stay on the safe side and stick with my plumping lip gloss. Less risky, less expensive, and definitely less bold.