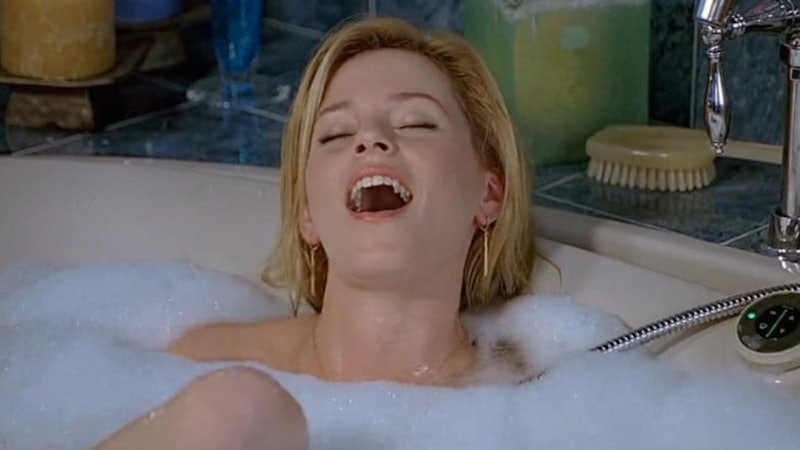 Something about women doing it for themselves still just doesn't sit right with our cultural imagination. Despite a flood of new publicity since the '90s (Samantha's seminal moment with The Rabbit on Sex And The City is claimed by many observers as the beginning of a new age of sort-of openness about female masturbatory practices), it all still has the aura of something private, wrong, and unfeminine.

So let's rub them out — pun intended.

This is one that requires clarification. It's not that women don't enjoy pornography — the massive rise in interest in feminist pornography shows that's a lie — it's just that pornography throughout the centuries has been for one gaze and one gaze only: men. While women can still enjoy mainstream pornography, their exclusion from its target market make it problematic, and raise some serious problems for philosophers like Andrea Dworkin, who think it's violent and dehumanizing to women.

It's also interesting to note that the whole mode of pornography — graphic images with minimal storyline — is tailored to men's brains. Women, it turns out, respond to other kinds of stimuli much better, like sound, touch, and smell — and to things with emotional relevance to themselves. The problem ain't with ladies, it's with the product.

Nothing against sex toys. They are lovely. I own several. But the idea that women can't possibly get themselves off without aid from a pink machine from China is damaging, not only to our bank balances but to our empowerment. Fingers can do the job very well if required for many women, thank you — and if you've experimented and discovered it doesn't work like that for your parts, or like having Lelo's entire collection in your drawer, that is awesome. But it's no universal rule.

This one probably came from the demonization of women with sexual drive throughout history. The 2013 book What Do Women Want?: Adventures In The Science Of Female Desire pointed out that for a very long time, people (including scientists) have either made female sexuality a deviant problem or put it a nice, neat, civilized box — when it's actually just as rampant and powerful as male desire.

We're in a bind, ladies: we've actually got a tiger in our tank, but if we let it out to play we're still believed to be devils in disguise. Remember that 92 percent statistic? We can't all be raving sex maniacs.

More like this
The 19 Best Tweets & Memes About Bisexual Awareness Week
By Lexi Inks
These 4 Signs Are The Seductive Sirens Of The Zodiac
By Brittany Beringer
Are Quality Time & Gift-Receiving Love Languages Compatible?
By Lexi Inks
Women Around The World Are Cutting Their Hair In Solidarity With Mahsa Amini
By Darshita Goyal
Get Even More From Bustle — Sign Up For The Newsletter