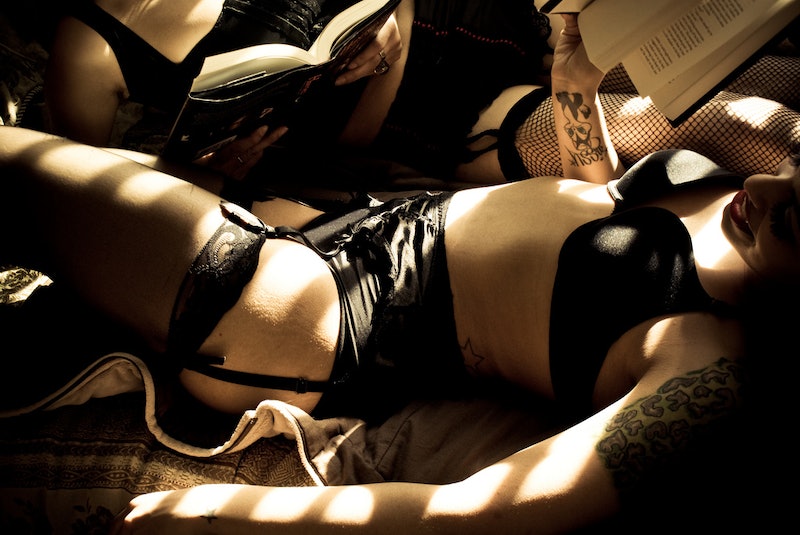 Well, the jury’s still out on the term “feminist,” especially as it relates to sexuality. There are anti-pornography feminists, who argue that pornography is harmful because it dehumanizes women and encourages sexual violence. Countering that position are the sex-positive feminists, who argue that pornography can be a useful tool through which women can express themselves and reclaim their sexuality. And, as you may have guessed, between those two camps lies a whole lot of gray area.

Wherever you side on this issue, it’s damned hard to deny that a lot of good has come from feminist pornography and sex-positive feminism. In tandem, they have called attention and added complexity to the dialogue surrounding women and sexuality. As a result, we have an enriched (if less clear-cut) understanding of consent, bodies, and pleasure. These movements have fought for the possibility of ethical sex, and for a woman’s right to feel empowered, not ashamed, by her desires.

A vintage shot of Annie Sprinkle. via anniesprinkle.org

Without being too reductive of an entire genre, here are some things you might see in a feminist skin flick: an emphasis on female pleasure, obvious consent, and representation of marginalized groups that, if done correctly, does not fetishize those groups. All different kinds and sizes of bodies feature. Even BDSM-centric films — or perhaps especially BDSM-centric films — are likely to highlight the sexual agency of the women involved, whether through backstory, dialogue, or cinematographic techniques.