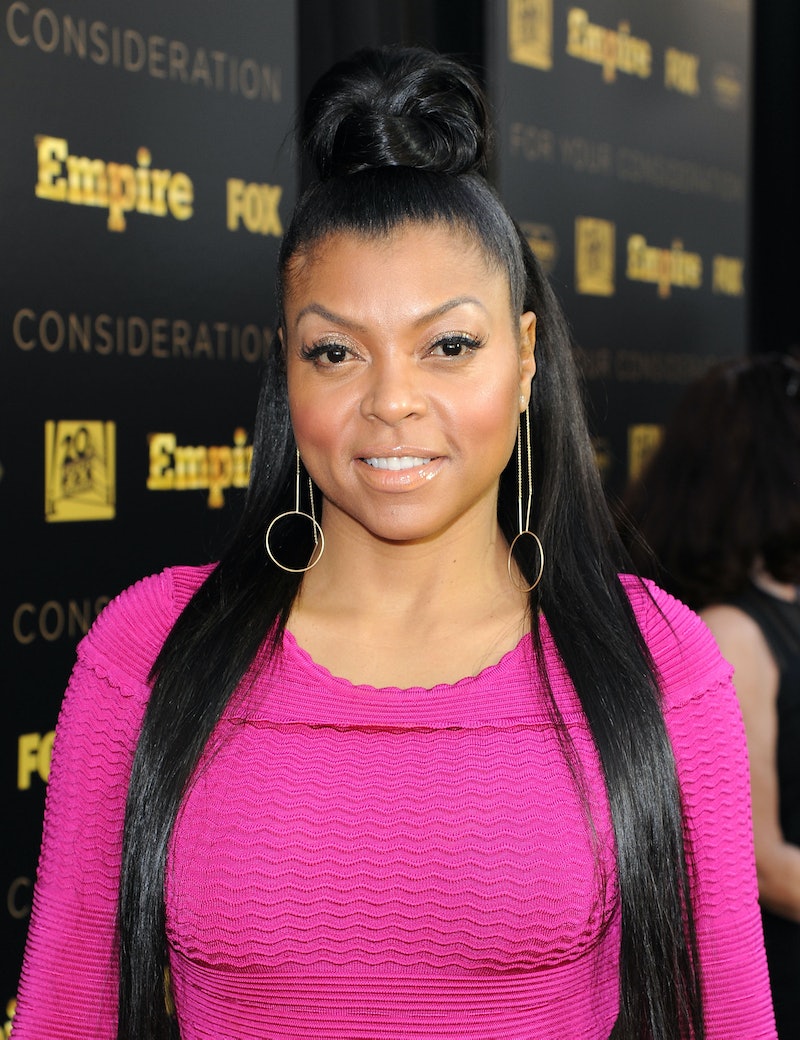 The only good thing about the time off between Empire Season 1 and Season 2 is the gossip about the show we get to read about in the meantime. There have been plenty of rumors about what's to come on the next season of the hit show. Some it might just be conjecture, but there has also been plenty of news that has been confirmed by the television show's cast and crew. Yes, that's right. Cover your eyes or just plain run away, because there have been plenty of Empire Season 2 spoilers already, even though the show isn't back until the fall.

Some of the things I have heard were pretty much expected, like Gabourey Sidibe and Ta'Rhonda Jones getting upgraded to series regular status. And then there were spoilers that I just cannot believe. There is no way some of these things are true. Right?

The Season 2 spoilers below are just too crazy to be true. I don't know about you, but going from zero information to a whole lot of spoilers is pretty overwhelming for me. It has been quite a bit to process, but I've broken down what we know so far about the upcoming season.

We haven't heard from Alicia Keys in a minute, so I have a feeling that her appearance on Empire will be perfectly aligned with some sort of musical comeback for the singer. She just has to sing on the show, right? I could totally see her doing a duet with Jamal Lyon. It's unclear if she will play herself or another character, but either way it's going to be a good thing.

The Season Will Be Split Into Two Parts

It's a good thing that the second season

will have more episodes, but the only bad thing is that it will have to be split into two parts. This means we get two premieres and two nail biting finales. This means more anxiety for fans, and that social media will blow up even more that usual.

Yes! I honestly felt like her story line was far from over on Empire . Naomi Campbell just got up and left the show out of nowhere. I am so happy that Campbell is set to return to the show. I have feeling that her character Camila will be scheming and ready to pounce with some revenge against Lucious Lyon.

Ne-Yo Has Joined The Songwriting Team

If you thought that the music couldn't get any better, Ne-Yo has joined Timbaland as a part of Empire 's songwriting team. And as we all know, Ne-Yo knows how to write a hit song for pretty much any artist. It looks like we're about to get even more songs from Empire's

soundtrack stuck in our heads.

Chris Rock Will Be On The Show

With all the drama on Empire, I feel like Chris Rock will bring some much welcomed comedic relief to the show. I have no idea what kind of character he will play, but I picture him as some sort of music executive. I definitely don't see him rapping or singing as a musical artist.

I've been wanting more Lenny Kravitz in my life ever since he randomly appeared during Katy Perry's Super Bowl half-time performance. There is no information about his story line available yet, but you know he's going to end up singing and/or playing guitar. He will probably also be shirtless since, well, he's Lenny Kravitz. It would be pretty hot if he ends up getting with Cookie. Just throwing that idea out there to any Empire writers who may be reading this...

Ummm what? How is the show supposed to function with Terrence Howard's character staying out of the drama? In an interview with E! Online, Empire's executive produce Irene Chaiken said, "Lucious will always be central to the story no matter where he is. Beyond that, we're not there yet. We'll figure out whether Lucious is in or out of prison or in and out of prison, and how he will be integral to these story lines." Well, that is a plot twist I didn't see coming. I figured he might be behind bars for an episode or two, but I never thought that it would be the whole season.

Well, my head is about to explode and I only know mere tidbits of information. I can't imagine how all of this will actually unfold during Empire Season 2, but I am definitely excited to find out.