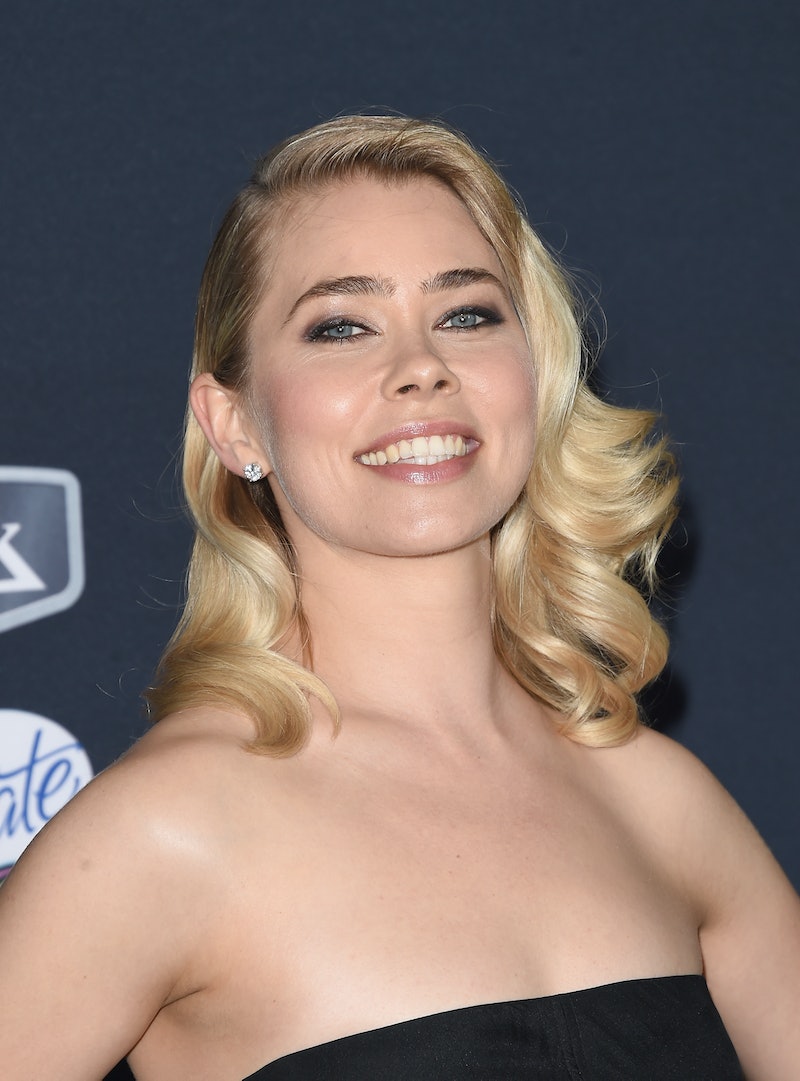 Now that the long wait for Pitch Perfect 2 to hit theaters is finally over, fans of the epic, aca-awesome franchise are likely still raving over the film and discussing its finer points. For instance, how does it compare to the original Pitch Perfect? And will there be a third installment of Pitch Perfect ? In the midst of pondering plot lines past, present and future, it's likely that many are also asking another question related to the film: Who is the lead girl in Das Sound Machine?

Well, guys, you've come to the right place, because I have your answer: In reality, the "lead girl" who plays the role of Kommissar in Pitch Perfect 2 actually has more than a one-word name in real life (and a quite beautiful one, at that). Birgitte Hjort Sørensen is a 33-year-old theatre, TV and film star from Denmark. Since Sørensen’s fresh off challenging the Bellas on screen, it might be tempting to dismiss her with a haughty hair flip and an a cappella rendition of “This Is How We Do It” — but take a step back (along with a deep breath) and allow yourself to separate the movie character from the actual person, because the woman behind the feisty, leather-clad Das Sound Machine group member happens to be a rather interesting individual.

Despite playing a German songstress in Pitch Perfect 2, Sørensen is from Denmark.

She Enjoys Reading And Knitting During Her Downtime

Although in an interview with The Wall Street Journal in 2014, Sørensen said she doesn't knit on set.

She Played Roxie Hart In Chicago

In 2007 and 2008, Sørensen played the lead role in both the British and Danish productions of the famous play.

In 2013, she played opposite the Avengers star in a London stage production of Shakespeare's Coriolanus.

She Appears In Game of Thrones Season 5

Hardcore GoT fans might recognize Sørensen this season in the role of a wildling.

Look Out For Her On HBO's Upcoming Rock 'N Roll Documentary

In April, Sørensen was promoted from a recurring role to a series regular.

Hey, it's all good. Clearly, she's more than a fan now.

More like this
Taylor Swift's “Carolina” Theme For 'Where The Crawdads Sing' Soundtrack Is Here
By Jake Viswanath
Here’s How Lizzo Is Supporting Abortion Rights After The Roe v. Wade Reversal
By Brad Witter
Taylor Swift Fans Caught A Possible ‘1989’ Clue In Her Latest Awards Show Speech
By Grace Wehniainen
Taylor Swift Explained The Ambiguous Ending To ‘All Too Well: The Short Film’
By Grace Wehniainen
Get Even More From Bustle — Sign Up For The Newsletter