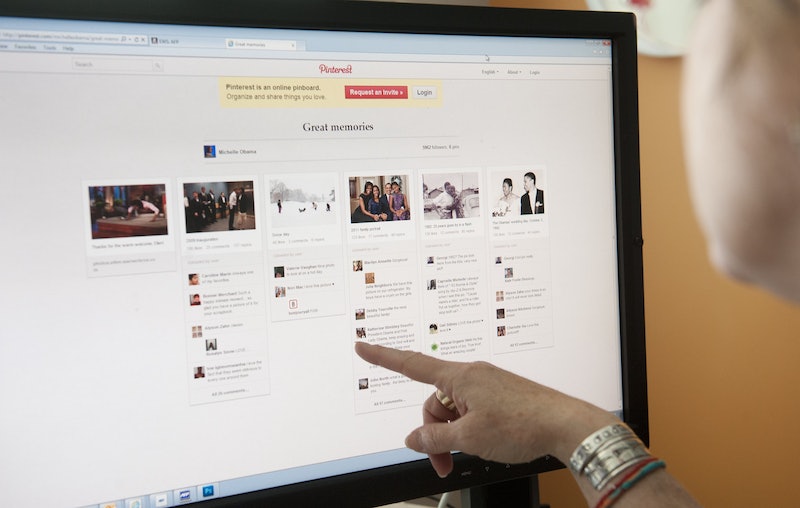 Whenever I’m all out of inspiration for home decor, Pinterest never fails me and apparently, it never fails the majority of Pinterest users either. According to Pinterest's recent statistics, more than half of all active users use Pinterest to find products they want to purchase. The stats were conducted based off a survey that Pinterest conducted with Millward Brown Digital.

The survey gave Pinterest a goldmine of important information about its users. It found that 30% of the Pinners that took the survey ended up buying what they saw on Pinterest via an online retail site while 32% found what they saw on Pinterest in a store. The survey also revealed that almost half of the surveyed Pinners were about to go through a life-changing occasion such as getting married or having a child. This totally makes sense considering the type of content that Pinterest has to offer. It’s like the Tumblr of home decor ideas, party favors, lifehack tips, and special occasion decoration ideas, so I’m not surprised that 47% of the surveyed Pinners were about to experience a huge life event within the next six months.

The high retention rates don’t end there. Nearly 100% of the Pinners who took the survey said that they use Pinterest as a means to research and gather information, plan their purchases, and ultimately help them hone in on what to purchase. Sounds like Pinterest is the ideal bridesmaid that’ll plan you the best bachelorette party or the muse for your new baby room. Now all Pinterest needs is a “Buy” button to really take this $5 million company to the next level.

Back in February, there was some chatter going around The Verge about how Pinterest is thinking about adding a “Buy” button to all their pins. However, Eva Smith, the head of marketing communications and insights at Pinterest told Wall Street Journal that they, “don’t have any plans to announce a buy button at this time.” Before you get sad, notice how Smith said, “at this time.” Sounds like a pretty vague and subjective timeframe to me. I’m definitely keeping my fingers crossed for a Pinterest buy button some time before 2015 is over.

More like this
23 Times Meghan Markle Dressed Just Like Princess Diana
By Bustle UK
How To Decide Between Using White, Pink, & Brown Noise
By Carolyn Steber
15 Years Of The iPhone, In Pictures
By Emma Carey
Using Your Pet’s Name As A Password? Here’s Why You Might Want To Change It
By Cristina Sanza
Get Even More From Bustle — Sign Up For The Newsletter