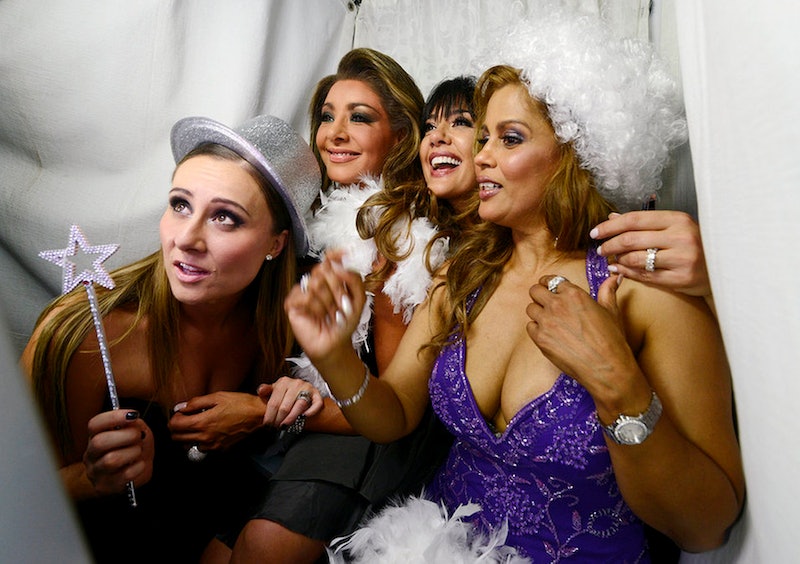 Where am I? What month is it? Am I still listening to the Melbourne Housewives fight about the Gamble stripper/call girl/sex party rumors? [Scans notes taken during Thursday night’s episode.] Ah, yes. Yes, the Melbourne Housewives most certainly are still yelling at each other about the allegations. Here's the current score: everybody (IN MELBOURNE!) is still mad at everybody (IN MELBOURNE) about what everybody (IN MELBOURNE) did or didn't say about the allegations. I really do love The Real Housewives of Melbourne, and I am sad that Thursday's episode was the finale, but if I’m being perfectly honest, I am so over this fight. Furthermore, I am so over the lack of resolution. Like, can't we just get to the root of this mess already? When the cast addresses the Gamble rumors the RHOMelb reunion, there better be some answers. I want names, dates, motives, et cetera. My stomach rumbles as I write this. Do you know why? Because I'm hungry for the truth.

Speaking of conflicts that have yet to be laid to rest, Gina and Jackie snipped at one another for the zillionth time at Pettifleur's 50th birthday party. But before I could zone out, Gina said something that caused Jackie to flip her lid. The psychic proceeded to shout at the barrister. There was a lot of pointing. There was a medium-speed chase through Pettifleur's home. At one point, Jackie attempted to shake a locked door open because Gina was standing on the other side. Needless to say, they caused a scene. It was not, as Jackie would say, couture.

The reason for the wrath: Gina told Janet and Jackie their eyes looked dilated.

Why would the current states of their eyeballs be such a sensitive subject? Why would Jackie and Janet be so anti-dilated pupils, whatever the cause of the dilation may be?

My guess: Dilated pupils are not couture. Simple as that.