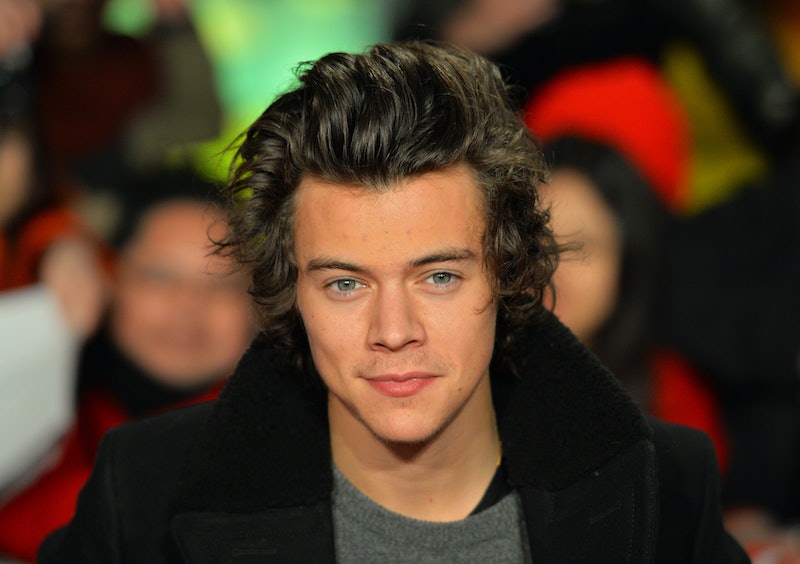 I'm sure by now the One Direction fandom has long since unearthed any and all baby photos of Harry Styles in existence. In fact, I'm pretty sure that they've dug up baby photos from all past and future lives of Harry Styles, because the 1D fandom is one collective internet super power that I have learned to fear and respect every time they start a bizarre 1D Twitter trend. That being said, I doubt any of the baby photos they found were quite as adorable or striking as this 2-year-old who looks like just Harry Styles, because this itty bitty clone is about to steal your heart faster than Zayn broke it.

Look, although my ego is bruised, I totally understand why One Direction has not replied back to my aggressive applications to take Zayn's spot in the band. It's casual. It's whatever. (I'm CALM.) But one look at this roguish tyke is pretty much all the convincing I need that pint-sized Michael Rangamiz should be the one to step up to the plate instead. He has the charm, he has the look, and he has already won nearly 50,000 hearts on Instagram, where his mother posts his most winning Styles-inspired outfits.

Here are a few of the many looks Rangamiz has pulled off for his fans:

The straight up classic

But really, this little dude had his own sense of style long before he met his clone calling. Look at classy little sass master.

At the very least, we now know that we have an easy sub for whenever Harry Styles needs to take a break on tour. Somebody get this heartbreaker a microphone. He was clearly born to be a ~star~.

More like this
Harry Styles Helped A Fan Come Out As Gay In Dramatic Fashion At His London Show
By Jake Viswanath
Photos Of The 'Elvis' Cast vs. Their IRL Counterparts Will Have You All Shook Up
By Grace Wehniainen
The Stranger Things 4 Soundtrack Spans Classic Eras & Styles
By Brad Witter
Adele Says It Would Be “Wonderful” To Have Kids With Boyfriend Rich Paul
By Jake Viswanath
Get Even More From Bustle — Sign Up For The Newsletter