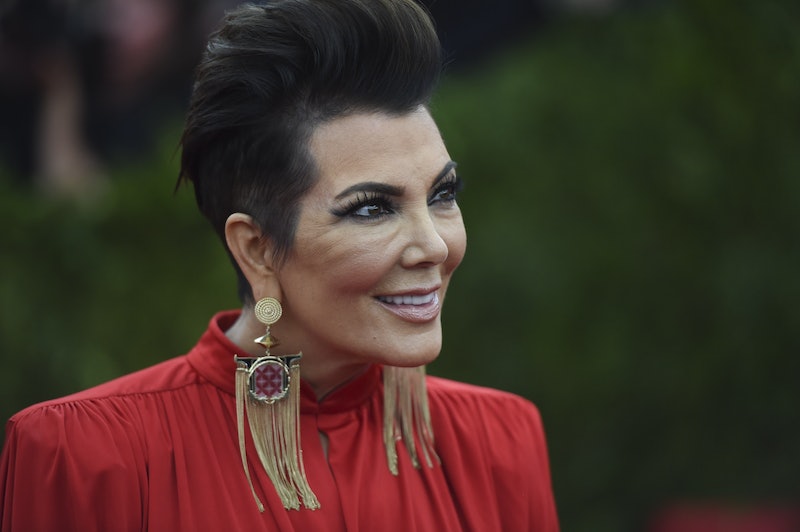 On Sunday night, E! aired the first of a two-part special called Keeping Up With The Kardashians: About Bruce , which aimed to give viewers a window into the story behind the reality star's recent admission to Diane Sawyer that he is "for all intents and purposes ... a woman." Bruce's interview with Sawyer was the culmination of months of speculation about his gender identity, but it's clear that his journey is just beginning. Sunday's episode showed private home movies filmed well before KUWTK air, and documented the process of Bruce telling his family that he identifies as a woman. The episode showed Kris reminiscing over her early life with Bruce. "It was kindof a match made in heaven," she said. "We could not keep our hands off each other."

"It's hard for me to just really believe it's happening," she says of Bruce's impending transition into presenting as a woman. "I want to support him, I want him to be happy, but my biggest concern is that you guys are OK," Kris told Kim. "I'm not OK. I don't know how to handle this."

Kris said that she "never in a million years" foresaw Bruce transitioning into presenting as a woman. In the second part of the documentary, in a tense and teary conversation with her ex-husband, she talks about how she has to mourn Bruce Jenner as though he has died.

Prior to the Diane Sawyer interview, Kris had kept quiet on the subject of Bruce's transition, and following that April 24 event, she reacted with a heartwarming tweet saying “Not only was I able to call him my husband for 25 years and father of my children, I am now able to call him my hero.”

In advance of the episode, Kris told E! News that they decided to air the special "so the people that have been watching our show for so many years and have been invested in our family can really see what the kids and I went through with Bruce." Kris also expressed hope that "maybe it brings some comfort and hope to somebody going through the same thing." It's clear that the KUWTK matriarch is supportive not only of Bruce, but of the transgender community as a whole.

Viewers who have experience with gender dysphoria or have loved ones who do may find comfort in watching reality TV's first family navigate that tricky road. One clip shows Kris saying tearily to Kim "I have these memories of this life and I feel sometimes like it didn't exist," and talking about how she struggles with the lack of honesty over the years. But Kris has put her own pain aside to show support for the person she called her husband for 24 years.

As Bruce said in previews for the special, "The love and acceptance I've gotten from Kris is absolutely overwhelming."