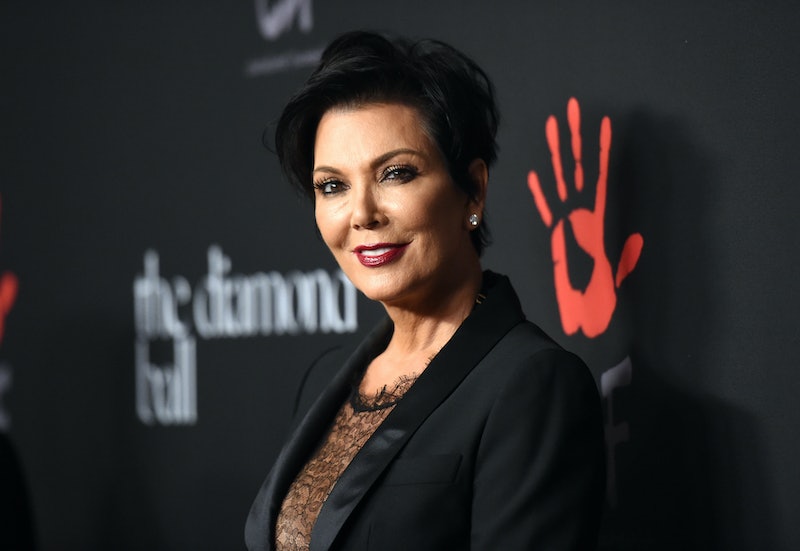 On Friday, April 24, in a highly anticipated interview Bruce Jenner sat down with Diane Sawyer. It's been rumored for months that Bruce would use the opportunity to open up to the public that he identifies as a woman, and that ended up being the case. As the nation watched, the Olympic gold medalist told Sawyer, "For all intents and purposes, I am a woman." The reality star also opened up about sharing his story with his family members, so it's only natural to wonder what their reactions were to the talk with Sawyer. Bruce's ex-wife Kris Jenner spoke out about the interview on Twitter and showed her support.

Previously, when asked about Bruce's rumored transition, Kris remained mum. While her daughter Kim Kardashian told Entertainment Tonight during an interview, "I’ll say that I think that Bruce should tell his story his way. I think that when the time is right, he’ll talk about whatever he wants to talk about." Kris took a different tactic and when asked by Love magazine, "Where did the rumors that he is transitioning come from?" Kris' response was short and simple, "I’m not even answering that. It’s just dumb." While it was unclear whether she was referring to the question being dumb or the fact that she was being asked it, she didn't say anything past that point.

Now, her words echo that of her other family members. Bruce and Kris' daughter Kendall posted the following tweets,

Their other daughter together, Kylie, posted,

And Kris' daughters, and Bruce's step-daughters, Khloe and Kourtney Kardashian also reacted on social media. Kris' words, especially along with the rest of the family's statements show how much support they have for Bruce and that if there's one thing they see him as, it's a hero.