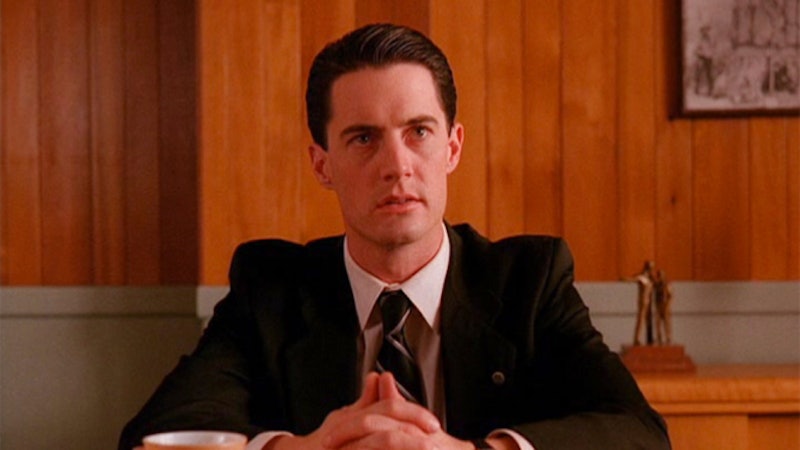 When it comes to creating a successful TV show, there's no one magic formula. You can have the best writers, actors and storylines in the world and still not get the viewership your show deserves, regardless of whether or not the critics love it. But just because a show doesn't become a worldwide phenomenon on par with the likes of Friends or Lost doesn't mean it's not a success. In fact, many shows that are canceled before they can truly reach their potential end up becoming bigger after going off the air than they ever were while airing. Take Twin Peaks , for example. The mystery thriller series only lasted 2 seasons on ABC, running from 1990-1991. However, it's gained a cult following in the years since, to the point that this week, Showtime announced that a Twin Peaks revival is in the works. Who's excited?

While it originally seemed that the reboot might not ever actually make it to broadcast, the network not only confirmed plans to reboot Twin Peaks is in the works, but that it had ordered 9 episodes more than originally planned, all to be directed by David Lynch. Amazing, right? But while I can't wait wait to see Kyle McLachlan return as Special Agent Dale Cooper, this whole thing got me thinking: why not bring back some other amazing cult classic TV shows? There are certainly no shortage of them, and I, for one, would be happy to pick up with some of my favorite characters.

If cult favorite TV shows are coming back, I think these 7 should be next.

Back before Nathan Fillion had Castle and Christina Hendricks had Mad Men, they were both on an amazing sci-fi series called Firefly, which was produced by Joss Whedon and set in the year 2517, when humans arrive in a new star system. It was amazing and ahead of its time, and it was canceled after only one season back in 2002.

This one needs little introduction. We've all been feeling a little too much like Angela Chase and lusting over our own personal Jordan Catalanos since the show's single season airing back in 1994. My So-Called Life was so intensely relatable that I'm still dumbfounded it was ever cancelled, but there's no reason we can't try again, right?

April Fools' Day was especially cruel this year, since we all thought for a split second that we might be getting a fourth season of Happy Endings and we're totally not. Luckily, this ABC comedy starring the likes of Casey Wilson, Damon Wayans Jr, and Elisha Cuthbert among others lasted an awesome three seasons... which is not nearly enough. WE NEED MORE!

How could a series about a group of professional caterers trying to make it in Hollywood ever fail? Ya got me — especially considering the likes of Jane Lynch, Lizzy Caplan, Megan Mullaly, and Adam Scott starred in it. We did manage to get a full two seasons of Party Down to, well, party down to, but it was taken from us far too soon.

I'm a bit torn on this one, since Sarah Michelle Gellar is the only Buffy I ever need in my life, so bringing this one back from the dead would be contingent upon her reprising her role. But just imagine how amazing it would be! Don't you miss her? Don't you miss Giles and Spike and EVERYONE?

Sure, Freaks and Geeks would need a bit of an update to bring it out of the '90s, but the basic concept is still strong and would resonate, for sure. Only 12 episodes of this genius Judd Apatow series ended up airing (despite 18 being filmed), but the fans are passionate about this one and I have no doubt they'd support a reboot. I know I would!

Sadly, there hasn't been a new Star Trek series since Enterprise, which went off the air in 2005 (and was pretty terrible, to be honest). But I grew up on The Next Generation and Voyager and absolutely loved it because I'm a geek. We need a new Star Trek and it needs to be brought back immediately. I demand it!

More like this
'Friends' Creator Marta Kauffman Opened Up About Misgendering A Guest Character
By Grace Wehniainen
Jesse Tyler Ferguson Had A Funny Run-In With A Fellow ‘Modern Family’ Alum
By Grace Wehniainen
“The Door Is Always Open” For Another 'Breaking Bad' Spin-Off, Says AMC Boss
By El Hunt
Kate Bush Reacts To “Mad” Revival Following 'Stranger Things' Cameo
By Sam Ramsden
Get Even More From Bustle — Sign Up For The Newsletter