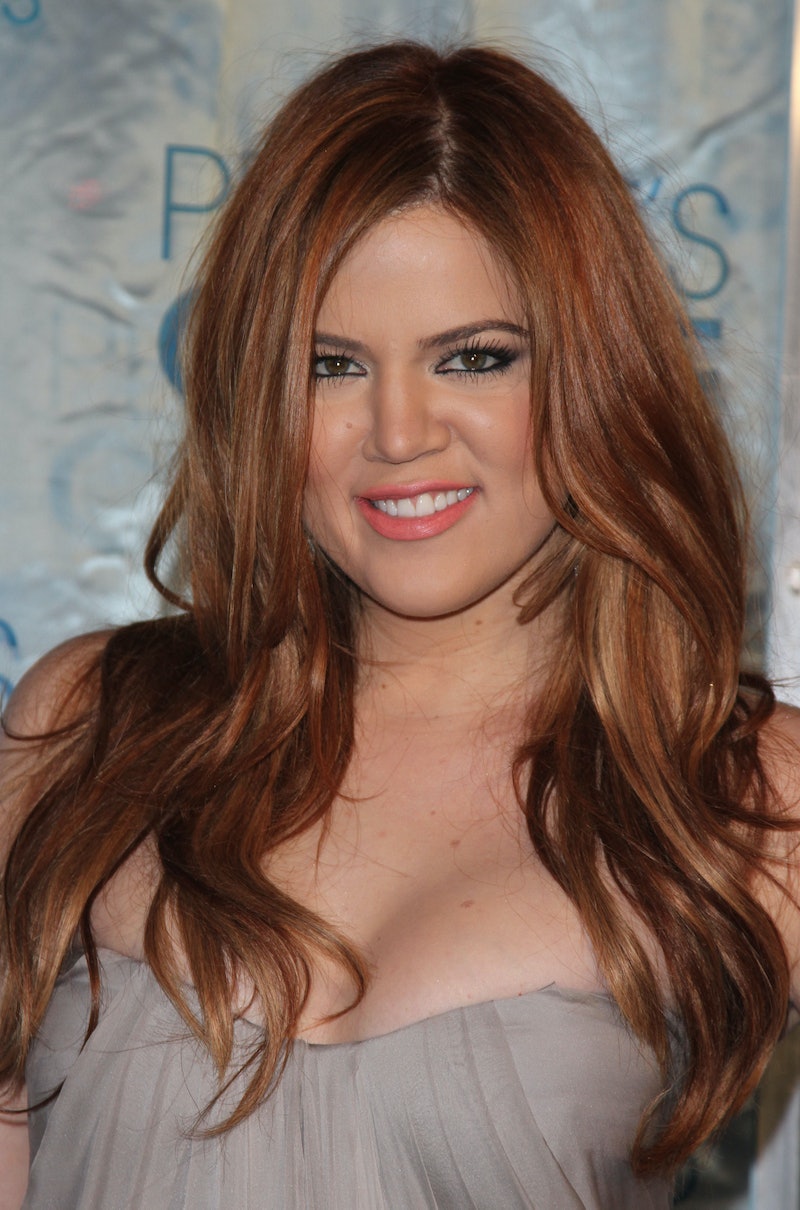 After Bruce Jenner came out as "for all intents and purposes ... a woman," he said his step-daughter Khloe Kardashian was having the hardest time with his transition. It's not surprising, because after the death of her father, she'd relied on Jenner as a strong male figure in her life. So on Sunday's Keeping Up With The Kardashians: About Bruce special episode, it wasn't surprising that Khloe had a hard time with Bruce Jenner's coming out. She reacted with anger at first, but just because she felt Jenner wasn't being entirely honest with her.

When Khloe found out Jenner intended to have "Bruce" be gone by spring, she was upset. "I don't care that you want to do it. I support you and I have always supported you, but I don't think it's fair that you don't tell us how close this is in the near future. We're still your kids," she said tearing up.

While certainly still difficult to deal with, fortunately Khloe does support him no matter what. In the special she also stopped by Jenner's to bring him woman's clothing as gifts. "I don't know her taste yet, so I'm trying to figure that out," Khloe said of the presents. It was a kind gesture that meant a lot to Jenner, on a lot of different levels. "Do you know how nice this is? Without even opening them, do you know how nice this is and how much I appreciate this?" Jenner asked her as he unwrapped the gifts, one of which included a pair of shoes identical to hers.

It was clear that her acceptance, and even participation in his new life meant a lot to him, and I'm glad to see Khloe coming around. In the episode she made it clear that she's making an effort to use the "right terminology" and not offend anyone. "I am fine with him dressing as a woman and I want Bruce to be happy," she said. She even tweeted her further support during the episode's airing, and made sure to take care to correct herself when fans pointed she might upset some with ambiguous use of the word "transitioning."

There's no doubt it's a big adjustment and will continue to be a struggle for both Jenner and his family. But with them on his side things can only get better from here on out.

More like this
Travis Barker & Kourney Kardashian’s Updates About His Health Are Promising
By Stephanie Topacio Long
Chrishell Stause & G Flip Have “No Rules Or Regulations” In Their Relationship
By Brad Witter
Michael Owen Has Shared His Thoughts On Luca & Gemma
By Bustle UK
12 Crucial Casa Amor Predictions About Who Will – & Won’t – Stay Loyal, Babe
By Victoria Sanusi
Get Even More From Bustle — Sign Up For The Newsletter