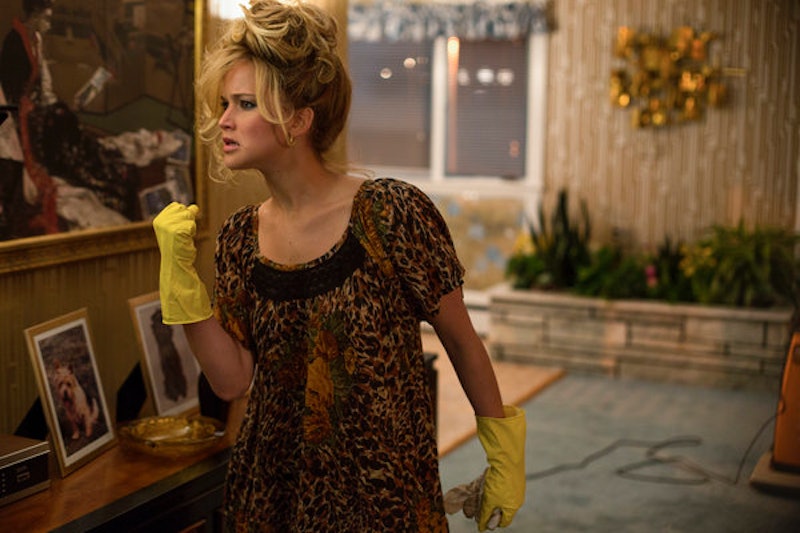 Due to their more organized nature, clean people have long been the bosses, classifying everything messy as morally weak, spiritually repugnant, and totally grody. But is being messy really a bad trait? For a question that we've been arguing about since the earliest cave roommates fought over whether cleaning up the mastodon bones could wait until tomorrow, very little research has been done that definitively proves that being clean is always better, or even that being messy is an inborn personality trait. Some experts believe that cleanliness is learned, since no child has the cognitive capacity to be truly organized until around six years of age, and many children who grow up to be neat adults use messiness in their rooms as a form of rebellion against their parents.

Other experts, noting that human beings seem to have natural neatness thresholds that indicate when they think cleaning is necessary (similar to a bee's honey production threshold), believe that the urge to leave all your clothes into a big pile on the floor is genetic, rather than learned. These researchers conjecture that neatness is an evolutionary advantageous trait — that those of us who obsessively haul hand sanitizer around with us are still taking part in a behavior that helped our ancestors ward off germs and disease.

But while being neat may have kept our ancestors from dying of the plague (and thank you for that, ancestors! Really!), there's still no conclusive proof that being neat in any way makes you a better person than your messier friends. But there are ways that it makes you different.

1. Messy People Are More Likely To Eat What They Want

A 2013 University of Minnesota study, published in the journal Psychological Science, found that subjects who had been made to sit in a neat room for a period of time and were then offered a snack were more likely to choose an apple over a chocolate bar, while those who sat in a messy room were more likely to choose a candy bar (and also probably throw the wrapper directly on to the ground, we can only assume).

The researchers believed this had to do less with neat people harboring an innate craving for sweet, sweet apple pectin, and more with social expectations — we associate cleanliness with doing what's expected of us, and thus are more likely to do what we should after spending time in a neat space. Spending time in a messy place, conversely, gives us the freedom to shove societal conventions to the wind and do what we really wanted the whole time (i.e. never stop eating chocolate bars).

A 2012 study found that 57 percent of American workers admitted to judging their coworkers based on how messy their desks were, with many of those surveyed chalking their coworkers' messy desks up to laziness. But maybe, rather than being lazy, those coworkers were just expressing their own creative take on the concept of "filing" — that same University of Minnesota study found that subjects were better at completing creative thinking tasks after spending time in the messy room. Study leader Dr. Kathleen Vohs reported “Disorderly environments seem to inspire breaking free of tradition ... which can produce fresh insights.”

Another study, conducted by Northwestern University, found that subjects seated in a messy room were more easily able to quickly solve a brain-teaser puzzle than folks left in a tidy room. And a 2012 study out of the University of Gronigen in Germany found that, when confronted with a messy desk or room, subjects were capable of clearer thought — leading researchers to believe that clutter helps many people focus and think more clearly.

So don't fear your coworker with all the empty Diet Coke cans teetering around her desk — instead, get her input on something that requires out-of-the-box thinking. I mean, what's more "out-of-the-box" than keeping everything you own in one giant pile, am I right?

According to a 2008 study published in the Journal of Political Psychology, neatniks are more likely to vote Republican, while embodied pigpens go Democrat. Study co-author Dana Carney, an assistant professor of management at Columbia University Business School, claimed that conservatives are typically people who are drawn to order and organization in their environment, but not all experts are convinced. Evan Charney, a fellow at the Institute for Genome Sciences & Policy at Duke University, told Scientific American that the study was fueled by confirmation bias.

4. Messy People Are Less Likely To Donate To Charity

If you were feeling smug about your free-wheeling, candy-eating, march-to-the-beat-of-your-own-slovenly-drummer self, now might be a moment to reel that in. That same University of Minnesota neatness study found that 82 percent of people who spent time in the well-organized room were likely to donate money to charity, in contrast to their slobborific counterparts, of whom only 47 percent donated to charity.

Similarly, a 2009 study found that pumping "clean" smells" into a room, like lemon-scented window cleaner, made people feel more charitable and more likely to give money away to people that they did not personally know. However, researchers didn't say this was because neat people are inherently morally superior — rather, they postulated that that same rule-abiding impulse that made the neatniks eat apples also led them to give to charity more freely.

Or hey, maybe all the messy people just couldn't find their wallets because they left them in the garage. Did you even think of that, researchers?

5. Messy People Are Less Likely To Follow The Rules — But Just As Moral

But while previous studies have found that people exposed to neat environments were less likely to commit a crime, the longtime association between neatness and moral rectitude has less to do with a tendency to always do the right thing, and more to do with having a passion for following the rules.

Plus, studies have shown that neater people are no more likely to be kind or empathetic than those of us who occasionally fall asleep with a bag of tortilla chips in our bed. So don't worry — you can still be a fine, upstanding citizen, even if you have a truly astonishing number of empty Taco Bell bags floating around your car. Just make sure to occasionally share those chalupas with others, and you'll be golden.

More like this
6 Abortion Advocates To Follow On TikTok
By Sara Youngblood Gregory
The UK Abortion Laws In 2022, Explained
By Sophie McEvoy
How To Protect Your Digital Privacy If You Need An Abortion Post-Roe
By Kaitlyn Wylde
9 Kettlebell Leg Exercises
By Carolyn Steber
Get Even More From Bustle — Sign Up For The Newsletter