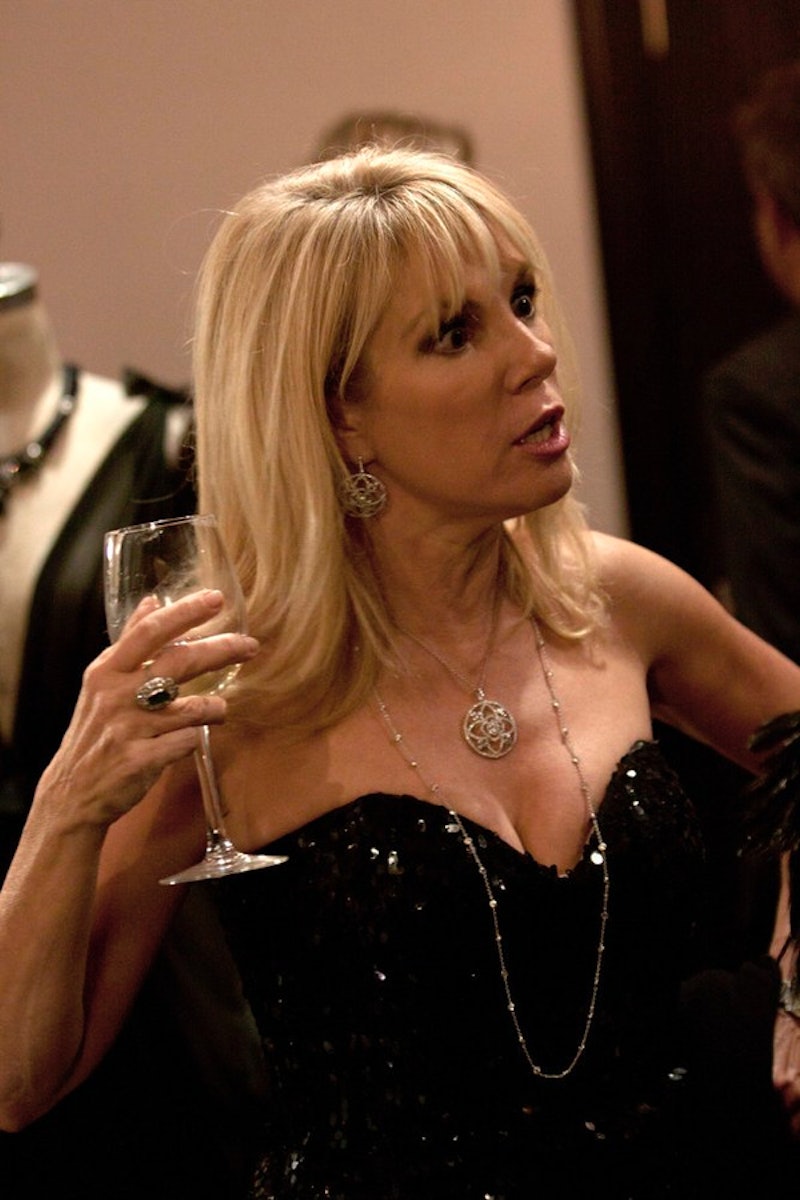 It is hard to imagine The Real Housewives of New York City cast members having lives before the show. For seven years, they've done so much ambushing, feuding, and throwing digs at one another that it seems like starring on RHONY has basically been a full-time job. However, watching Ramona Singer for seven seasons on RHONY naturally makes you wonder what Ramona did before becoming one of the Real Housewives. How do you think she got to be a Housewife in the first place?

In Ramona's case, as with many of the Real Housewives throughout the franchise, calling her a "Housewife" is a bit of a misnomer because Ramona is a working woman, and she has been for most of her life. In fact, after Ramona started appearing on RHONY and found more success in her life, her professional life got even busier. She launched a skincare line, a jewelry line for HSN, and of course, a line of Pinot Grigio to bring Turtle Time to the masses.

Ramona's name may be recognizable to people around the world today, but long before RHONY was in the picture, she found a way to make a name for herself and be successful in her career. Though Ramona can definitely be one of the more unpredictable members of the RHONY cast, learning about how she got to where she is today will give you a newfound respect for her — even if her antics on RHONY sometimes make you lose that.

She's Always Been A New Yorker, Just Not The Kind You Think

We all know how Ramona loves being Uptown these days. However, she grew up way, way, way Uptown. Upstate New York, to be precise. Though the surroundings may sound quaint compared to the hustle and bustle of Ramona's current life in Manhattan, her upbringing was the furthest thing from a Norman Rockwell painting. Ramona has opened up about her verbally abusive father on RHONY before. However, instead of letting it defeat her, she used that as fuel to be financially independent so that she would never had to rely on a man as her mother did. Considering the fact that Ramona is now in the process of divorcing her husband Mario, it's a good thing she had the foresight to do that.

She Can School You In Fashion

From an early age, Ramona realized that she wanted to have a career that combined business and fashion, according to the bio on her website. So naturally, Ramona packed up her bags and headed to New York where she enrolled in the Fashion Institute of Technology. She had originally intended to just work toward a two-year degree, but when she decided that she wanted to earn a bachelors degree in Business, her father wouldn't support her. He thought it was a waste of money since she was just going to end up married with children anyway. Well, Ramona sure showed him because she took out a student loan and worked 30 hours a week to get that bachelors degree. Ah, yes. The beginnings of the tenacious Ramona we all know and love.

She Made Her Fashion Dreams Come True

Well, that degree did Ramona some good because she went on to become a buyer at Macy's when she was 29-years-old. She also worked with Calvin Klein and French Connection. With all of this fashion experience, you would think Ramona would have been better on the catwalk, but alas.

She Started Her Own Business

As you should be able to tell by now, Ramona didn't have a great relationship with her dad, but he did do one thing that was pretty nice. When Ramona was 30 years old, her father lent her $70,000 so she could start her own business, which eventually became known as RMS Fashions, Inc. The company, which is still Ramona's core business today, buys excess inventory from retailers and sells it to discount stores. But what happened to that loan from her dad, you ask? “I paid him back, in full, with interest, within a month," Ramona told Woman Around Town in 2010.

She Was A Bodybuilding Love Guru

We all know Ramona likes to take care of her body, and she's never one to shy away from giving her opinion on someone else's affairs, whether it's solicited or not. However, Ramona did this on a much larger scale when she was in her 30s. During a Season 2 episode of RHONY, Ramona shared her spread in Cosmopolitan that showed how bodybuilding had impacted her life, photos and all. She also penned an article for Cosmo called "Ramona's Top Ten Manhandling Rules." Definitely worth the read!

She Was A Jewelry Designer

Before Ramona put her own name on a jewelry line for HSN, she co-founded True Faith Jewelry with her ex-husband Mario in 2005. True Faith Jewelry is a sister company of Mario's family's business Classic Medallics, an awards and gifts manufacturer. According to Woman Around Town, Ramona actually signed on to RHONY on the condition that she could promote True Faith Jewelry. She's always thinking, that one.

But all in all, I think we'd agree that Ramona's greatest professional endeavor to date has been RHONY. Without the Ramona Coaster, our lives just wouldn't be the same.