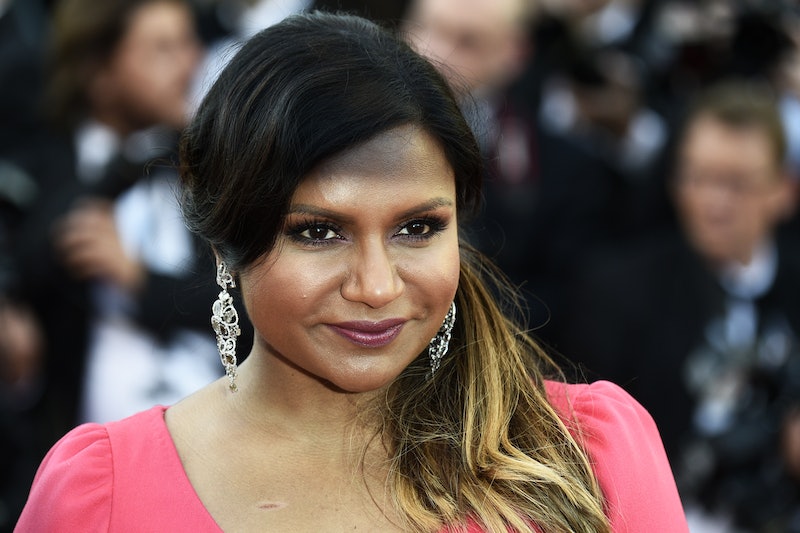 Hi, I'm Maya, my family is North Indian, and I'm here to save you from looking foolish while dating an Indian girl. This wouldn't be such a necessary talk to have if Indian girls got more screen time in Western culture. Like, I get that we have Bollywood. And Aishwarya Rai is phenomenal and beautiful and pretty much everything I've ever wanted in a poster girl for Indian culture. (I really mean that.) But other than that, when you say "Indian culture", people automatically say something about Bend It Like Beckham (sick topical reference, pal. *eye roll*), Cece from New Girl , or the saag paneer at their favorite Indian place. There's nothing wrong with any of these topics, of course. I would never throw shade on paneer. (If my grandmother read that sentence, she would give me the most stern look in her Indian grandmother arsenal.) These things are all awesome, but there's so much more, and if you're going to date an Indian girl, you need to at least try to be aware of the rest of it.

Point being, while I appreciate the general appreciation for our food and culture and the occasional Ganesh reference on television, we could expand a little more. Indian culture is full of endless possibilities. Tikka masala is just the beginning (though it sure as hell is a good place to start). So if you happen to be ~crushing~ on an Indian girl first, lucky you because I'm sure she's a knock out and a brilliant, amazing human, and second, here's what you need to know:

1. Yes, her parents probably make really good Indian food (or they at least know where the best Indian restaurants in town are)

WHY IS THIS A THING PEOPLE ALWAYS ASK?

I'm North Indian, so my skin is pretty fair, and when people find out I'm Indian and the first follow up question is always, "Oh, is your mom a great cook?" Ideally you'll want to meet the parents because the relationship is going well, and not because you want to satisfy your Indian food craving, but it's definitely a perk.

2. When she says her parents are conservative, she means it in a different way than you think

It doesn't necessarily mean they voted for Mitt Romney or that they are really religious (although I guess both those things could be true also). It means that immigrant families came to this country and kept to themselves because of how they were treated. So they can be skeptical meeting new people. And a little bit demanding about who their kid is spending time with.

3. She's probably not going to have an arranged marriage

Arranged marriages are still very much a thing, but they've modernized. If she's going to be arranged at all (which is VERY rare in the U.S.), she'll likely get to meet potential suitors based on families and will have veto power.

4. Indian weddings are huge and they're also the most miraculous event you'll ever attend

They typically last for days, there's mehndi (henna) and should you be fortunate enough to get invited as a plus one, try to make it through the ceremony without asking too many questions about dowries.

5. Everyone possibly has a specific nickname and you won't be able to pronounce any of them

But you'll probably be asked to try, and then you'll get a lecture about how you're using a "w" sound when you need to use a "v." (And yes, I have an embarrassing nickname too and no, I'm not saying what it is on the Internet, but Indian chicks, I FEEL YOU.)

6. For the second date you're going to say, "Oh, I know a great Indian place," and you won't be the first person to pull that line

Not a bad thing, mostly it's just hilarious that it's a thing so many people do. Chances are, the girl you're having out with will be down to go for Indian food, but she'll know a better place than you.

As do many people. She comes from a culture that, while beautiful, can be strict and occasionally overly traditional. She might get a lot of pressure from her family to move in a specific direction. Again, she might not, but know that it's a possibility.

India is huge. Just like our Northeasterners are different from Southerners, we have North Indians and South Indians, and so on. Foods have different names in different places. Not everyone just eats naan. Some people make dosas, some make pooris, all depending on where they are on the map, or what their family prefers.

9. There are more Indian dialects that you think

And they will confuse the hell out of you.

10. "So, do you worship cows?" is not an acceptable question

And also, no. But there's a good chance she won't eat beef, or that her parents won't.

11. She possibly did yoga before it was a trendy thing

I hear how that sounds, but I don't care because while you were being a cute toddler, she was possibly being taught how to meditate in a temple an hour from her house. And no, she doesn't have an Om her room or on a chain around her neck because it's ~~trendy~~.

12. Her knowledge of Bollywood films is probably worse than you think

Though like, while we're on this topic, it'd be a good idea if you learned who Aishwarya Rai and Hrithik Roshan were. They're both absolutely stunning, so it's for your own good.