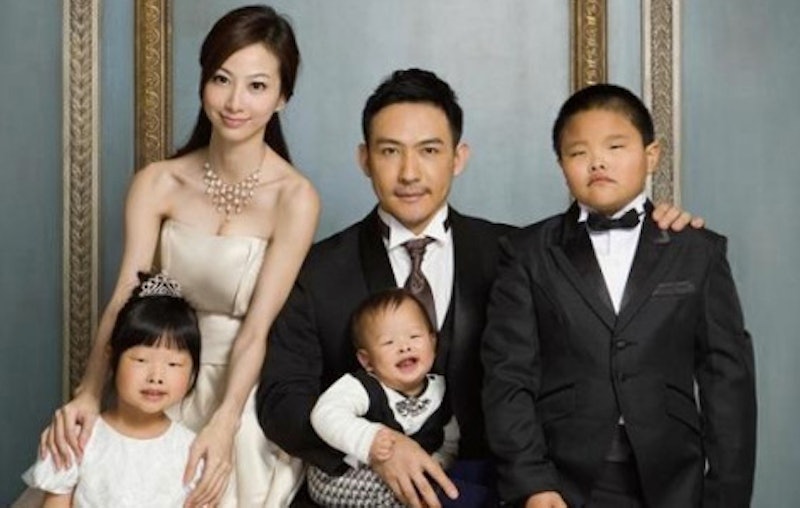 We all know that laws can vary widely from country to country. In Rome, it's illegal to eat or drink near landmarks. In Thailand, stepping on currency is against the law. And in China? Well, apparently it can be a crime to give birth to ugly children. A Chinese man has successfully sued his ex-wife for giving him a kid that he just didn't like the looks of ... maybe. The case has been drawing widespread media attention this week, but it's looking like the whole thing is a hoax. Let's investigate.

We'll start with the alleged story. According to reports, a man named Jian Feng initially accused his ex-wife of infidelity when he saw their first child. It was that inconceivable to him that he could father such an "incredibly ugly" baby (and you thought some guys you've dated were cocky). When a DNA test showed it was indeed his offspring, Feng's then-wife admitted that before they met, she'd had about $100,000 worth of plastic surgery. Feng filed for divorce — and then brought a lawsuit against her. And according to reports, he won: The judge ordered Feng's ex-wife to pay him more than $120,000 in damages for tricking him into marrying her under false pretenses.

The case was allegedly settled in 2012, but it's recently been receiving new attention after photo of the family is said to have surfaced. Here's the thing: Initial reports from last year said the family had only one child, but there are three children in the alleged family photo. Besides, the photo in question first appeared online more than a year ago, when it was said to be an ad for a Taiwanese plastic surgery clinic.

It seems almost certain this "new" photo of Feng and family is a fake. And as for the veracity of the tale overall? Everyone keeps attributing the original report to an Irish Times article that doesn't seem to exist (got to love the Internet). If it is true, it's clearly appalling, and heaven help any of us that have ever dyed our hair or used whitening toothpaste — false pretenses of beauty! True or untrue? You be the judge.

More like this
The Most Powerful Photos From The Weekend’s Abortion Rights Protests
By Melanie Mignucci
The Families Of Grenfell Tower Are Still Waiting For Justice, Five Years On
By Bustle UK
Why “Patch Snatch” Ponytails Are Everywhere Right Now
By Tomi Otekunrin
The Secret To Taylor Swift’s Fringe, According To The Experts
By Orla Pentelow
Get Even More From Bustle — Sign Up For The Newsletter