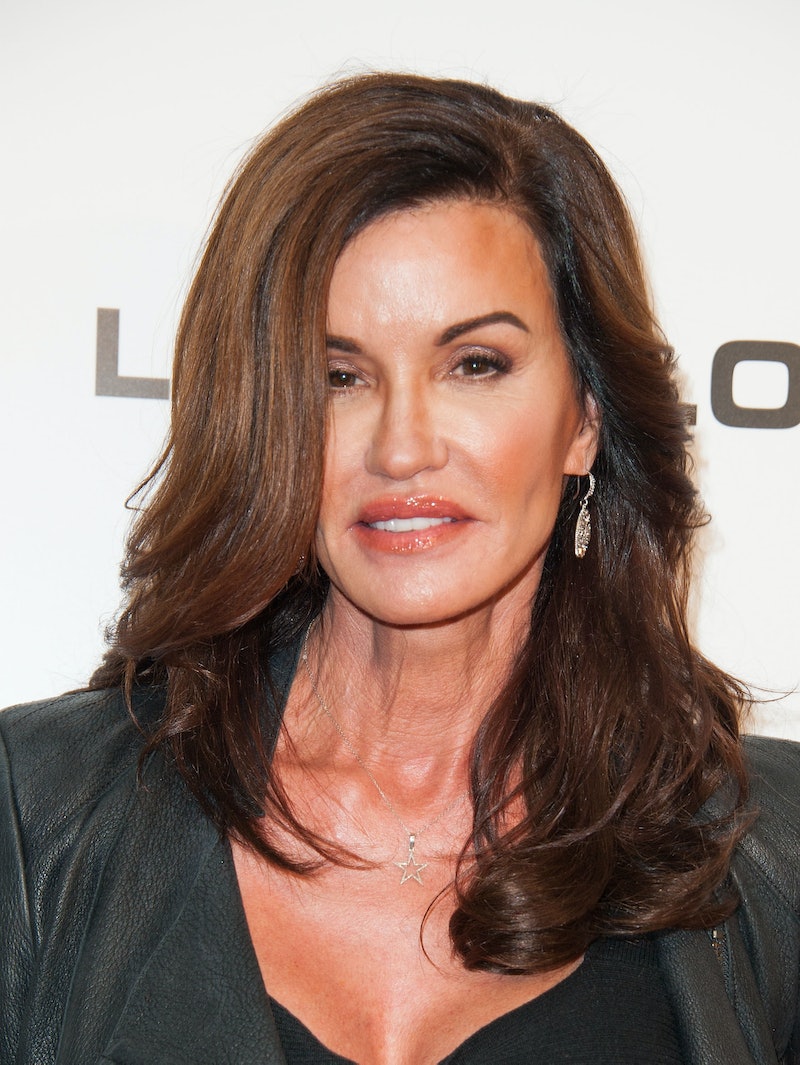 After accusing the former Cosby Show actor of drugging and raping her in November 2014, Janice Dickinson is suing Bill Cosby for defamation and intentional infliction of emotional distress, the former model and her lawyer, Lisa Bloom, told Entertainment Tonight on Wednesday. Dickinson explained that she is suing "for justice and vindication." She and her lawyer stated that she wanted a retraction of Cosby calling her a liar for her claims, but that never happened. Now Dickinson hopes to take the comedian to court with a jury trial and receive an unspecified amount of monetary damages.

During the interview, Bloom revealed that the lawsuit would be filed on Wednesday in California Superior Court and that Dickinson "is refusing to be re-victimized." Bloom added, "She alleges she was drugged and raped by Bill Cosby, and then re-victimized again when he called her a liar." Later on, Dickinson passionately said, "I'm not making it up!"

The former America's Next Top Model judge also added, "I was drugged and raped — drugged and raped — by Bill Cosby. And the fact that he and his spokespeople have called me a liar — referring to remarks that I’ve made — it’s just not correct. I want to fight this. I’m not being paid anything monetarily to do this, it’s just the right thing to do."

In November 2014, Dickinson came forward about Cosby. Soon after, she revealed she has photos corroborating her claims against Cosby. The actor via his lawyers denied her allegations with the following statement:

Dickinson feels like suing Cosby is the right thing to do and that now is the right time. "I could not let myself be silent," she said. "I am sober today, and I’m in a program of vigorous honesty. I want to protect all those women that haven’t come forward and show them the love and support worldwide that what happened to me will not happen to another woman." What would Dickinson ask Cosby if he were there? "Why won't you talk about the truth?" she said. "Do you want to go to heaven or do you want to go to hell?"

Three other women who have also accused Cosby of sexual abuse are suing him for defamation, as well. About two weeks ago, a federal judge heard arguments from Tamara Green, Therese Serignese, and Linda Traitz in their defamation lawsuit.

As for the sexual allegations, Cosby’s statement via his lawyer is as follows: