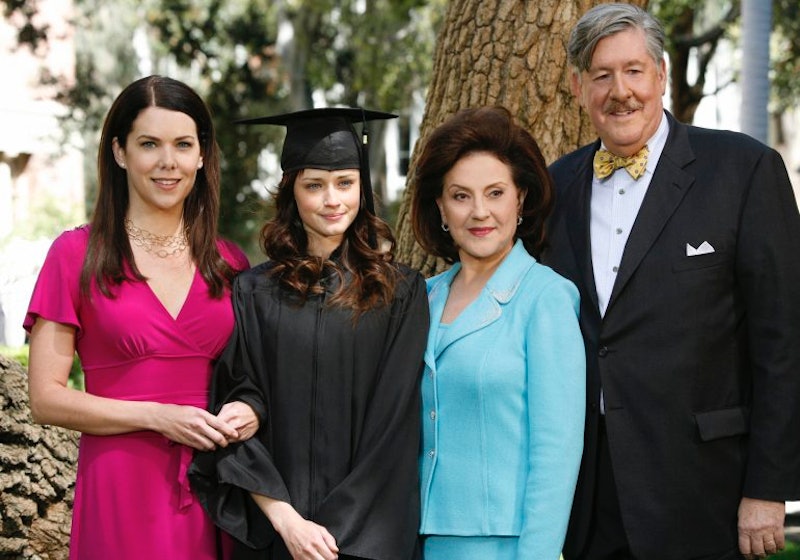 As fans of the series well know, Gilmore Girls boasted extremely compelling mother/daughter relationships among its central female characters. It was kind of the point. At first glance, the relationships between the mother/daughter duos Rory and Lorelai and Lorelai and Emily could not be more different: Because she always felt like Grandma Gilmore was too strict and too much of a perfectionist during her teen years, Lorelai wanted to make sure her relationship with her daughter was solid, built on trust and friendship. In fact, due to her feelings about Emily's parenting style, Lorelai spent years barely speaking to her mother (and, when they did speak, they usually ended up arguing). Naturally, the warmth in Rory and Lorelai's relationship was often juxtaposed against the distance that existed between Emily and Lorelai. In many ways, these two pairs were on totally opposite ends of the spectrum. Most of the time.

As difficult as it may be to believe, Rory and her mother were not always entirely dissimilar to Lorelai and her mother. As much as the middle Gilmore Girl would likely hate to be compared to her mother, it's impossible to ignore that the duo shared certain traits and dreams for their daughters. And because Rory had so much of Lorelai in her, she occasionally clashed with her mom, even though they were best friends.

So, just how much did these Gilmore mothers and daughters have in common? Let me break it down:

And now you understand the entire underlying meaning of the show. You're welcome.