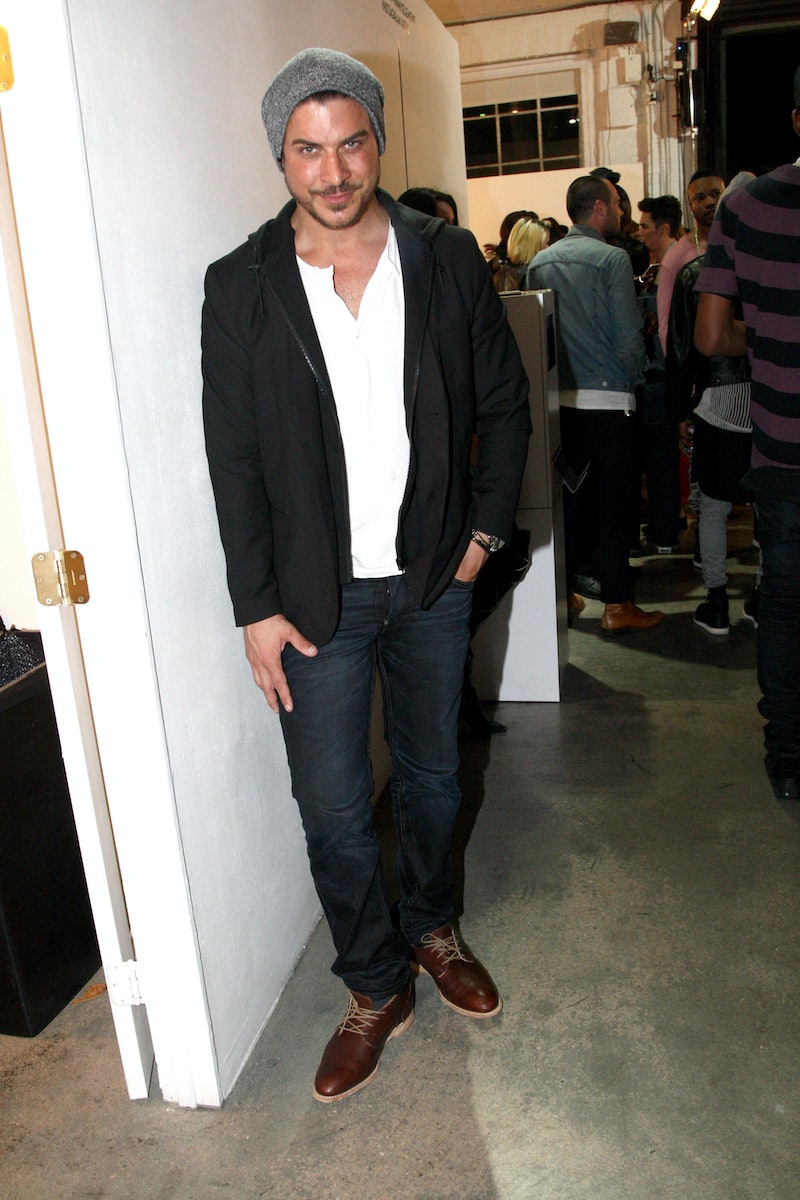 What does a Vanderpump Rules fan like yours truly do during the reality television program's offseason? Do I take a break from the show entirely? Do I avoid any and all Vander- gossip? Do I steer clear of the Vanderpump cast's Twitter and Instagram accounts? No, nope, and not a chance. It's been two long months since Season 3 ended, but I've yet to stop keeping tabs on my beloved Pumpers, for there is no rest for the Vander-wicked. I am thankful for my devotion to my craft (and yes, I did just call snooping around reality stars’ Twitter accounts “my craft”), because if I didn’t check up on the Vanderpumpers periodically, there's a chance I would've missed some extremely important Jax Taylor posts: Tuesday evening, Vanderpump Rules’ resident spinner of yarn tweeted, “We are back !!! Day one starts tomorrow.” Doth my eyes deceive me, or did he just announce that Vanderpump Rules Season 4 is a go? Are we one step closer to a fresh batch of episodes? [Fires finger guns into the air.] AHHHHHH YESSSSSSSS!!!

(If you are a Vanderpump devotee, I totally understand why you might be reluctant to believe Jax "The Notorious F.I.B." Taylor's tweet. For all we know, this could be another one of his ratfinky lies! But don't worry: Lisa Vanderpump, Kristen Doute, and Scheana Shay also tweeted that filming has commenced. Unless the cast is behind an elaborate Vander-prank, I think it's safe to say Season 4 is underway.)

Oh, my Giggy. Does that tweet plus that hashtag mean what I think it means? Is Jax’s mother going to be on Vanderpump Rules?!?!?! Like, that's what that means, right? He didn't just throw that hashtag on there for kicks and giggles, right?

I really, really hope she is on Vanderpump. Not only am I fascinated by Jax and his backstory, but I love any time a family member stops by a reality show. More often than not, it mixes things up and makes for good television (e.g., Stassi Schroeder's brother, every family member that dropped by the Real World: Skeletons house, Kris Jenner's mom, and so on). I hope Jax's mother comes bearing gifts for the viewers at home. And by "gifts," I definitely mean "an endless slideshow of Jason Cauchi baby pics," doye.

More like this
Fans React To Kelly Holmes’ “Extraordinary” ITV Documentary
By Sam Ramsden
Winter 'Love Island' Is Officially Coming Back & Twitter Has Thoughts
By Sam Ramsden
Howard Stern's Net Worth: Is He The Richest Man In Radio?
By Hugh McIntyre
Kris Jenner Drunkenly Toasts Khloé Kardashian’s 38th Birthday With This Speech
By Grace Wehniainen
Get Even More From Bustle — Sign Up For The Newsletter