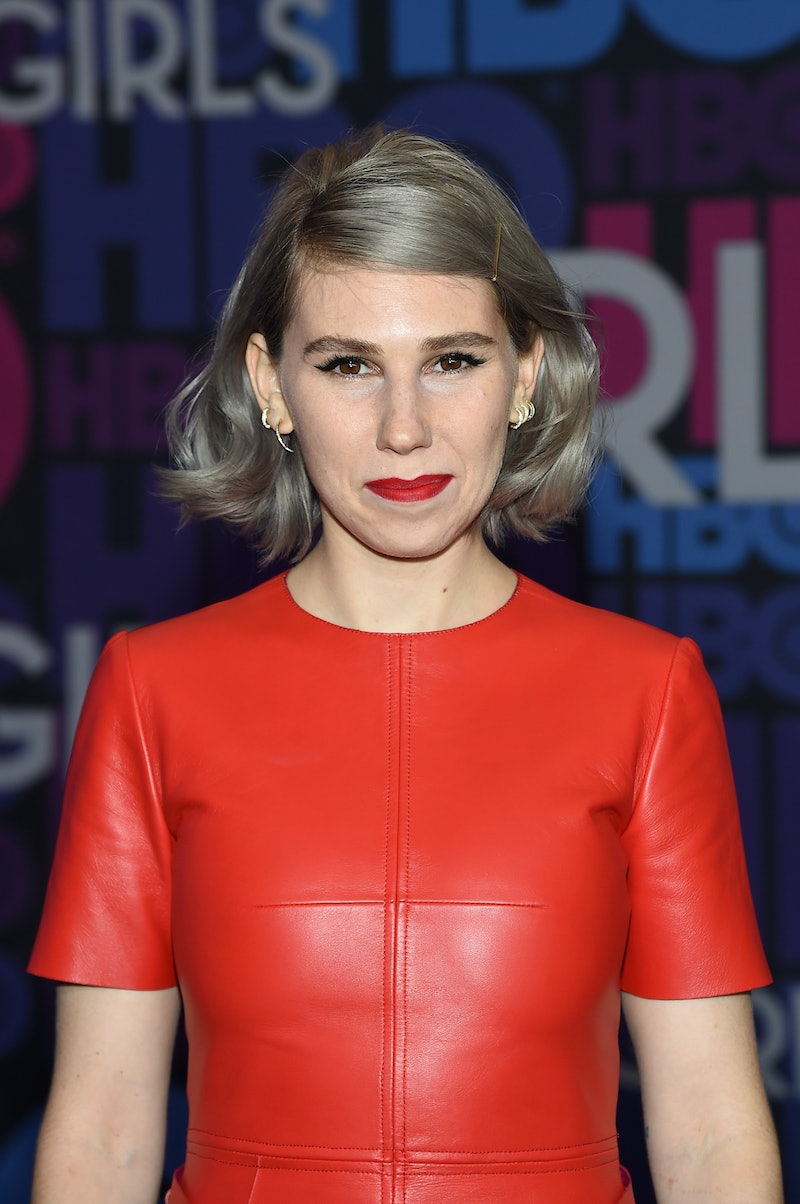 Last year, the fashion world was thrilled when it was announced that Marissa Webb is the new Creative Director at Banana Republic. Her stint at J. Crew helped to revive the brand as a fashion-forward street style staple, and her personal look has always been covetable, to say the least. Webb perfectly blends polarized styles (like masculine and feminine), calls upon architectural inspiration with the influences of nature, and utilizes workwear with a breezy, casual vibe. So basically, everything you could dream of for the pieces that anchor your wardrobe.

Webb has revived the brand image and delivered her promise of a more fashion-forward collection that's more fun and less buttoned up. But unfortunately, her efforts haven't been the immediate hit or financial savior that some people were hoping for, despite being excellent. Banana Republic posted a 15 percent loss for April, and while some critics have been quick to peg the loss on Webb, the truth is that she's redefining the brand creatively and looking to take Banana Republic above and beyond "a safe mall store" and into the realms of fashion cred. And that's going to take some time to get just right! But it's doable. I mean, Banana Republic showed at Fashion Week in February and debuted a new BR flagship store in NYC that was more boutique-like and full of Webb's signature style.

Arguably, the whole retail sector is struggling right now, though, and BR executives have blamed the slump on the early dates for Easter this year. They also admit that a more fashion-forward collection isn't going to immediately equate to mass-market success. I read this as the brand allowing Webb more than a singular collection to help Banana Republic's customers understand her killer aesthetic and/or to find a happy medium between the styles that are currently the most successful and her spin on them. It's encouraging seeing the company stick by Webb and her vision.

While I'm personally in love with the collection's minimalist leanings and more weekend-adaptable pieces, I get that changes to things that people have relied on and only known one way can be hard to deal with. To help sell Webb's vision to the public and to create more of an understanding of her direction, perhaps collaborating with a blogger or celebrity who could act as sort of a cultural broker to help attract more fashion-minded customers and give sales a boost would be a logical next step for Banana Republic. Here are seven celebs who should totally create a collection with BR:

Her street style is the perfect structured feminine look to work with Webb's designs, and this gig would totally make her GIRLS character Shoshanna jealous.

Wiley's style oscillates between those clean, minimalist lines and the heels that dominated Webb's first collection, but also plays in the androgynous pool, with her more relaxed look employing jeans and loose button-downs in the most chic way. It's time for Wiley to be recognized for the style icon she really is.

Aimee Song is one of the most recognizable faces in fashion blogging and also a confessed fan of Webb's work with Banana Republic. It just makes sense, no?

Making a play for younger customers and working with a youthful, down-to-earth Hollywood starlet would definitely be the right move for courting and retaining a new generation of lifelong fans.

Julie Sariñana has millions of followers on social media and isn't afraid of a fashion risk, while maintaining classic style with a playful edge. That sounds just like a certain creative director...

While you probably know her from The Bachelor franchise, Harris has been making her name here in Canada as an interior designer and lifestyle blogger. Her style is feminine, classic, and accessible and her face is easily recognizable. Give her a rose, Banana Republic!

In Banana Republic's quest not to alienate older customers with its more modern styles, Mirren would be the perfect example of how to look chic in current trends while still being relatable.