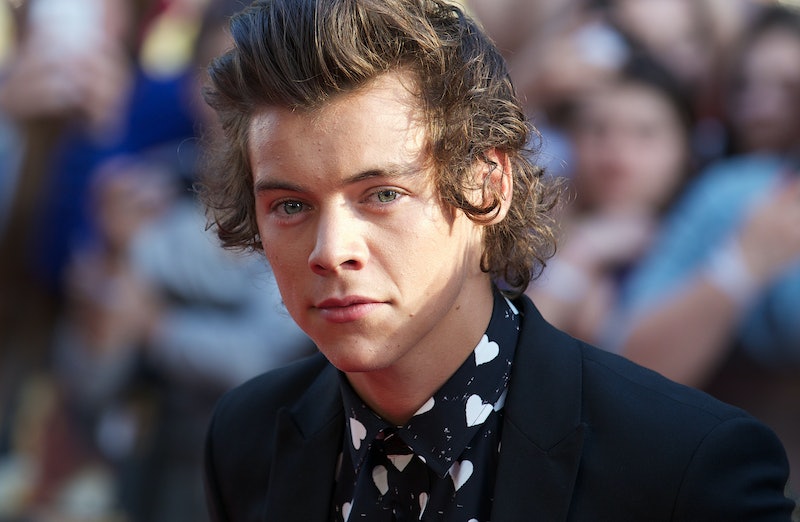 To be fair, this probably isn't the best time to be bringing this up. However, Meghan Trainor reminded the world over the weekend that Harry Styles had written a song with her, so now we have to talk about it. The pop star has been hinting at this collaboration for a while, but "a while" is far enough back that I was starting to doubt that this song would ever actually materialize. However, don't expect Trainor and Styles' co-written song to be sung by either one of the two musicians; like many songwriters, it's more than likely their song will end up coming from the mouth of another artist. "I can't wait for that song to be out," Trainor said while talking to E! News. "I don't know who's going to sing it. I want it for myself but I don't know who I'm going to sing it with yet."

On the one hand, this might come as something of a relief. Let us not yet forget that Zayn Malik collaborated on a song with Naughty Boy that was hinted at but did not actually come out until the man had actually left One Direction. Now we're getting hints that a Styles solo song is on the horizon? Yeah, in light of recent events, people might begin to worry this is the beginning of the end for the 21-year-old's time in the band. I think we're all sort of in agreement that if any one member of One Direction was going to spin off into a successful solo career, it would be Harry Styles.

On the other hand, this is hardly the first song that Styles has ever written. His last confirmed track was "Just A Little Bit Of Your Heart," a song he wrote for Ariana Grande that was released on her second studio album, My Everything. It's just a fact of life that not only is Styles an amazing singer and a charismatic performer but he is also a talented songwriter and lyricist who can write a love song like nobody's business. His song with Trainor — rumored to be a beautiful love song written with her ukelele, if such a thing is possible — is not so much evidence that he's about to leave the band anytime soon as it is evidence that Styles likes writing songs that don't always fit with the 1D aesthetic, but isn't interested in singing anything if his boys aren't involved.

Of course, if Trainor ends up singing the song with someone other than Styles, there are a lot of options that she could pick to produce a soulful duet.

If there is anyone around here who is a master of a soulful romantic ballad, it is John Legend. Plus, Trainor performed with Legend at the Billboard Music Awards and brought everyone to tears, so there's already an amazing precedence and musical chemistry there.

If there's anything that you come to realize from watching The Voice, it's that it takes a truly unique performer to come anywhere close to matching the voice of Adam Levine. He and Trainor could make some genuinely beautiful music together.

Who says it has to be a love song sung as a duet with a man and a woman anyway? I need Adele on this track for the sheer fact that it's been so long since we got a new Adele song. Plus, maybe Trainor and Adele could become the Beyoncé and Nicki Minaj of soulful ballads.

Both Trainor and Mars have an old fashion aesthetic with their music that they have made modern through their love of pop. Their musical styles would go very well together on a duet as a result.

If you can't have Harry Styles, Sheeran is the next best thing. Or the better thing. They're both insanely talented singer-songwriters, is my point.

Empire is taking over the world on hit at a time, so why shouldn't Trainor capitalize on that to make sure this co-written song is a hit?