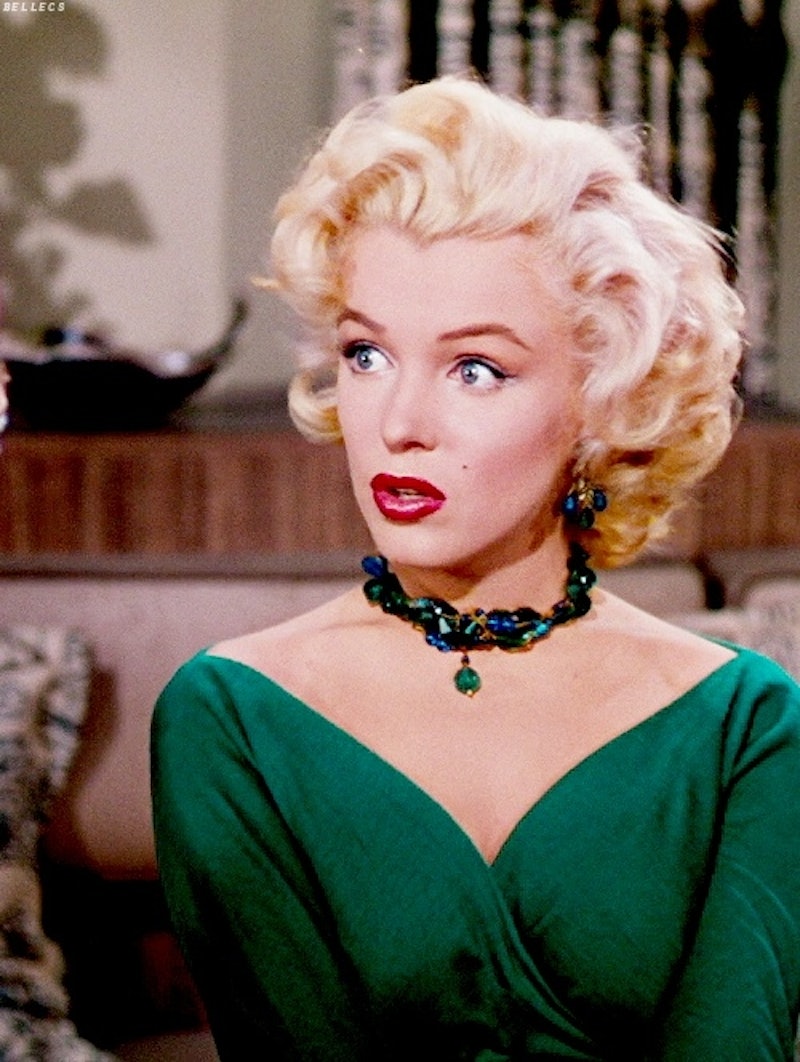 Fashion and beauty trends not only help enhance and embellish your own physical features, but they also help to distinguish exactly who you are. I guess some things never change, huh? Although fashion is constantly being manipulated and re-invented in new, interesting, and beautiful ways today, we still tend to sometimes borrow and recycle the looks from yesteryear (thus the '70s revival we're currently experiencing!).

This all makes sense, when you think about it, since fashion is not only created to express a sense of one's identity, but also for utility — and there's really only so much you can do when it comes to clothing the body. Some things we may have done away with, such as togas, tricorn hats, and cloaks (which I personally think will make a comeback, just you wait). But there are some things that we've held onto tightly as a society throughout time — their popularity never seeming to fade.

So let's take a look at nine fashion and beauty trends that have never gone out of style and have remained fashionable generation after generation:

Eyeliner has been used since Ancient Egypt (before 10,000 BCE), when Egyptian men and women alike wore cosmetics that not only enhanced their features, but protected them from the harsh sun and desert environment.

Back then, eyeliner was made from kohl (which contained lead; trading one danger for another, unfortunately). Luckily for us, we've managed to perfect the recipe for eyeliner: film formers, thickeners, and pigments (all lead-free!). But no matter what it was made out of, the human race has been lining its eyes with black since (literally) the beginning of civilization.

Ah, the lovey lipstick — something we can also thank the ancient Egyptians for. Back then, lipstick was used to enhance the lips of royalty, clergy, and high class people of society by using recipes of crushed up bugs and plants. Some even contained poisonous ingredients that could cause serious illnesses (the Egyptians sure enjoyed living dangerously).

Lipstick was made popular again in 16th century England during the reign of Queen Elizabeth I, worn mostly by nobility and actors (which was then adopted by sex workers, who would try and imitate the look of the nobles). Since then, women all over the world have been coloring their lips with lipstick — a trend that has never died.

Blush or "rouge" has been popular since — wait for it — ancient Egypt yet again (uncanny!). Not only was blush popular in ancient Egypt, but also in ancient Greece, where Grecians would crush up foods such as berries and beets in order to highlight their cheekbones (cheekbone countouring has always been a thing, I guess).

The popularity of rouge continued into European culture during the 17th and 18th centuries, where both men and women would wear rouge to accentuate their cheeks. Today, we clearly still love the stuff.

The term "corset" (attested from 1300) is French for "a kind of laced bodice" (while the term "stays" was frequently used in English from the 1600s until the early 20th century). The corset was used as both an under and outer garment, but was made most popular as an undergarment in the 16th century, allowing for a dramatic change in physical appearance (making a woman's waist appear smaller, and her bust and hips appear larger).

Oddly enough, Catherine de' Medici (whom we all know from Reign ) brought the idea from Italy and introduced it to France. It reached its zenith during the Victorian era, and although it may have faded from our everyday fashion, we have still held onto the use of corsets as undergarments. Many of us have a corset or two hidden away in our closet that we use as "sexy lingerie," and some of us still wear one everyday due to the popular waist-training trend happening right now. And let's not forget about shapewear, which is basically modernity's corset anyway.

The ancient Greeks and Romans wore them; maidens throughout the Medieval Ages and the Renaissance wore them; hippies in the '70s wore them. And today? You better believe we wear them. The beauty of flowers never fades, and neither does our love for crowns made of them.

References to hosiery go back as far as the ancient Greeks, where workmen and slaves wore hosiery to cover and protect their legs, while Roman women wore a short sock (called a soccus) in their homes. Silk or cotton socks were also worn in Japan and China for centuries.

Stockings were traditionally made from cotton, wool, or silk (the most expensive and worn mostly by the wealthy) but after World War II, nylon stockings became popular. No matter the material, though, from the times of ancient Greece up until today, we have always loved to accessorize our legs.

Whether with diamonds, pearls, gold, or precious stones, we have been adorning ourselves with rare, beautiful jewels and metals since we first discovered their beauty and rarity thousands and thousands of years ago. We, as humans, certainly love to sparkle, glitter, and shine, don't we?

Scarves have just always been a thing, whether they were used to adorn the head (Queen Nefertiti wore one beneath her headdresses in 1350 BC, while Eleanor of Aquitaine made "cascading scarves" from pointed hats popular in the Medieval Ages), worn around the waist (made popular in 1261 Egypt when belly dancing was adopted), or around the neck and shoulders (from the 1600s to the late 1800s, scarves were worn to signify someone's rank or status).

Today, scarves remain a popular fashion item that we wear all three ways, as head wraps, belts, or to decorate our neck or shoulders (pashmina-style).

In ancient Greece, curly hair was the epitome of beauty. Think about it: All the statues of gods and goddesses with their "perfect" (by Greek standards) bodies were also created with luscious, curly ringlets to match.

Curly wigs were made popular in 17th century Europe by King Louis XIV of France, where all the wealthy (both men and women) went absolutely mad for wigs that gave them big, dramatically voluminous hair. In 1906, German hairdresser Charles L. Nessler performed the first perm (a process that took 12 hours). And the love for curly hair in our culture has never lost its luster, still being an incredibly popular way to style our locks today.

More like this
13 Exciting Spring Fashion Trends That Feel So Fresh
By Allie Fasanella
42 Black Owned Fashion & Beauty Brands To Support Today & Always
By Mekita Rivas, Shea Simmons, Kui Mwai and Dominique Norman
All Of 2023's Biggest Nail Art Trends, According To Top Manicurists
By Jordan Murray
'Love Island's Will Got A Farm Animal Manicure & It's *Adorable*
By Sam Ramsden
Get Even More From Bustle — Sign Up For The Newsletter
From hair trends to relationship advice, our daily newsletter has everything you need to sound like a person who’s on TikTok, even if you aren’t.