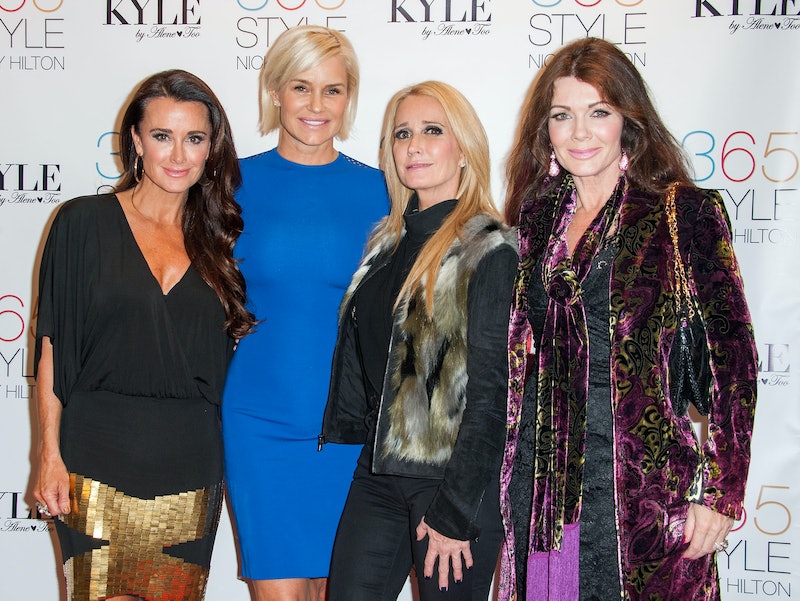 But on the opposite end of the spectrum, there are the Housewives who had never met before the show.

These are ladies who the casting directors must have thought could have good chemistry or at least some heated arguments, but they had no actual history together. It can be kind of confusing to tell who knows each other from their pre-reality TV life and who became friends because they were cast on the same show. This is especially true because they all pretend to be friends most of the time anyway.

Well, my fellow Housewives fans out there, I did some research and have the background info on which housewives only became friends because of their time on the show.

Before joining the cast of The Real Housewives of New York City, Bethenny had no idea what she was getting into. It was only the second city to be included in the Real Housewives franchise and on top of that, Bethenny had no idea who any of the Housewives were before she started taping. As far as I can tell — as of this moment, anyway — Luann and Bethenny are friends. They were both a part of the original season of RHONY, so at this point they've known each other for such a long time and they have Bravo to thank.

Tamra and Heather seem like such an unlikely match. Tamra is a wild child without a filter and Heather is so well mannered. Nevertheless, these two hit it off on The Real Housewives of Orange County. Heather even served as bridesmaid in Tamra's wedding to her husband Eddie Judge. And to think, this opposites attract friendship would not exist if they weren't cast as Real Housewives in the same city.

This is another one of those friendship matches that I just did not see coming. Yolanda is so refined and majestic (and the best housewife in all honesty). And then there's Brandi, who is decidedly the opposite of Yolanda. Yet, these two actually have adorable interactions. Yolanda serves as the nurturer in their relationship, but she always makes it a point not to mother Brandi or be overbearing. Thankfully Real Housewives of Beverly Hills brought them together. I am honestly pretty jealous that Brandi gets to receive life advice from Yolanda.

It's no secret that these two did not always get along. Cynthia was stuck in Nene's shadow for far too long before she could make a connection with her current bestie Kenya. Needless to say they got off to a rocky start, but it seems like this is a ride or die friendship (for now, anyway). They say that reality TV destroys relationships, but remaining on the show has allowed these two to become friends and I really enjoy seeing them on screen together.

Most of the time, I have to admit that the more "random" additions to the Real Housewives cast are not my favorite. There's something to be said for the cast members who have preexisting connections. There is just a chemistry and years of drama that cannot be emulated. Nevertheless, the above examples prove that you don't need decades of history to be best friends — sometimes you just need to be cast on a reality show.