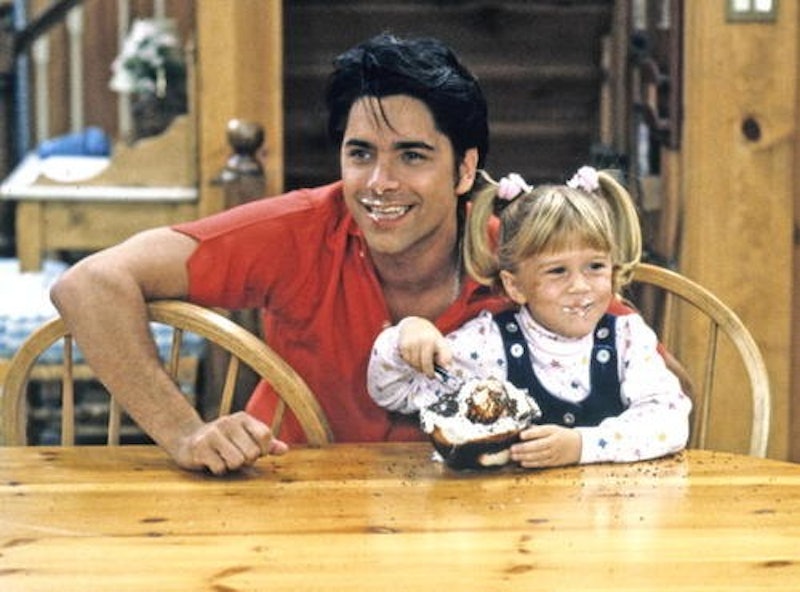 Having grown up as a child of the '90s, it's impossible to look back on all of the great television of that decade without immediately thinking of the Tanner Family from Full House . From iconic catchphrases to Danny's famous "Dad talks," this series never failed to instill within us the importance of family values. And while I've grown to love each of these characters individually, I'd be lying if I didn't admit that Michelle Tanner is my favorite Full House character of all time. Why, you may ask? Well, aside from the fact that she's hands down one of the cutest kids I've ever seen, she also has an appreciation for food that rivals my own.

Seriously, this girl had her priorities in order and all of them began and ended with food. From ice cream and potato chips to everything in between, no one understands your snack cravings quite like Michelle Tanner. (In fact, something tells me that she and Friends' Joey Tribbiani would've gotten along famously.) So, in honor of this very admirable personality trait, I thought it would be fun to take a look back at some of Michelle's best food-related moments that perfectly described your own nourishment goals. Bon appetit!

When There Are No Words To Describe Your Joy

But, then again, who needs words when you have the delicious taste of ice cream in your mouth?

When No Obstacle Can Stand In Your Way

When Your Memory Is Your Worst Enemy

We've all been there, my friend.

When You Realize Restraint Is Overrated

This quote would be: "[munching sounds]."After all, why have just some, when you can have it ALL? Some food is just too good to take your time with.

When Others Don't Appreciate Your Interests

Anyone who suggests otherwise is dead to me.

Some experiences are just too sacred to split in two.

When Dessert Becomes A Religious Experience

Cooing at your sundae? AMEN.

When The Temptation To Act Is Just Too Great

Like you haven't wanted to do this at every single birthday party you've ever been to.

When Someone Screws Up Your Pizza Order

Preach, Michelle! And, above all else, never change.