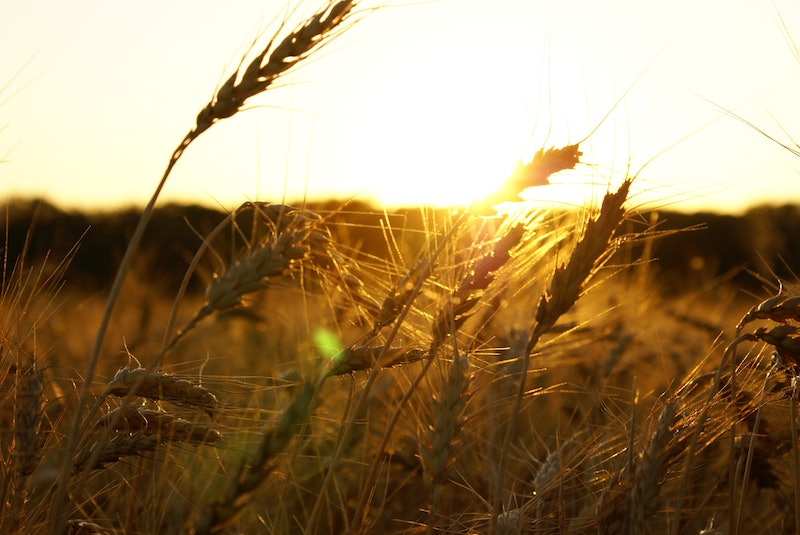 It's always useful to remind yourself going into a creepypasta story that you're reading, well, a creepypasta story. That means that, no matter how realistic you think it might be — no matter how much you might want to ask, is “The Disappearance of Ashley, Kansas” real? — it's likely not. Still, though, there's something to be said for the suspension of disbelief, is there not? That's why we like these stories, after all — the possibility, regardless of how slim it might be, that they could actually be true. It's why we tell ourselves scary tales in the first place. Part of us needs to believe they could happen, even when logic dictates that they can't.

But for those of you who actually might be wondering whether the creepypasta tale “The Disappearance of Ashley, Kansas” is true, I'm somewhat sorry to report that it's nothing but a story. Indeed, this particular one may be less plausible than most, although its format strikes the tone of an official report quite effectively, indeed. Here — let's take a closer look.

The story starts believably enough, with what looks like an official report of a massive earthquake hitting the town of Ashley, Kansas in the wee hours of the morning on August 17, 1952. Described as being a magnitude 7.9 quake as measured by the United States Geological Survey and felt throughout the Midwest, the epicenter was believed to have been directly under Ashley — a fact state law enforcement discovered when they arrived at the outskirts of the town, only to find nothing but a “smoldering, burning fissure in the earth” in its place. The 679 residents of Ashley were missing; however, the search for them was called off after 12 days on August 29.

And here's where it starts to get… weird. According to the story, another massive earthquake struck in the early morning hours of August 30 — one with a magnitude of 7.5 — with the epicenter again determined to have been underneath Ashley. Guess what happened when law enforcement went to investigate? You've got it: They found that the “smoldering, burning fissure” located where the town had been had somehow… closed up. The town was still nowhere to be seen.

After that little preamble, the story goes from weird to impossible as it describes the eight days leading up to the disappearance of both the town and all its residents. Since Ashley was allegedly small enough not to have its own law enforcement office, all of the reports of odd happenings made by the residents were called into the police office of the nearby town of Hays. But perhaps “odd happenings” is putting it mildly. “Small, black openings in the sky” appeared; a police officer from Hays attempting to drive to Ashley to check things out mysteriously ended up back in Hays without ever having reached the neighboring town, even though the road never curved; people began holding conversations with friends and family members who had been dead for years; a mysterious fire became visible from Ashley, although no other communities witnessed it; and, perhaps most bizarre, a transcript of one telephone call described everyone who had ever died in the town coming back, walking out of that otherwise invisible fire. That transcript was dated August 15; the town allegedly ceased to exist sometime during the night between August 16 and 17; and on August 17, the earthquake hit.

And that's all we know.

Unlike the creepypasta “1999,” it's a little harder to mistake “The Disappearance of Ashley, Kansas” for truth, although the things that make it unbelievable are actually the reasons I like it so much: Somehow, it manages to be a UFO story, an unexplained geologically phenomenon story, a ghost story, and a zombie story, all in one go — and even more impressively, it does it all without feeling too overdone. But no matter how much I may like it myself, it's still quite demonstrably false. Let's do a little debunking, shall we?

The earliest known version of “The Disappearance of Ashley, Kansas” was uploaded to the Creepypasta Wiki on April 7, 2012 by a user going by the name CoasterKid. CoasterKid (or someone also using that same name) also uploaded it to the r/NoSleep subreddit around that time. As I've noted before NoSleep's most important rule is, “While you're here, everything is real” — so, while true stories may occasionally make their way to it (like “The Smiling Man”), by and large it's a subreddit for fiction. NoSleep is not, it's worth noting, one of the many subreddits devoted to discussing actual unexplained phenomena.

There's also this — and admittedly, Yahoo! Answers isn't always the most reputable place to go for information, but this time, it's actually worth checking out. A few years ago, someone posted the question, “If Ashley, Kansas is a real town, then how come I can't find it on any lists of cities in Kansas? I'm curious as to where it is and I can't figure out where it is, and if I try to Google it on the Google map, it can't find it either.” The simple answer here is that modern maps and lists of current locations in Kansas won't have information for a town that allegedly ceased to exist some 60 years ago — but the top-rated response on that thread is much more satisfying. Apparently a reblog of a Tumblr post, it was originally penned by someone who claimed to live near Hays; they said they had checked the Kansas Department of Transportation maps from 1951 and found no sign of Ashley (added the poster, “And don't say it's too small — the story claims it was 600+ people, but towns with populations less than 300 made that map. I know because I live in one.”); there wasn't anything in the Hays Library or Hays Daily News websites; and the only earthquake recorded near Kansas around that time was on April 9, 1952, and its epicenter was in El Reno, Oklahoma.

Is it possible this person might have been lying about all that research? Of course. This is the Internet we're talking about, here, and people lie on the Internet all the damn time. But keeping all that in mind, also consider what Snopes points out: Those two earthquakes? Would have been huge. “An earthquake of magnitude 7.5 to 7.9 hitting Kansas would have become local, if not national lore (much less a pair of such earthquakes occurring within two weeks of each other at the same site), yet no record of such geological occurrence exists,” states the hoax-busting site.

So the story isn't real — but does that mean that Ashley itself never existed at all? Not necessarily, although I suspect that the town, too, is a fiction. Some folks like to keep yanking on others' chains (like this other Yahoo! Answers response from a few months ago, claiming the story is “absolutely real, lots of people went missing those few days. My uncle still will not talk much of the event, he was a farmer on the outskirts of Ashley. He only says it was 'Pure evil from the sky.'”); however, Snopes also notes, “Even if, in typical conspiracy theory fashion, the powers that be conspired to conceal whatever purportedly happened in Ashley, proof of the town's existence would remain in other texts, maps, and records antedating 1952.”

At this point, I feel I should add this unexplained little tidbit: A commenter on my own wacky hobby blog wrote in once that she was in possession of a birth certificate for an infant who died in 1934 that stated that the baby's mother was born in Ashley, Kansas; I don't have a way to verify that the birth certificate actually exists, but if it does, it might suggest that a place called Ashley existed once upon a time — possibly before being absorbed into a larger town. There's also an actual place in Kansas called Ashland, as well as a ghost town called Ash Valley; knowing this, then, it's possible that “Ashley” might have been a bastardization of another name.

Hilariously, Googling “Ashley, Kansas” does bring up the Wikipedia page for “list of ghost towns in Kansas”; however, I strongly suspect it's just a clever joke, as a town called Ashley isn't listed anywhere on the page.

…But then again, maybe that's the point.