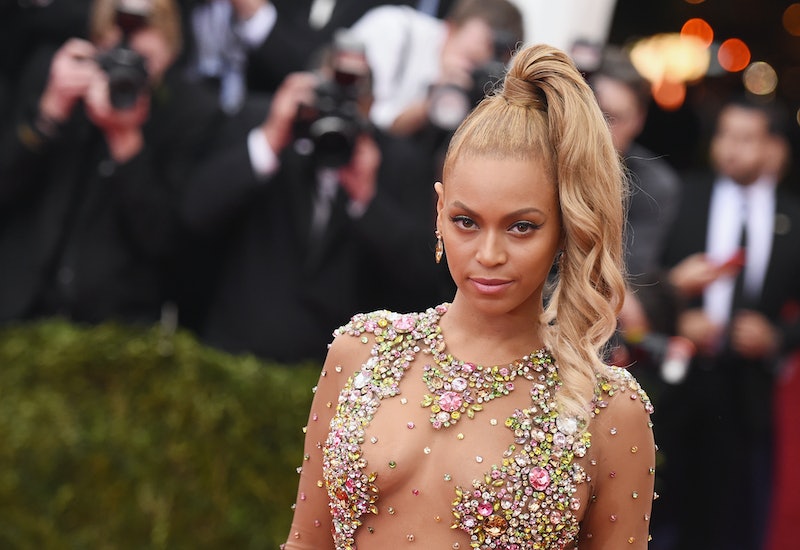 Every year, Forbes releases its list of the World's 100 Most Powerful Women, and every year, I'm prouder and prouder not only of being a woman myself, but being in the company (in the broadest sense of the word) of incredible females doing amazing things around the world. After all, you don't need to be famous to feel a kinship with your own gender, to understand the struggles they face, and to cheer them on, no matter what they endeavor to accomplish. It sounds sappy, but whatever. Women are amazing, and it's time we started getting the recognition we deserve.

The Forbes list chooses from eight different categories — celebrity, business, billionaires, politics, finance, media, philanthropy and intergovernmental organizations, and technology — and determines rankings by using "four metrics: money, media presence, spheres of influence and impact." It's a complicated formula, but one that attempts to be fair and balanced in its assessment (as much as that's possible in such a specifically quantifying list like this). And while there are, without a doubt, WAY more than 100 powerful women in the world, any opportunity to celebrate even a small fraction of them is fine by me.

Perhaps the most refreshing aspect of the Forbes list is that, while the cultural value of celebrity is represented within its ranks, Hollywood doesn't even touch the Top 10 list, which actually includes the likes of Germany's Chancellor Angela Merkel, First Lady Michelle Obama, International Monetary Fund managing director Christine Lagarade, and Facebook COO Sheryl Sandberg, to name a few. Several of these women are household names, for obvious reasons, while others you may only just be hearing about. What they have in common is that each one of them, in their own way, are working not only to simply change, but to improve the world in which we live, using their power and authority for the greater good.

The first celebrity appears in the 12th spot, which is filled by none other than Oprah Winfrey. Of course, Winfrey needs no introduction, and for good reason: Her accomplishments have spanned decades and are known around the world. Beyoncé comes in at #21, Ellen DeGeneres at #50, Angelina Jolie at #54, and Sofia Vergara at #57. The Top 100 also features the likes of Taylor Swift (#64) and Shakira (#81), who both have enormous success and have made incredible contributions to their respective fields and the greater good via charitable work and donations. Without a doubt, each celebrity on the list has earned her place on it and deserves much credit for her accomplishments — but frankly, it's nice to see the spotlight cast wider than Hollywood.

It should go without saying in 2015 that women are intelligent and capable, and we're making strides in every imaginable arena. The Forbes list serves to highlight this, illuminating the careers of female leaders whose missions affects all of us, and yet which many of us don't know much about. Politicians like South Korean's Park Geun-hye, Nigeria's Ngozi Okonjo-Iweala, and Sheikha Lubna Al Qasimi from the United Arab Emirates are likely unknown by name, but indeed, they are changing the world we live in. The same goes for technology leaders like Safra Catz, Angela Ahrendts, Ursula Burns, and Lucy Peng. It's our responsibility to learn about these women and their work so that we can support them, and to know how much we're being supported in return.

Forbes' World's Most Powerful list, then, seems to serve two purposes: to celebrate the amazing women accomplishing incredible things on every corner of the globe, and to educate us on those we may not know about so we can be inspired to make changes of our own. Sounds like a pretty great thing to me, either way.

More like this
Jay-Z Is Performing At The Grammys, Meaning Beyoncé Might Actually Show Up
By Jake Viswanath
Lizzo Calls Beyoncé “The Artist Of Our Lives” During Her Grammys Speech
By Alyssa Lapid
The Beyhive Is Mad At Harry Styles After Beyoncé’s Album Of The Year Snub
By Jake Viswanath
Adele Is Attending The 2023 Grammys, Thank You Very Much
By Jake Viswanath
Get Even More From Bustle — Sign Up For The Newsletter
From hair trends to relationship advice, our daily newsletter has everything you need to sound like a person who’s on TikTok, even if you aren’t.