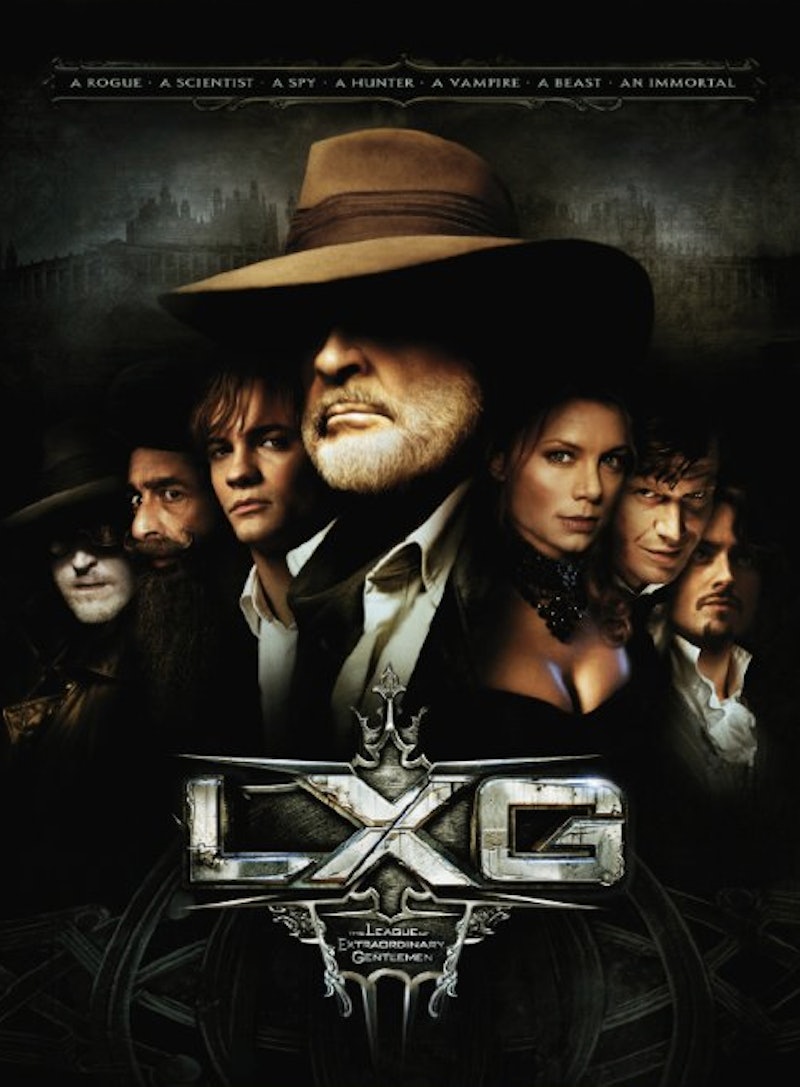 It's a wonderful time to be alive if you like movie reboots. First, we got the trailer for the remake of Point Break , out this Christmas, and, now, the news that A League Of Extraordinary Gentlemen will be getting a reboot to the delight of comic book fans everywhere. The original first came out in 2003, based on the graphic novel of the same name by Alan Moore and Kevin O'Neill, and it was basically a who's who of popular actors from back then — starring Sean Connery, Stuart Townsend, and Shane West, among others. Everyone in the film is a popular character from literature, specifically the the genres of adventure, science fiction, and fantasy, and they all coexist in an alternate version of the Victorian Age, where they go around solving crimes and being badasses.

If I recall correctly, it was a movie that everyone was really excited about before it came out, but that didn't quite live up to expectations — it has just a 5.8 rating on IMDb, and was apparently intended to be a franchise. However, that plan was scrapped when it grossed only $180 million worldwide. The premise still has plenty of potential, so I'm not surprised to see characters like Allan Quatermain, Captain Nemo, Dorian Gray, the Invisible Man, Tom Sawyer, and Dr. Jekyll and Mr. Hyde being snapped up for another shot at making a compelling movie out of all this.

As yet, there's no information floating around in the ether as far as casting, or when we could expect this movie out, but, if I could say one prayer to the Hollywood gods, it would be for there to be more women in this feature the second time around. I understand that there are a ton more dudes in the literature from around this time, but I would love to see an Irene Adler from Sherlock Holmes, or an Éowyn from Lord of the Rings, or even a Mary Poppins work their way in there. I feel like they could absolutely hold their own alongside Mina Harker, who was pretty much the only woman in the original film.