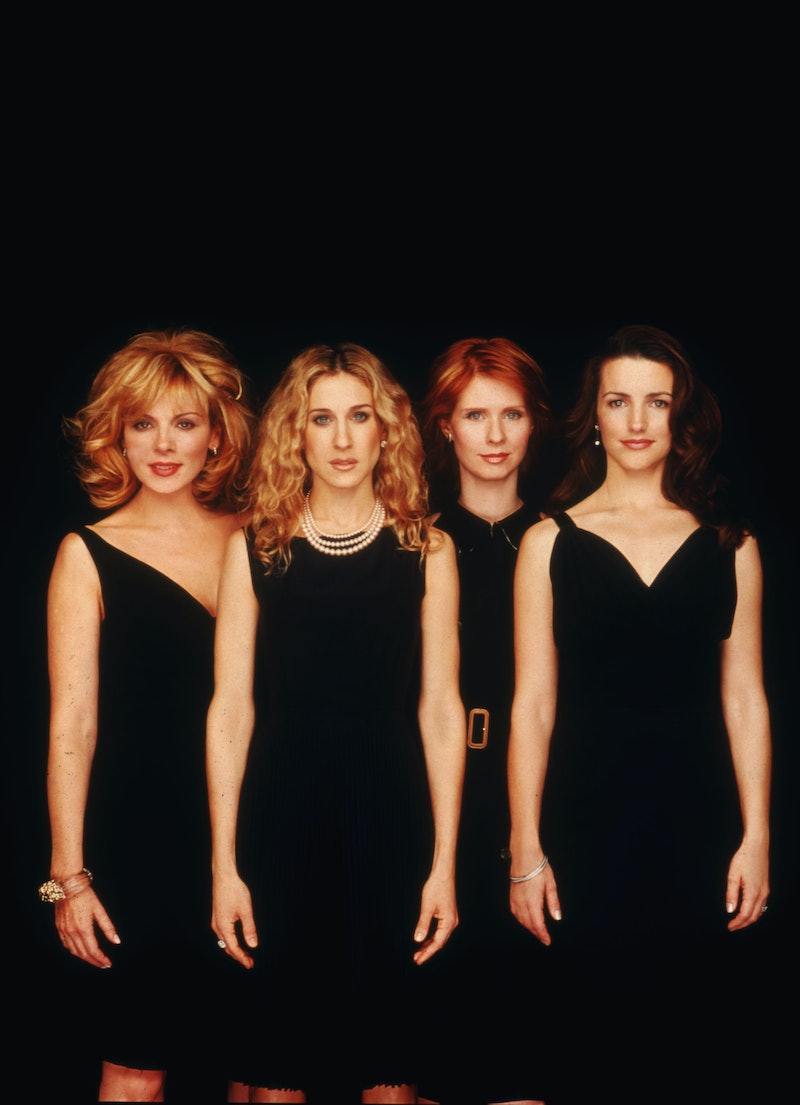 I came to New York City as a single girl. I was part of the generation of young women who lived and breathed by the lessons of Sex and the City, so I was of the delusional notion that I’d land my very own Mr. Big in no time. Oh, how cruel reality can be.

My career was always at the forefront, but since I'm a living, breathing human, it was also my intention to land a partner at some point. It wasn’t necessary to my existence, but definitely something I wanted. So, like any single woman in the city, I went through the motions of dating, having flings and a couple of short relationships in the hopes of finding “the one.” Before I met my fiancé — not in New York City mind you — I had been dating in this town for almost ten years; ten long and arduous years of ups and downs, drama, tears, joy and the rest of it.

It’s not easy to date in New York. New Yorkers have a different idea of what love is, and for a lot of us, it’s not even a priority until later on in the game. However, with the chapter of my dating life officially closed (I hope), I like to think I learned a couple things.

1. You’ll get stood up at some point.

It will probably take you days, if not weeks, to admit to your friends that it happened, but it’s a fact: you will be stood up. In most cases it will be because the person you’re supposed to meet was pushed into the date in the first place. No matter the particulars, remember that you’re not the one to blame.

2. Treatment of servers says everything.

If your date treats a waiter, or anyone in the service industry for that matter, like they’re even remotely beneath him, then bail. The biggest red flag in the dating world is poor treatment of servers. It’s unforgivable.

There are a lot of options in NYC and many approach this by dating more than one person at the same time. It’s not easy to run into someone you thought you were ready to get serious with when he's out on a date with someone else. Try to keep the throwing of wine glasses to a minimum; it can get pretty pricey after three or four.

“What are you doing Friday?” is not code for something else, nor is “I had a good time last night.” And, before you drive yourself mad, “good” isn’t necessarily a bad thing. Granted, “great” would both look and sound better, but remember that not everyone has the vast vocabulary that you do.

Even if you’re one of those people who is adamantly against it, you’ll try the online dating scene at least once. I was on OKCupid for all of one week. It was, for lack of a better word, depressing. But think of it this way — you'll probably find your next job through some sort of professional or social contact or referral, but you might as well apply for jobs online too, right? Same is true of finding a mate — especially in a huge city like NYC.

If you’re part of the Sex and the City generation like me, you will never be free of relating your dating woes to those of Carrie, Samantha, Charlotte and Miranda. You’ll find that the parallels are often uncanny. However, no one will chase you to Paris. I know, because I tried that one.

7. You’ll be a repeat offender.

Yes, you will meet a douchebag, get screwed over by him, and then go back for more. You will do this more times than you’ll admit. You’ll also have him on speed dial for drunken booty calls, although you won’t tell a soul this — not even your therapist to whom you pay $100 a session after insurance.

8. You’re likely to “love” with one foot out the door.

New York is a city of 8 million people, so it’s hard not to assume that there might be someone better out there for you. This isn’t wrong, rude or even a bad thing. Curiosity may kill cats, kittens and other felines, but it’s also very human. Even in your most smitten of states, you’ll wonder, “Can there be more than this?”

If you've dated within your professional and personal circles, which you obviously have, it is more than likely you’ll find yourself on a date with someone else’s ex, either knowingly or unknowingly. The term “sloppy seconds” isn’t a pretty one, but because it’s unavoidable, you may want to come up with a flowery euphemism for it instead.

10. You should avoid people who say they're in an open relationship.

If there's anything I've learned, and learned the hard way, it's that people in open relationships are a tricky breed. While I don't knock their choices, I can attest to the fact that everyone I've had, er, "run-ins" with were actually not in an open relationship at all. They were just straight-up cheaters. Not cool. Besides, even if they claim their open relationship is legit, that doesn't bode well for your long-term prospects.

Go ahead and try, try again. You can’t change people, you can’t fix wounded birds, you can’t save people from themselves, and you especially shouldn’t sacrifice who you are because of someone else’s shit. So, quit it, Florence Nightingale.