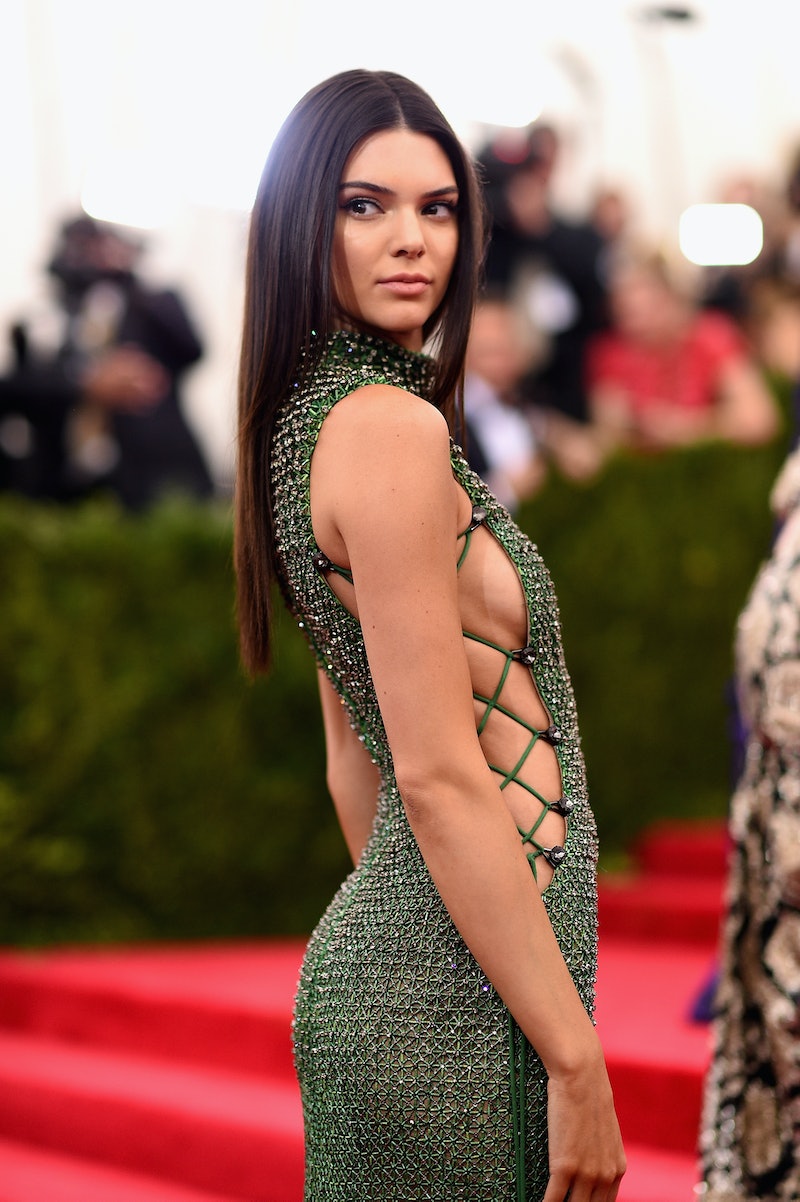 Has anyone else noticed a bit of a Kendall Jenner deficiency in recent episodes of Keeping Up With The Kardashians ? Save for her notable appearances during the two-part "About Bruce" special and the episode during which Kylie Jenner finally admitted to getting lip injections, Kendall seems to be laying pretty low as of late. The only time she really ever shows up is in the background, making silly videos with Kylie or complaining about her boobs (seriously, that was how last week's episode started). With Kendall's seriously blossoming modeling career, she's traveling a lot and, as time goes on, she might have less and less time for the show. But, will Kendall leave KUWTK behind in favor of her modeling career? Quite possibly, kids. Quite possibly. Though Kendall has yet to announce she's leaving the show, nor has E!, I hope she never considers leaving for good. She may not be a Kardashian in name, but she's still someone I want to keep up with, and I would love for her to stay on the show — and to be on even more than she is now.

While I'm all for a young woman of considerable talent pursuing her dreams, I have to admit that I'd be pretty sad to see Kendall leave reality TV behind. She was involved in some of my favorite moments on the show, and, honestly, I've always loved how supportive she's been of Bruce Jenner. Sure, Scott Disick and Khloe Kardashian will be still be there to give me the giggles, but it just won't be the same without Kendall. Here are six reasons we'll miss her she leaves KUWTK to model full-time.

Her Interactions With Scott Are Hilariously Perfect

They had a conversation early on this season about a photo in Kris Jenner's house, and it was amazing. Basically, they spent a few minutes discussing boobs and how Scott was confused by the fact that Kendall couldn't identify any of the models just by their bodies. If any other people were having that conversation, it wouldn't have been anywhere near as amusing.

They're just precious together, so much so that all I really want is for the two of them to have a spin-off of their very own. But, really, Kylie actually mentioned how sad she's been that Kendall hasn't been around as much because of work, and it's been a little tough to watch Kylie sans Kendall this season.

Her Sassy Wisdom Is Totally Refreshing

The only person who can even begin to keep up is Khloe, but it's so much more amusing to watch the sass come from a teenager.

She Always Keeps It Real

It's not very often that I identify with one of the Kardashian/Jenner girls, but this GIF is my spirit animal.

Seriously, who's going to force Kris to keep her chill if Kendall's not around? Kris will just go balls to the wall without any supervision from her infinitely more mature children, and no one's ready for that jelly.

And, Of Course, With Kendall Gone, Who Will Protect Her Shine?!

I'm legitimately concerned that someone or something is going to steal it. Like, a mystical garden gnome, or something.