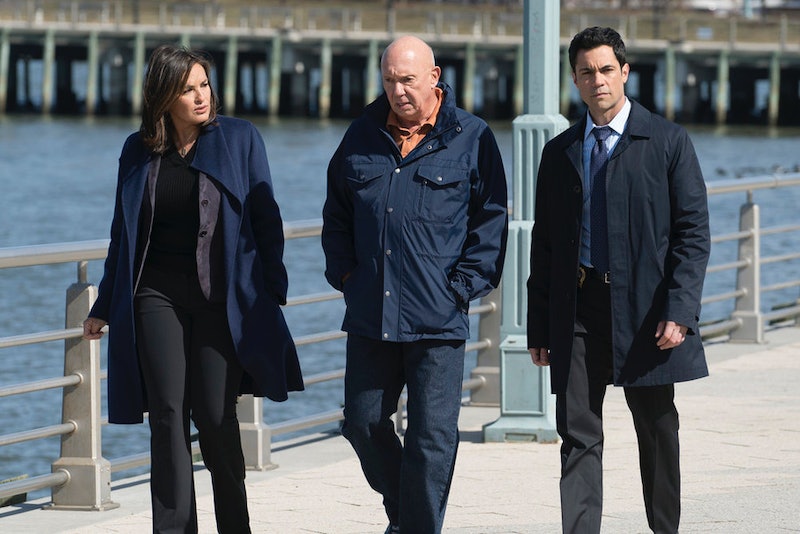 Since the very day it premiered in 1999, I have faithfully been watching Law & Order: Special Victims Unit . That’s a lot of episodes of Stabler kicking ass, Benson being your role model, Munch’s sarcastic quips, and Ice-T’s gold chains. That “chunk chunk” at the beginning of the episode and at every scene break soothes me — it’s like a lullaby for my soul. I feel a kinship with all of the characters. I know these people, you understand (and I also wouldn’t mind knowing Elliott Stabler biblically, if you know what I mean)?

The only problem that comes with watching marathons and marathons of Law & Order: Special Victims Unit on Tuesdays, Sundays, and well, every day they’re on, is that you begin to notice things that other normal civilians don’t. That guy staring at you in the park? Not just an elementary-level creep, but also a serial kidnapper who is probably following your every move. That pile of debris on the side of the street? There’s a body in there that's just waiting to be found by an innocent couple walking their dog.

Are you seeing how my mind works now? Don’t be like me. In order to combat the crazy that overtakes your brain when you watch too much SVU , I’ve compiled a list of warning signs that you, too, may in fact be watching too much of Law & Order’s best spinoff series (don’t even come at me with that Criminal Intent shizz).

As I mentioned before, when you watch a lot of SVU, everything is a potential danger. According to the series, in New York City, where I live, there are: bands of homeless children, honor killings, twins that take on the personality of another twin, and crooked officials everywhere — and that’s just on a Tuesday. I now suspect everyone I see on the street to be hazardous to my health.

2. You Do A Background Check On All Dates, Friends, & Family

This may come across as intense or overzealous, but you can really never be too careful. It’s the people closest to you — the ones you trust the most — that can do the most damage. Better safe than sorry, right, Liv?

3. You Have The Local Coroner On Speed-Dial

What if you find a body? Have to identify a victim? Think you found some much-needed DNA evidence that will solve a 30-year-old cold case? Best to be prepared.

4. You Name Your Pets After Characters

This way, you can always have Olivia Benson at your side, and cuddles with Elliot Stabler are mandatory. I’m looking at you, Taylor Swift.

5. When You Go To Bed, You Quadruple Check The Locks

Even most of the offenses portrayed on the show are perpetrated by known assailants, and not strangers breaking in through windows and doors, I can't help but bunker myself in my apartment every night, checking the locks a few times to make sure that no one is getting in. Just in case.

6. You’ve Changed Your Hair To Match Olivia Benson’s Seasonal ‘Do

From the short hair in the beginning to her luscious long locks in later seasons, Olivia Benson is a hair chameleon. Wanting to emulate her style is not a crime, is it?

7. You Only Go Places In Pairs

This makes going to the bathroom difficult sometimes, but you never know when you could be snatched through a secret compartment and kidnapped by sex traffickers. These things happen, according to SVU.

8. You Have A Poster Of Elliot Stabler Above Your Bed

If you’ve recognized these behaviors in yourself, you may be watching too much Law & Order: Special Victims Unit. My advice? Just embrace it. Fall into those themed Sunday marathons on USA and double up on the padlocks.