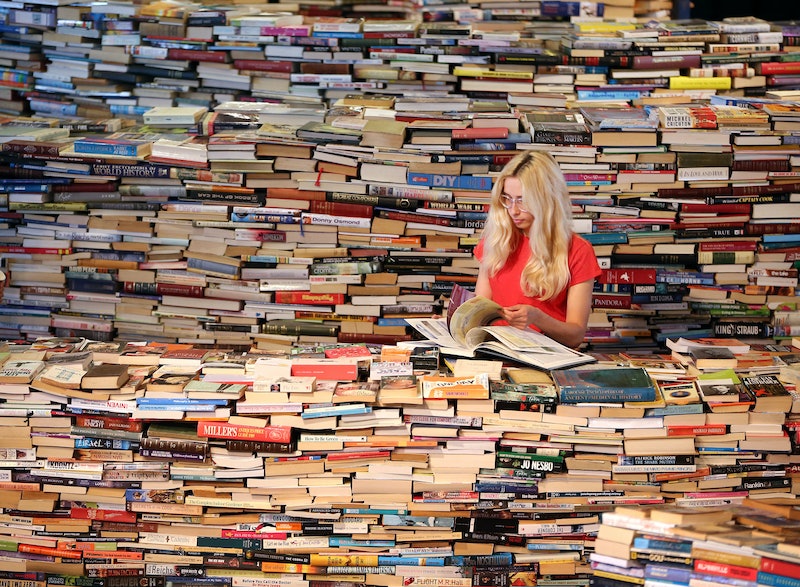 On a Thursday panel, Ottessa Moshfegh talked about her forthcoming novel Eileen at BEA 2015. The panel, “Meet BEA Adult Buzz Authors,” introduced six authors releasing promising summer and fall titles. (The panel also included Garth Risk Hallberg, whose debut novel City on Fire sold for $2 million.) Remember when we told you that Ottessa Moshfegh is the next big thing in the books world? If her stellar debut McGlue wasn't reason enough, her spooky August novel will make a believer out of you.

In Eileen, a slim but harrowing read, the now seventy-five-year-old title character reflects on her stint as a secretary in a boys’ prison in 1964. Shrouded in noirish intrigue and the hardscrabble bite of a Northeastern winter, both “X-ville” prison and Eileen herself are implacably bleak and utterly unreliable. Whether you passionately hate her, come to love her, or simply mistrust her, Eileen is a protagonist unlike any you’ve encountered before, either male or female.

And when asked about writing an “unlikeable” (or not especially likeable) protagonist, Moshfegh responded candidly. “I was curious what would happen if I had a character who was telling the truth about … the way she saw the world.” Moshfegh continued to speak about female protagonists in general, pointing out the unreasonably lofty expectations the audience tends to place on heroines enduring trauma.

“When we imagine a young heroine in a novel,” Moshfegh said, we imagine that, despite all the struggles she endures, she will still come out redeemed in the end.

Well, actually, that’s kind of BS. When the whole world is conspiring against you, that’s hard. And when you’re young, you’re vulnerable, you’re taking on responsibilities you’re not prepared for, you either lash out or you turn inward. And Eileen, poor Eileen, she does both. She’s doing everything she can just to get the hell out of her situation. So yeah, she may not be likeable — she shouldn’t be on primetime TV — but she’s real. She’s relatable...and yeah, [Eileen] is dark. But that’s just the reality of what happens when you’re in a tight spot.

True, traditionally "likeable" heroines in literature are always comforting to encounter. But what's even better than a warm-and-fuzzy character you'd want to grab a coffee with? A real one. Even if that means you're a little scared of her.