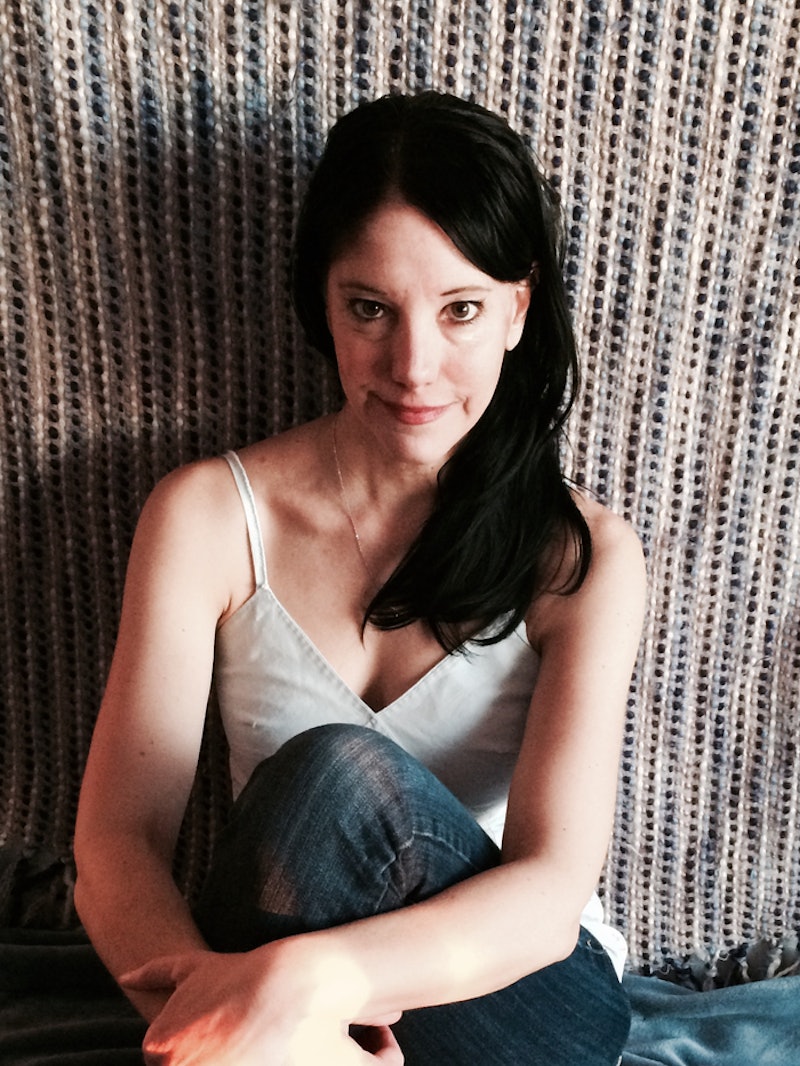 If you read debut author Jennifer Longo's Six Feet Over It last year, you might have thought, "Wow, I can't imagine a YA novel set in a more unique place." With nary a vampire or ghost in sight, Six Feet Over It was set in a family-owned cemetery. But the sophomore novel by Longo, Up to This Pointe, will prove all of us wrong. Her new young adult book for January 2016 is set in Antarctica. Yes, Antarctica. All of a sudden, your January will feel comparatively more like July.

But although the location may be unfamiliar (I would never judge your travel plans, readers), Longo has pulled in another familiar face in young adult lit for the hardcover design for Up to This Pointe, and bonus: also for the paperback release of Six Feet Over It. Noelle Stevenson designed both incredible covers. You will likely recognize her style from the famous cover of Rainbow Rowell's Fangirl or from her work on the killer, feminist comic series Lumberjanes . If you don't already know Stevenson's name, get to know it, stat. She's a force in young adult lit and comics, and all the cool kid authors are trying to work with her for their designs.

Up to This Pointe's Harper had one dream: to become a professional ballerina. But when a twist of fate makes that dream out of reach (no spoilers!), Harper ventures to chart a new course for her life, all the way to icy Antarctica to the McMurdo Station. You see, she's related to Robert Falcon Scott, the non-fictional British Royal Navy officer who died during an expedition to the South Pole on the ill-fated Terra Nova. But the cover, though.

First of all: "She had a plan. It went south." is perfection. This fictional story hits home for Longo, who not only has long had a fascination with Antarctica, but who trained as a ballerina for the first 18 years of her life. Clearly the cover came out so spectacularly, Longo and her publishing team worked with Stevenson to design a complementary cover for the paperback release of Six Feet Over It.

I already own Six Feet Over It, but obviously I'm going to need to buy another so I can have these amazing twinsies chilling together on my couch.