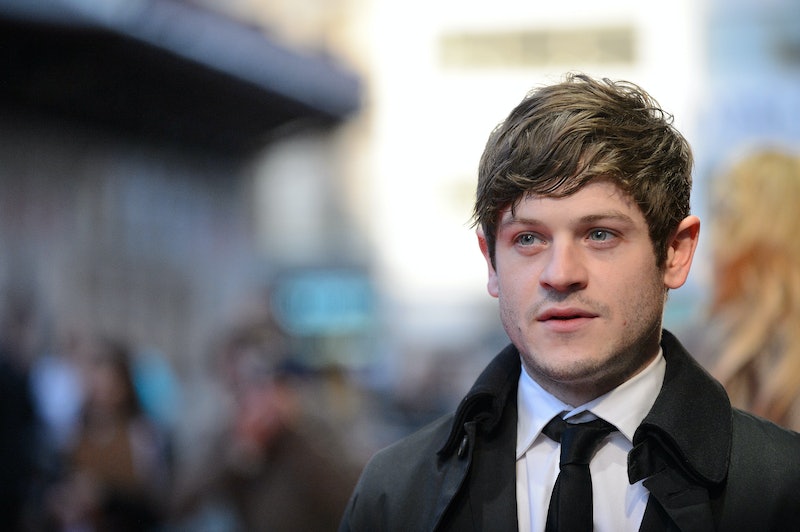 Take a look at that face above. In all likelihood, you recognize it from the popular E4 comedy-drama series Misfits or as the sadistic future Warden of the North, Ramsay Bolton, on Game of Thrones . There's no doubt that Iwan Rheon is an amazingly talented and versatile actor, but it turns out he's got more than one string to his bow when it comes to talent. Did you know that Rheon is also a musician — and a pretty accomplished one, at that? I know, it blew my mind, as well. And while he's far from the first actor to head down the singing path, he also happens to be shockingly good at it.

As it turns out, Rheon has been doing music since he was 16. He's now 30, and just last month he finally released his first full-length debut album, Dinard . If you're not one for buying new music before knowing exactly what you're going to get, you're in luck: Rheon actually uploaded the whole thing to his YouTube account so you can stream it, swoon over it, and basically become totally obsessed with just how great his voice is. Not convinced yet? Here, have a listen to this track, which is called "Diaries".

Pretty impressive, right? It seems like Rheon is a natural — something we got a sneak peak of when he took part in Coldplay's Game of Thrones musical sketch for Red Nose Day earlier this month. But it makes sense that he's taken to music like a fish to water, considering he's been doing it since before he even began to pursue acting. In fact, he was the lead singer of the band The Convictions back in his native Wales, before leaving the band to focus on his burgeoning TV career. And while it's clear that acting is what's taking up most of his time these days, it's good to see that he's kept up with his original passion for music, as well.

Of course, most entertainers find it hard to find crossover success in multiple fields. You find one you're good at and you stick to it, and very rarely do you get a chance to do anything but crash and burn in anything else. But Rheon's music career doesn't seem motivated by the desire to become more famous, but rather by his genuine passion for the craft. "I started off from a very early age listening to music, all the usual cheesy stuff that little kids like,” he recently recalled in an interview with Wales Online . “Then I started to get into Blur and Oasis – they were the bands that made me think, ‘Yes this is what I want’. They were the bands that made me pick up a guitar when I was 12."

I don't know about you, but I'm certainly glad he did.