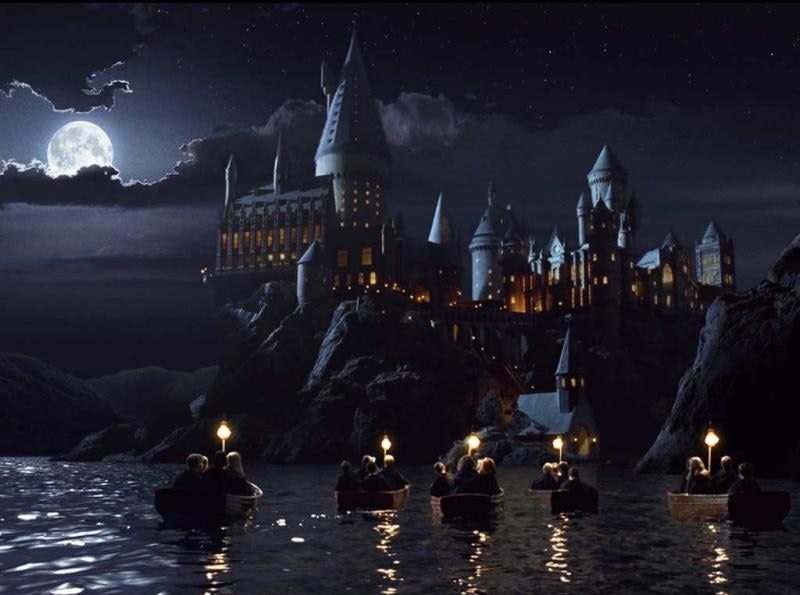 Ah, summer. As soon as the weather warms up, I start feeling a major sense of wanderlust creep in. There are so many places I would love to spend my summer, from the beaches of California to the bustling city of London... to the warm embrace of The Shire. Yes — I know I just wrote The Shire, a fictional location from a film, as a place I want to spend the summer. It might be a little tricky to get there, but I have always wanted to share a second breakfast with Samwise Gamgee, OK? Similarly, I also wouldn't say no to Stars Hollow, a fictional location from TV, as a place to spend the summer.

Maybe it is because I spent so many summers curled up with books and lost in other worlds, but summer and fiction go hand-in-hand for me. There is no better time than summer to curl up on a blanket, stare at the clouds, and imagine you're visiting your favorite fictional locales. I mean, just think of all the possibilities! After my second breakfast with Sam, I could hop a train to a certain small Connecticut town seen on The WB, before hailing the Knight Bus to take me deep into the wizarding world for a spot of adventure. Oh the places I would go.

If I could go anywhere this summer, though, each and every one of these fictional destinations would be on my must-see list.

1. The Shire (The Hobbit/Lord of the Rings)

Summer in The Shire would be amazing. Not only would it would be relaxing to stay in one of those adorable huts with the awesome doors, but the locals would be full of stories. Imagine chilling in The Shire, taking in the majestic views, and listening to Bilbo tell the tale of how he went adventuring with elves and dwarves. (I also hear The Shire has a fireworks show that would make Walt Disney weep.)

Stars Hollow boasts a cozy inn, an old school diner, and more festivals per month than any other town in the United States probably. The chance of running into fascinating residents like Miss Patty, Sookie, and the fabled Lorelai Gilmore is just an added bonus.

I don't care that it is a school, I'll take a summer course for muggles if I have to! With its expansive grounds and perpetually morphing castle, I would never run out of places to explore. A summer in Hogwarts would be full of adventure, a few scares, and lots of butterbeers, and if that isn't the best summer ever, I don't know what is.

Springfield may not look like the ideal vacation spot, but it is perfect for people who love the unexpected. There is always something going on in Springfield — pop-up music festivals, famous out-of-town visitors (even Paul McCartney!), and near-apocalypses are every day occurrences. Even on a slow day, there is plenty to do, as long as you like beer and clowns.

Don't listen to the sign. Pawnee is one the best (fictional) small towns America has to offer. It's home to Ya Heard? With Perd!, the occasional Mouse Rat concert, the best waffles ever at J.J.'s Diner, — and, thanks to Leslie Knope, the parks are pretty sweet too. Just, y'know, don't make eye contact with the raccoons. What more could you want out of a summer vacation destination?

OK, the island was not always the ideal place to spend summer. The pristine beaches were great, but the smoke monster was really bringing the place down. Now that Hurley is in charge of the island, though, sign me up for a visit! I imagine there will be lounging by the ocean, Dharma-approved s'mores, mini golf, and lots of trekking possibilities for the outdoors-y visitors who want to visit hatches and mystery caves.

I love all things mysterious, and Gravity Falls has an abundance of weird. There's the Mystery Shack for fake scares, and the zombies/rainbow barfing gnomes/Lil Gideon for the real ones. Plus, it feels a lot safer than say, Twin Peaks. That place is weird, man.

Capeside is the very definition of a sleepy, seaside town — but that sounds appealing to me. The ocean is nearby and I could bring books and Pacey-watch. I won't lie, that's literally all I need to be happy.

9. Storybrooke (Once Upon A Time)

I considered so many fairytale lands I would like to visit that I ultimately decided it would be easier to just go to Storybrooke. Sure, Wonderland, The Emerald City, and Neverland would all be great on their own, but why not just hang out with all of the characters at once in a place where pie is readily available? Exactly.

Why? Because that's where the Ewoks live! Of course I want to spend my summer with living teddy bears. Who wouldn't?

Captain Malcolm Reynolds has been known to take in passengers, and a summer on the Serenity would mean the entire 'verse would be at my fingertips.