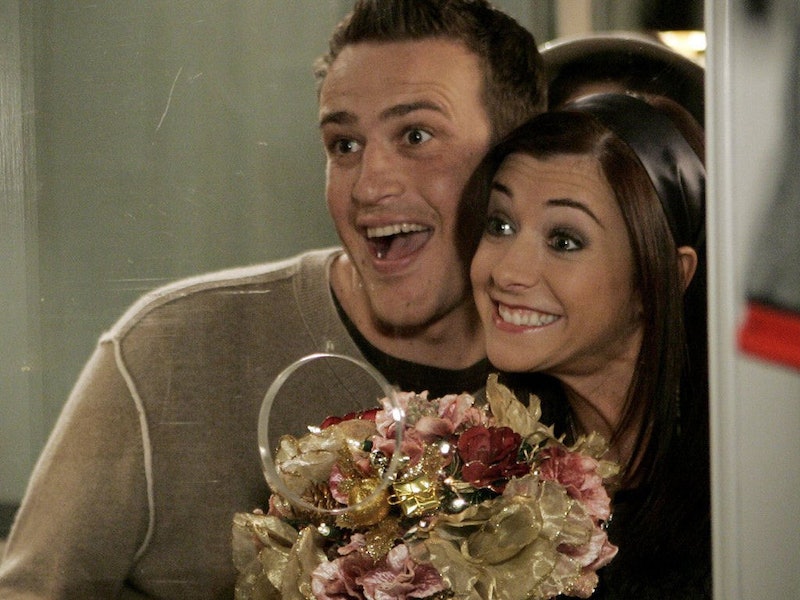 The time has come once again for me to discuss one of my favorite series that I continue to repeatedly binge-watch on Netflix. I'm talking, of course, about How I Met Your Mother. With a show centering on Ted Mosby's quest to find the woman he was destined to marry, it's no surprise that the series showcased a series of squee-worthy romances. Because Ted couldn't be the only one enjoying the fruits — and labors — of the proverbial dating pool, the show offered many couplings that we came to know and love. Two characters that had already been madly in love for years during the series pilot were Marshall and Lily.

Otherwise known as the cutest couple ever in the history of cutest couples ever, the pair didn't need any buildup in their storyline to showcase their unparalleled adorableness. Even when they disagreed, these two would invariably make things work, because they were absolutely made for each other. They accepted each other's idiosyncrasies (which, by the way, also happened to be pretty cute), supported each other's endeavors, and — above all else — made the other feel happy and loved even during the hardest of times. While it can be easy to feel a pang of envy when seeing couples like this out and about IRL, Marshall and Lily's pairing was so charmingly sweet, it only made us feel things that can best be articulated with a resounding "aww!" Let's take a look at why Marshall and Lily were too cute for words.

Seriously, how can you get more adorable than Marshmallow and Lilypad? I almost wish my parents had named me Lily simply so I could have a guy call me this one day.

They're Totally In Sync

The couple who snaps and high fives together, stays together.

They Stood By Each Other Through Thick & Thin

And that included wardrobe malfunctions.

They Had The Best System For Dealing With Arguments

Even the best couples argue from time to time. If Marshall and Lily needed a breather from a disagreement, they would "pause" the argument to be adorable until they were ready to "unpause" and finish hashing out their differences. To be honest, even their "unpause" moments were pretty adorable.

Lily and Marshall never had a problem goofing off, whether it was a duet at karaoke or playing pranks.

They Truly Make Each Other Happy

While Robin and Ted — and subsequently, Robin and Barney — tussled with whether or not they were right for each other or could truly make each other happy, Lily and Marshall showcased the undeniable happiness that Ted spent a majority of the series searching for.